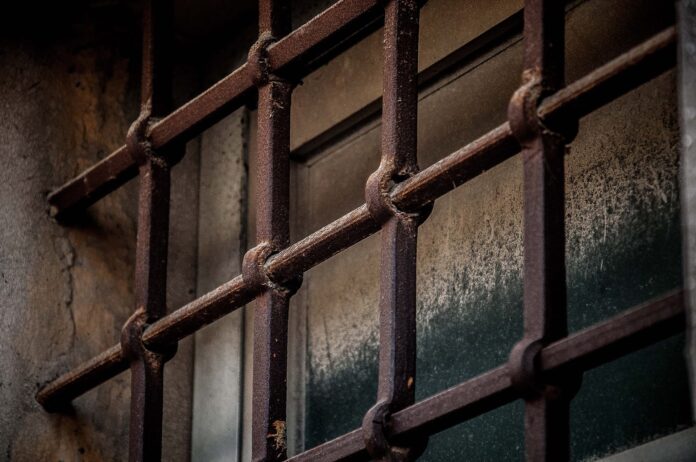 A British government report summarizing a qualitative study to explore the nature of Muslim groups and related gang activity in three high security prisons has revealed a sub-group of Muslim prisoners operating as a gang under the guise of religion.

U.K. studies exploring prison gangs suggest there is some gang presence but perhaps not to the same extent as that found in the U.S., where prison gangs are highly structured and organized with considerable control over the prison.

Research in an English high security prison showed that Muslim gangs, formed for criminal purposes, can present both a management challenge due to criminal behavior and also sometimes through the risk of radicalization. However, prisoners who form into friendship groups for support, companionship and through shared interests should not be confused with gangs formed for criminal purposes. It is therefore important to understand the differences between prison group and gangs and distinguish between them.

The study therefore used a qualitative approach with interviews being conducted with 83 randomly selected adult male prisoners located on the main wings and 73 staff from a range of disciplines across three establishments.

The study found the main prisoner group to be a large, diverse group of prisoners who connected through a shared Muslim faith. Respondents were questioned on the presence of other prisoner groups but none were considered to be as dominant or significant when compared to the Muslim group. Membership offered many supportive benefits including friendship, support and religious familiarity.

A small number of prisoners within the group were perceived by those interviewed to be operating as a gang under the guise of religion and were reported to cause a significant management issue at each establishment. The gang had clearly defined membership roles including leaders, recruiters, enforcers, followers and foot-soldiers. Violence, bullying and intimidation were prevalent with the gang, using religion as an excuse to victimize others. The gang was perceived to be responsible for the circulation of the majority of the contraband goods in the establishments. Motivations for joining the gang were varied but centered on criminality, safety, fear, protection and power.

The study found strong themes of coercion, pressure and, in some cases, violence to increase numbers. Initially relational or indirect aggression was used in the form of psychological violence. However, there were reports of some extreme violence being enacted on those who were reluctant to convert.

One non-Muslim prisoner said: “there is an underlying pressure for people to convert and join the gang. The tactic they use is to befriend someone when they come in. If they don’t convert they will then start spreading rumors about them, that the person is a snitch, so that they will be ostracized. Then the beatings will follow.”

The Muslim gang numbers were swelled by ‘followers’ and ‘foot-soldiers’, who joined for protection and/or criminality. They were largely expected to carry out violence for the gang leaders, which they would do for approval, acceptance and allegiance to the gang. They tended to be recent converts to Islam, often having converted while in custody.

Within the gang there was an in-group and an out-group based on birth right, religious knowledge and vulnerability. Some Black prisoners who had joined the gang described how they felt exploited and discriminated against by senior members, always being perceived as having lower status.

A Muslim prisoner told the study: “they get Blacks to join as they can push their buttons to do things. Blacks don’t get the same invitations Asians do. If you’re Asian they’d be cooking for you.”

Some foot-soldiers fulfilled the role of ‘enforcers’, to ensure other gang members were following the autocratic rules of the leaders. Rules were implemented, which included strict adherence to the teachings of Islam and, for all prisoners regardless of faith, rules included wearing underpants while showering and no cooking of bacon. The justification for these rules was ostensibly to respect their religion, but they were enforced through violence and intimidation.

The gang was seen to have a disruptive and antagonistic influence, having become a management issue. Some of the foot-soldiers were reported to be argumentative and confrontational with staff, exploiting staff’s sometimes limited knowledge of Islam to dispute prison rules. As gang leaders were often outwardly compliant with staff, they were considered more difficult to understand and supervise; especially given the influence they had over other gang members, by inciting feelings of discrimination and disaffection.

Strong themes of violence and power emerged, with the majority of violent incidents being attributed to gang members by those interviewed. Revenge attacks were enacted on 15 prisoners who had been in conflict with a gang member. The use of religion as an excuse to engage in gang behavior and victimize others was widely discussed during the study. It was generally felt that being anti-authority, seeking power and violence were far greater behavioral drivers than faith, with many showing little interest in Islam.

A member of prison staff told the study: “they are criminal offenders who want power and influence and to be disruptive, and they happen to be Muslim. Have there been incidents by Muslim prisoners? Yes, but this is about power, status, criminality, not faith.”

Some Muslim prisoners, especially those who were keen to disassociate themselves from the gang, spoke positively about staff. They thought staff were able to differentiate between genuine Muslims and gang members and maintained good control over the gang.

Comparisons were made with historic prison gangs and respondents acknowledged that gang problems, especially in the high security prisons, were something staff had always had to manage and would continue to require careful supervision.