On Nov. 12, Hay’at Tahrir Al-sham (HTS) announced that it was looking for those interested in training to become fighters, operators of Caterpillar construction equipment, and operators of surveillance drones.

According to the announcement, those interested in becoming fighters in the Osama bin Zaid Brigade, which is part of the “Elite Force,” could apply between Nov. 12 and Nov. 15 by contacting a phone number. The announcement, which was posted on pro-HTS Telegram channel Aafaq News Agency, also noted that applicants should be healthy, have no injuries, be single or ready to commit in case they are married, have successfully passed their religious training, and be of good character.

HTS gives a Telegram channel for those interested in training to become operators of Caterpillars or of surveillance drones. 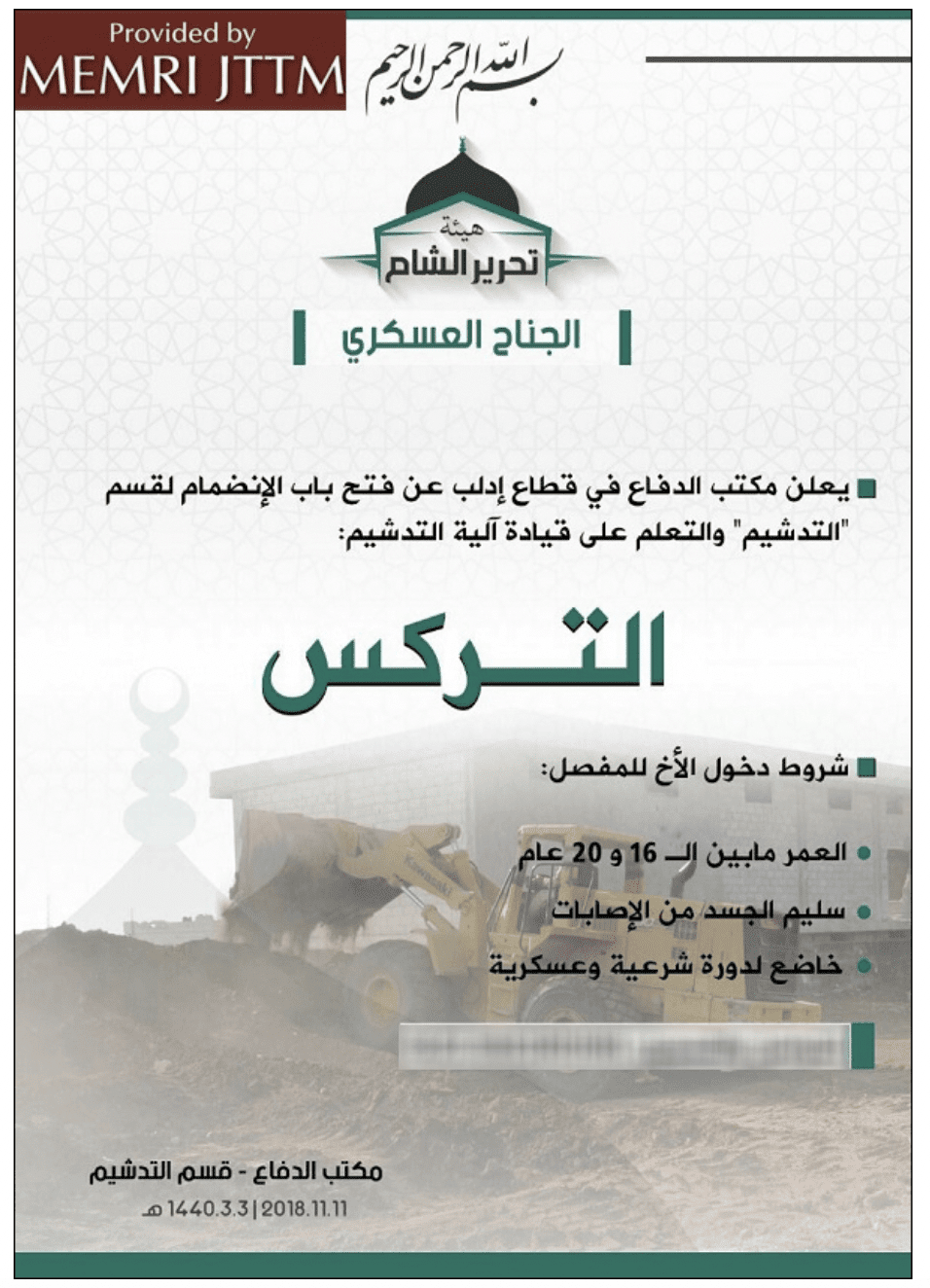