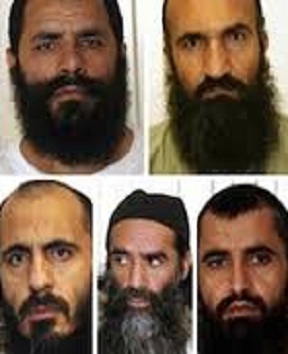 It might seem incredulous, but the Taliban has never been designated as a foreign terrorist organization, despite having harbored Usama Bin Laden and his former core Al Qaeda infrastructure, and is an Islamist group whose jihadist ideology isn’t substantively different than other Islamist jihadi organization, especially the Islamic State (ISIS).

In fact, former top Taliban officials the Obama administration ordered released from military custody at GITMO had intimate ties to Al Qaeda, as Homeland Security Today recently examined in detail in the report, There Will be Blood: Freeing the Vilest of the Vile from GITMO.

Introduced by Rep. David McKinley (R-WV), House Concurrent Resolution 13 approved by the House Committee on the Judiciary Thursday, calls for the Department of State “to do what it should have done long ago — recognize the Afghan Taliban as a foreign terrorist organization,” said committee chairman Rep. Bob Goodlatte (R-Va.).

“I was troubled to learn that the State Department has never designated the Afghan Taliban as a foreign terrorist organization,” Goodlatte said Thursday. “Yes, the same Afghan Taliban that provided a safe haven for Al Qaeda until US forces liberated Afghanistan from the Taliban’s control after Al Qaeda’s September 11 terrorist attacks.”

Goodlatte stated, “The Taliban has conducted a multitude of deadly attacks aimed at civilians since it was overthrown, and is responsible for most insurgent attacks in Afghanistan. Last year alone, the United Nations reported that the Taliban conducted 143 attacks aimed at civilians. In just one of those incidents, Taliban terrorists attacked a restaurant in Kabul, killing 21 people, including three Americans.”

Even the Obama administration “has admitted that the Taliban do ‘carry out tactics that are akin to terrorism,” and “pursue terror attacks in an effort try to advance their agenda.’ The Taliban’s embrace of terrorism and the very real threat it poses to American lives and the national security of the United States make it an obvious choice for designation,” Goodlatte stated.

Moreover, counterterrorism officials said there really isn’t any ideologically religious difference between the Taliban, Al Qaeda and its affiliates and the newly established Islamic State (ISIS), contrary to what the Obama administration has asserted.

“They all engage in Islamist jihad against unbelievers, pure and simple … there’s no distinction at their core belief,” one the officials said.

“I can only hope that the Obama administration did not rely on this distinction without a difference to justify negotiating with the Taliban for the release of accused deserter Sergeant Bowe Bergdahl,” Goodlatte said. “Despite having a policy of not negotiating with terrorists, the administration irresponsibly exchanged Sgt. Bergdahl for five Taliban terrorists detained at Guantanamo Bay.”

And, “By so doing,” he stated, “the administration has emboldened all terrorist organizations and has created the risk that five terrorists will reenter the field of battle” – jihad.

Continuing, Goodlatte said that, “Despite any embarrassment that designating the Taliban as a foreign terrorist organization might cause the administration, it is the right thing to do. And designation will make it less likely that Taliban members and sympathizers will be able to enter the United States.”

“The effect of such a designation is threefold,” Goodlatte said. “First, aliens are subject to grounds of inadmissibility and deportability for ties to all terrorist organizations — whether or not the groups have been designated by the Secretary of State. However, the grounds are more expansive for aliens with ties to designated organizations. In addition, the administration’s ability to waive the terrorism grounds of inadmissibility with respect to an alien is unavailable for aliens who are members or representatives of designated organizations or have received military training from such organizations.”

Third, Goodlatte said, “the Immigration and Nationality Act provides that the Secretary of the Treasury may require US financial institutions possessing or controlling any assets of designated organizations to block all financial transactions involving those assets.”