Poole Franklin was driving her Jeep Grand Cherokee on Creston Avenue in Des Moines, Iowa, where the first child-victim was walking along the sidewalk with another minor family member. 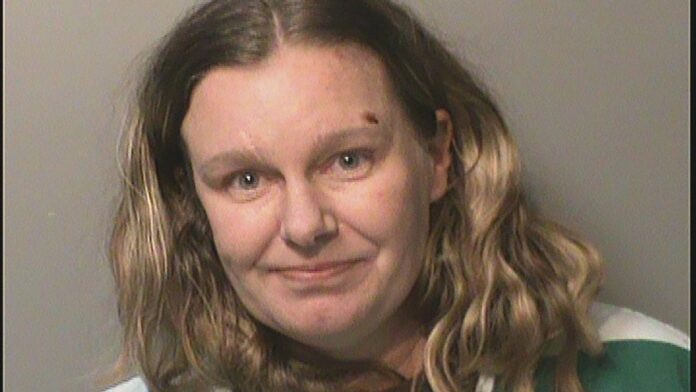 An Iowa woman was sentenced yesterday on two hate crimes charges for attempting to kill two minor victims because of their race and national origin.

Nicole Poole Franklin, 42, was sentenced by U.S. District Judge Stephanie M. Rose to 304 months in federal prison on each count, with the sentences to run concurrently to each other and concurrent to the sentence imposed in the related state court case. Poole Franklin previously pleaded guilty in federal court on April 22, to two counts of hate crime acts.

According to court documents and statements made at the sentencing hearing, on the afternoon of Dec. 9, 2019, Poole Franklin was driving her Jeep Grand Cherokee on Creston Avenue in Des Moines, Iowa, where the first child-victim was walking along the sidewalk with another minor family member. Upon seeing the children and believing that the victim was of Middle Eastern or African descent, Poole Franklin drove her vehicle over the curb towards both children, striking one of them. Poole Franklin then drove away from the scene. The assault resulted in injury to the victim, including cuts, bruising, and swelling. Approximately 30 minutes later, Poole Franklin was driving her Jeep near Indian Hills Junior High School in Clive, Iowa, where the second child-victim was walking on the sidewalk. Poole Franklin, believing that the child was Mexican, drove her vehicle over the curb and struck the victim, causing serious injury, including a concussion, bruises, and cuts. Poole Franklin again drove away from the scene but was apprehended later that day.

“Nicole Poole Franklin attempted to kill two children because of the way they looked and where she believed they came from. This kind of egregious racial violence and hatred has absolutely no place in this country and will not be tolerated by the Justice Department,” said Assistant Attorney General Kristen Clarke of the Civil Rights Division. “Children deserve to walk the streets of their neighborhood without fear of violence because of what they look like and where they come from and deserve to grow up in a world where they are not targeted simply because of who they are. The Justice Department will continue to protect the civil rights of all individuals and vigorously prosecute those who commit hate crimes in this country.”

“Nothing can be more devastating to the American dream of equal rights than the actions of Poole Franklin on a hate filled Dec. 9, 2019, as she callously attempted to run over and kill a 12-year-old boy and a 14-year-old girl – two minors who had done nothing wrong other than innocently walk on a street and happen to be of a different race and skin color from Poole Franklin,” said Acting U.S. Attorney Richard D. Westphal for the Southern District of Iowa. “Her actions temporarily shattered, but did not permanently defeat this dream because these two courageous victims, and their amazing families, continue to epitomize the hopes of what our society can be. Holding Poole Franklin accountable, not only for her intentional actions, but for the malicious beliefs behind them, is what our justice system should be, and a must to provide just punishment, afford adequate deterrence, and protect the public form further crimes by this defendant.”

“Nicole Poole Franklin committed a despicable crime,” said Special Agent in Charge Eugene Kowel of the FBI Omaha Field Office. “She targeted and seriously injured two children because of the color of their skin. FBI Omaha will continue to work closely with our law enforcement partners to investigate hate crimes and seek justice for the victims. We encourage everyone to report such crimes to the FBI.”