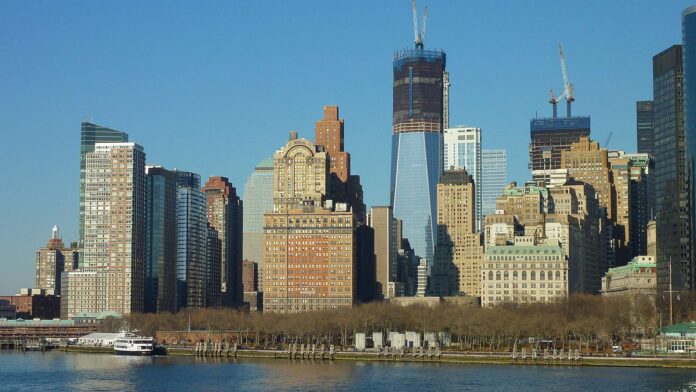 A New York man was sentenced today to life in prison for detonating a bomb in a New York City subway station. He admitted that he conducted the terrorist attack on behalf of the Islamic State of Iraq and al-Sham (ISIS), a designated foreign terrorist organization.

Akayed Ullah, 31, of Brooklyn, New York, and a lawful permanent resident of Bangladesh, was convicted by a federal jury of offenses related to the detonation and attempted detonation of a bomb in a subway station near the New York Port Authority Bus Terminal in New York City on Dec. 11, 2017. According to court documents, on Dec. 11, 2017, at approximately 7:20 a.m., Ullah detonated a pipe bomb strapped to his chest in a subway station near the Port Authority Bus Terminal in midtown Manhattan. Shortly after the blast, first responders located Ullah lying on the ground in the station where he had detonated the improvised explosive device, and he was taken into custody. Surveillance footage captured Ullah walking through the station immediately prior to the explosion and then detonating the bomb.

“Ullah constructed a pipe bomb and detonated it in a mass transit hub in the heart of New York City to harm and terrorize as many people as possible – and he admitted that he did it on behalf of ISIS,”  said Assistant Attorney General John C. Demers for the Justice Department’s National Security Division. “This case reminds us that the threat of ISIS-inspired terrorism remains real. This sentence holds Ullah accountable, as he will spend the rest of his life in federal prison for his crimes. I want to thank all of the agents, analysts, and prosecutors whose outstanding work made this result possible.”

“Akayed Ullah, previously convicted in a New York federal court of carrying out a lone-wolf bombing attack on behalf of ISIS at the Port Authority Bus Terminal, a bustling transit artery in New York City, admittedly intended to murder as many innocent Americans as possible,” said U.S. Attorney Audrey Strauss for the Southern District of New York. “Ullah’s motive was clear and unambiguous: a deeply held ideological hatred for America. Ironically, Ullah’s actions resulted only in reaffirming the greatness of America by displaying the fairness and impartiality for which our justice system stands. Ullah received a speedy, fair, public trial, and was convicted by a jury of his peers. Akayed Ullah’s message of hatred clearly backfired; his just sentence of life in prison only exemplifies that cowardly acts of terrorism will be met with law enforcement’s unwavering resolve to protect our core values of freedom and democracy.”

“The defendant sought to attack innocent Americans who were going about their daily lives,” said Acting Assistant Director Patrick Reddan for Counterterrorism at the FBI. “He will now spend the rest of his life in prison, where he will not be in a position to attempt another attack. While the terrorism threat continues to evolve in this country, groups like ISIS remain committed to attacking America, and the FBI will continue to work with our JTTF partners across the country in our commitment to track down and disrupt terrorists who seek to harm our homeland.”

According to court documents and the evidence presented at trial, Ullah began radicalizing in approximately 2014. Ullah disagreed with U.S. foreign policy in the Middle East and began seeking out online materials promoting radical Islamic terrorist ideology. In particular, Ullah was inspired by ISIS propaganda, including a video in which ISIS instructed supporters to carry out attacks in their homelands if they were unable to travel overseas to join ISIS. Ullah began researching how to build a bomb about a year prior to his attack. He built his pipe bomb in the weeks leading up to the attack at his Brooklyn apartment.

Following the attack on Dec. 11, 2017, law enforcement located remnants of the pipe bomb on Ullah’s person and strewn across the attack site in the subway station. Law enforcement found, among other things: (i) a nine-volt battery inside Ullah’s pants pocket, which he used as the power source for triggering the bomb; (ii) wires connected to the battery and running underneath Ullah’s jacket; (iii) plastic zip ties underneath Ullah’s jacket, which he used to strap the bomb to his body; (iv) several fragments of a metal pipe, which Ullah had filled with an explosive substance that he made using sugar and match heads; (v) fragments of Christmas tree lightbulbs attached to wires, which Ullah used to ignite the explosion; and (vi) numerous metal screws. Ullah filled his pipe bomb with dozens of metal screws to function as shrapnel, for the purpose of causing maximum damage.

On the morning of the attack, shortly before detonating his bomb, Ullah posted a statement on Facebook referring to the then-President of the United States, stating: “Trump you failed to protect your nation.” Ullah also posted an ISIS slogan so that ISIS would know that he had carried out the attack on behalf of the foreign terrorist organization.

After Ullah was taken into custody following the attack, he waived his Miranda rights and spoke to law enforcement. Ullah was inspired by ISIS to carry out the Dec. 11 attack, and stated, among other things, “I did it for the Islamic State.” He also said that he chose a busy weekday morning for the attack in order to “terrorize as many people as possible.” One commuter who was inside the station when Ullah detonated the pipe bomb suffered a shrapnel wound to his leg, and two other victims partly lost their hearing as a result of the blast. Ullah’s attack caused the Port Authority subway station and bus terminal to shut down temporarily, disrupting the lives of commuters across the New York City area.

After the attack, law enforcement searched Ullah’s apartment pursuant to a search warrant. Agents recovered, among other things, Ullah’s passport, which contained the handwritten statement, “O AMERICA, DIE IN YOUR RAGE.” Less than two weeks before carrying out the attack, Ullah had watched and drawn inspiration from a particular ISIS propaganda video that proclaimed, “die in your rage, America,” with an image of the U.S. Capitol in the background.

Later in December 2017, while in custody at the Metropolitan Correctional Center on the charges in this case, Ullah began chanting “more is coming” at a correctional officer, and then told the officer: “You started this war, we will finish it. More is coming, you’ll see.”

Assistant Attorney General Demers and Acting U.S. Attorney Strauss praised the outstanding investigative efforts of the FBI, the New York Police Department (NYPD) and Port Authority Police Department (PAPD). Ullah’s conviction is the result of the close cooperative efforts of the U.S. Attorney’s Office for the Southern District of New York, the Justice Department’s National Security Division, and the FBI’s New York Joint Terrorism Task Force, which consists of investigators and analysts from the FBI, the NYPD, and over 50 other federal, state, and local agencies.