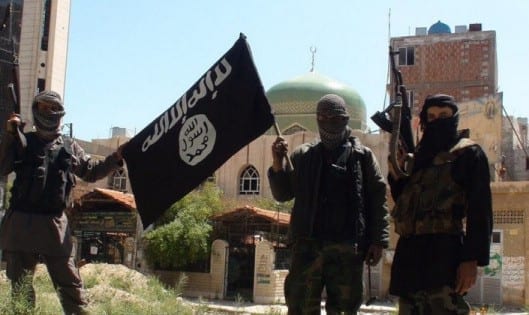 A joint effort from law enforcement authorities from EU member states, Canada and the USA managed to take down the Islamic State propaganda machine for some time Thursday.

The case started at the end of 2015 when Europol informed all EU member states about the rise of the Amaq News Agency and the technical resilience of the terrorist online infrastructure. Since then law enforcement agencies have, in a continuous joint effort, taken down the web assets of the media outlet.

A first takedown was launched against Amaq’s mobile application and web infrastructure in 2016, which forced the propagandists to build a more complex and secure infrastructure to prevent further disruption from law enforcement. In 2017, a second strike, led by the Spanish Guardia Civil and supported by Europol and the USA, targeted part of the news agency’s web assets and infrastructure. The servers seized by the Guardia Civil allowed for the identification of radicalized individuals in more than 100 countries worldwide.

Then yesterday, a simultaneous takedown led to the seizure of digital evidence by law enforcement from Bulgaria, France, Romania, and the seizure of IS servers in the Netherlands, Canada and the USA. The United Kingdom (Counter Terrorism Internet Referral Unit) took the lead in the referral process of top-level domain registrars abused by IS.

Amaq News Agency is the main mouthpiece of IS. It was officially endorsed by the terrorist organization in July 2017 and has since become the primary source of information regarding the remaining activities of IS worldwide.

Since 2015 Amaq News Agency has been launching its own software and has developed highly resilient online infrastructure hosting. As of December 2017 the entire range of IS propaganda is available in at least nine different languages, as well as a wide range of online services, such as mailed newsletters and add-on extensions for the most common browsers.

“With this ground-breaking operation we have punched a big hole in the capability of IS to spread propaganda online and radicalize young people in Europe,” said Rob Wainwright, executive director of Europol. “I applaud the determined and innovative work by Europol and its partners to target a major part of the international terrorist threat prevalent in Europe today.”

Law enforcement agencies involved expect that the data retrieved as a result of the takedown will help to identify the administrators behind IS media outlets and potentially radicalized individuals on European soil and beyond.