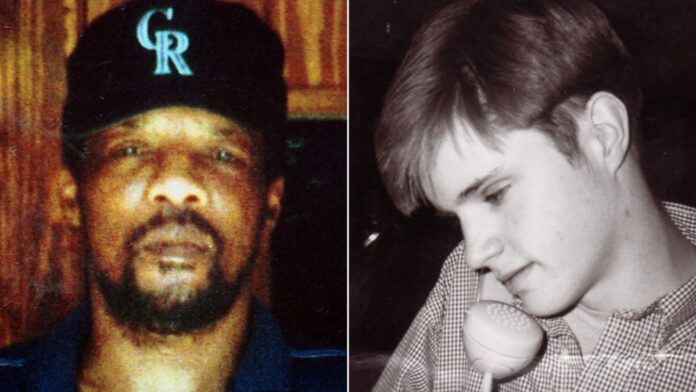 In commemoration of the tenth anniversary of the enactment of the Matthew Shepard and James Byrd, Jr., Hate Crimes Prevention Act, the Department of Justice today announced technical assistance resources to fight hate crimes across the country, including development of a new hate crimes training curriculum for law enforcement, and a hate crimes outreach and engagement program for communities entitled ‘United Against Hate: Cultivating Community Partnerships.’

“Hate crimes are especially reprehensible because of the toll they take on families, communities, and our nation as a whole. Precisely because they are fueled by bias against specific people and groups, they also are a grave affront to America’s foundational principles and ideals,” said Attorney General William P. Barr. “That is why the Department of Justice is committed to using every tool at its disposal to combat crimes motivated by this kind of intolerance. The measures announced at today’s commemoration of the tenth anniversary of the Hate Crimes Prevention Act will strengthen our ability to identify and prosecute those who perpetrate these unconscionable acts of hatred.”

“The tenth anniversary of the Shepard-Byrd Act reminds us of the Act’s continued importance. Today Department of Justice officials, law enforcement, and other Americans have come together to highlight both the substantial efforts we have made to combat, prevent, and prosecute hate crimes, and the critical work still to be done,” said Assistant Attorney General Eric Dreiband for the Civil Rights Division.

A year ago this month, in October 2018, the Department’s Hate Crimes Enforcement and Prevention Initiative convened a law enforcement roundtable on hate crimes. The day and a half–long event, highlighted in a forthcoming report, brought law enforcement and other leaders from around the country together with Department of Justice officials to explore successful practices and challenges in identifying, reporting, and tracking hate crimes. At the roundtable, it was announced that technical assistance through the Collaborative Reform Initiative for Technical Assistance Center (CRI-TAC) – a partnership with the International Association of Chiefs of Police and nine leading law enforcement leadership and labor organizations, — funded through the Office of Community Oriented Policing Services (COPS Office) — would be extended to help state, local, and tribal law enforcement with hate crimes prosecution and prevention.

The Department announced that the COPS office is supporting the development of a new hate crimes curriculum through CRI-TAC. This important training will focus on law enforcement response, investigation, and reporting of hate crimes consistent with the Administration’s guidance.  The course when developed and made available will be focused on increasing the capacity and competency to investigate and accurately report hate crimes, and pursuing the best option for prosecution of perpetrators.

At last year’s roundtable, law enforcement emphasized the single most important tool the federal government could provide would be training to improve investigating and reporting of hate crimes to state, local, and tribal law enforcement.

“The training is directly responsive to the requests from the field that we heard at the Initiative’s Law Enforcement Roundtable, and embodies our philosophy of ‘by the field, for the field,’” said COPS Director Phil Keith.

In addition to the hate crimes training, the Department is also launching a two-phase hate crimes outreach and engagement program. The outreach program “United Against Hate: Cultivating Community Partnerships,” aims to address the underreporting of hate crimes to law enforcement.  In phase two of the outreach program the U.S. Attorney’s Offices will have the opportunity to facilitate trainings across the country, convening a wide array of community groups, such as advocacy organizations, educators, and local leaders (including religious leaders) to discuss the impact of hate crimes and explore strategies to build trust with federal, state, local, and tribal law enforcement.

In southern California, after a shooter killed one and wounded three others at the Chabad of Poway Synagogue, and set fire to the Dar-ul-Arqam Mosque in Escondido, the Department secured a 113-count indictment that included numerous hate crimes charges.  And in Dallas, Texas, the Department secured a guilty plea from a man for kidnapping and conspiracy charges for his involvement in a scheme to single out men because of their sexual orientation. The defendant conspired with others to use Grindr, a social media platform, to lure gay men to areas around Dallas for robbery, carjacking, kidnapping, and violent hate crimes.

“The FBI’s mission is simple but profound: to uphold the Constitution and protect the American people. It’s why battling hate crime is one of the FBI’s top priorities,” said FBI Director Christopher Wray. “Hate crime strikes at the very heart of our society, targeting people in our communities based solely on who they are. The FBI will not allow this threat to cast a shadow over our safety and our security. We’ll continue to work with our law enforcement partners and use every tool at our disposal to prevent and investigate acts of hate and protect the American people.”

“Prosecuting hate crimes is critical to keeping our community safe. When one member of a group in the community is the victim of a hate crime, all members carry with them a fear that they too may be targeted because of who they are,” said U.S. Attorney for the District of Columbia Jessie K. Liu, Chair of the Attorney General’s Advisory Committee. “The Department of Justice will use every tool at its disposal to protect the people of the United States from these cowardly crimes.”

The Department offers a variety of training and outreach programs to work with local communities and organizations and law enforcement to find, identify, investigate, and prosecute hate crimes cases all over the country. These programs include state and local law enforcement trainings, roundtable and panel discussions, stakeholder telephone conferences, and hate crime summits.