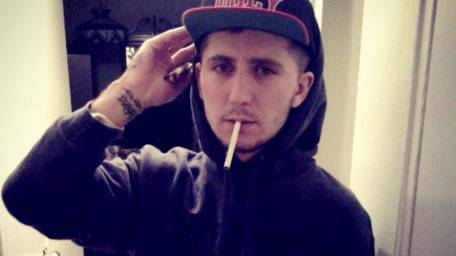 A New York man pleaded guilty to attempting to provide material support and resources to the Islamic State of Iraq and al-Sham (ISIS) and the al-Nusrah Front, both designated by the U.S. Department of State as foreign terrorist organizations.

According to court documents, Elvis Redzepagic, 30, of Commack, New York, began communicating in early 2015 with an individual he believed to be both the commander of a battalion in Syria and a member of ISIS or the al-Nusrah Front, and made attempts to join that individual’s battalion to engage in violent jihad. In July 2015, Redzepagic traveled to Turkey and made multiple unsuccessful attempts to cross the border into Syria. Unable to enter Syria from Turkey, Redzepagic traveled to Jordan in August 2016, but was stopped and deported by Jordanian authorities.

“Redzepagic has admitted to travelling overseas to try to join and provide material support to ISIS and the al-Nusrah Front, two foreign terrorist organizations that were engaged in fighting in Syria,” said Assistant Attorney General John C. Demers for the Justice Department’s National Security Division.  “The threat from these terrorist organizations has not ended, and we will continue to work to stem the flow of fighters and bring to justice those who provide material support to these groups.”

“Redzepagic, a Long Island resident, admitted that he attempted to travel to Syria on several occasions to wage jihad on behalf of ISIS and other organizations dedicated to violence and mass destruction,” said Acting U.S. Attorney Mark Lesko for the Eastern District of New York. “This Office is committed to preventing the spread of terrorism by stopping individuals like the defendant in their tracks and prosecuting them before they are able to harm the United States and its allies.” Acting U.S. Attorney Lesko praised the outstanding efforts of the FBI’s New York Joint Terrorism Task Force, which consists of investigators and analysts from the FBI, the NYPD, and over 50 other federal, state, and local agencies.

In Facebook messages from October 2015, Redzepagic explained that “jihad” is when “you fight for the sake of God” and “die for the sake of Allah.”  Redzepagic stated that he traveled to Turkey to “perform Jihad and join Jabhat Al-Nusra.” He predicted, “there will come a time where people will only know to say Allahu Akbar.”  In subsequent interviews with law enforcement, Redzepagic admitted that at the time he attempted to enter Syria, he was prepared to strap a bomb to himself.

Redzepagic pleaded guilty to attempting to provide material support to a designated foreign terrorist organization. If convicted, he faces up to 20 years in prison. A federal district court judge will determine any sentence after considering the U.S. Sentencing Guidelines and other statutory factors.

The FBI’s New York Field Office is investigating the case.