Officers also recovered guns and a stamped envelope addressed to an LGBTQ+ affiliated attorney containing the remains of a dead bird. 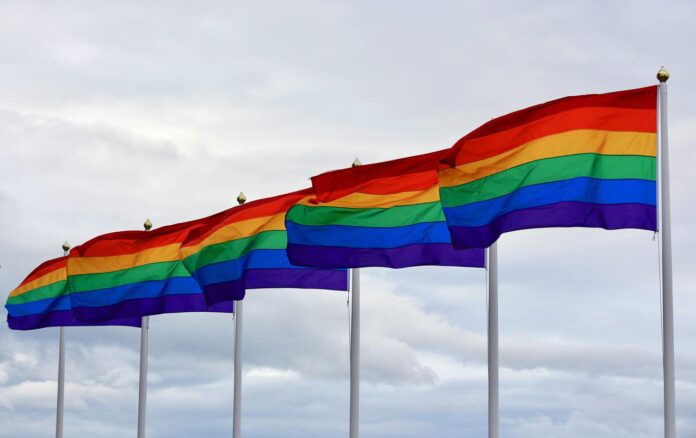 In federal court in Central Islip, United States District Judge Joanna Seybert sentenced Robert Fehring to 30 months in prison for mailing more than 60 letters to LGBTQ+ affiliated individuals, organizations and businesses, many of which contained threats to kill, shoot, and bomb the recipients.  Fehring pleaded guilty to the charge in February 2022.

“There is no room for hate in the Eastern District of New York. Today’s sentence makes clear that threats to kill and commit acts of violence against the LGBTQ+ community will be met with significant punishment,” stated United States Attorney Peace.  “We will use the full power of our office to bring to justice those who threaten to kill or hurt people because of who they are, and to ensure everyone in our district is able to live authentically, safely and in peace.”

United States Attorney Peace also expressed his gratitude to the Suffolk County District Attorney’s Office for their assistance in the investigation.

“Robert Fehring made heinous threats against members of the LGBTQ+ community in locations throughout New York, including Suffolk County, for nearly eight years,” Suffolk County Police Commissioner Harrison said. “Thanks to the tireless efforts of our department’s Hate Crimes Unit detectives and the diligent work of our law enforcement partners, Fehring is being held accountable for his crimes. This sentence reiterates that hate and intolerance have no place in Suffolk County.”

As set forth in the court filings and today’s proceeding, from at least 2013 to 2021, Fehring sent letters threatening violence to individuals associated with the LGBTQ+ community.  In those letters, Fehring threatened to, among other things, use firearms and explosives against the recipients.  Two such letters threatened that there would be an attack on an LGBTQ+ event in Huntington, New York that would be like the 2013 Boston Marathon bombing.  Another letter threatened that radio-controlled explosives would be planted at a beach club in Long Beach, New York that had hosted a LGBTQ+ event.  In another letter sent in June 2018, Fehring threatened the operators of a water ferry service from Sayville to Fire Island, New York that they should “screen everyone coming on board with a metal detector” and that “a thorough search of your boats would be in order.”

Fehring also sent a threatening letter to the owners of the Stonewall Inn in Manhattan and an African American-owned barbershop affiliated with the LGTBQ+ community in Brooklyn.  The letter to the Stonewall Inn stated, “we will blow up/burn your establishments down.  We will shoot those who frequent your dens of [expletives].”  The letter to the barbershop purported to be from “People Who Hate Gays … and In Particular [n-word] Gays and stated, “your shop is the perfect place for a bombing … or beating the scum that frequents your den of [expletive] into a bloody pool of steaming flesh.”

At Fehring’s sentencing hearing, six victims addressed the Court and described the fear that Fehring’s threats instilled in them.

The government’s case is being handled by the Office’s National Security and Cybercrime Section, Civil Rights Section, and Long Island Criminal Division. Assistant United States Attorneys Francisco J. Navarro, Rachel A. Shanies, and Andrew P. Wenzel are in charge of the prosecution.