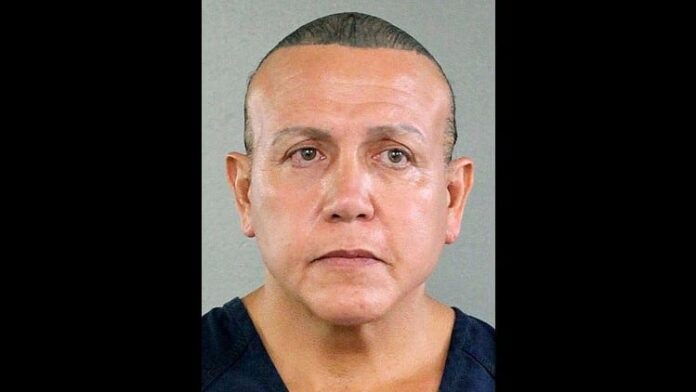 Geoffrey S. Berman, the United States Attorney for the Southern District of New York, and John C. Demers, Assistant Attorney General for National Security, announced today that CESAR ALTIERI SAYOC was sentenced today to 20 years in prison in connection with his mailing of 16 improvised explosive devices to victims across the country.  SAYOC pled guilty to a 65-count Superseding Information on March 21, 2019, before U.S. District Judge Jed S. Rakoff, who also imposed today’s sentence.

Manhattan U.S. Attorney Geoffrey S. Berman said:  “Cesar Sayoc assembled and mailed explosive devices to high-ranking officials and former elected leaders to incite fear and to terrorize his victims.  Though thankfully no one was hurt by his actions, Sayoc’s domestic terrorism challenged our nation’s cherished tradition of peaceful political discourse.  For his wanton disregard of the safety of so many people, Sayoc will now spend 20 years in prison.”

Assistant Attorney General for National Security John C. Demers said:  “Time and again, we have seen individuals attempt to express political views and resolve political disagreements through violence.  Cesar Sayoc has now been sentenced for acts of domestic terrorism that are repulsive to all Americans who cherish a society built on respectful and non-violent political discourse.  Our democracy depends on our debating our strongly held views peacefully and respectfully, and when someone does not, on our prosecuting and punishing those who do not abide by these values.  I applaud the efforts of so many in our law enforcement community whose alertness and tirelessness led to the prompt arrest of the defendant before he was able to injure anyone, as well as those whose efforts led to today’s sentence.”

According to the Superseding Information, court filings, and statements made during court proceedings:

Each of the IEDs mailed by SAYOC contained a mix of explosive powder from fireworks, shards of glass, and pool chemicals, designed to maximize potential injuries, damage, and the burning of his intended Victims’ skin.  On the outside of each IED, SAYOC placed photographs of each of the Victims, and sometimes their families and others, with a red “X” over their faces.  SAYOC also affixed black flags, similar in appearance to banners used by ISIS and other foreign terrorist organizations, to the outside of the IEDs.

SAYOC had posted incendiary comments about liberal political figures online since at least 2011.  In the months prior to mailing the IEDs, SAYOC incited violence against the Victims, conveyed direct threats against them, and researched where and how to carry out his attack.  For example, in April 2016, he wrote that former President Barack Obama’s “head need[ed] to be chopped off” and he wished “death” to George Soros and former Attorney General Eric Holder.  In April 2017, SAYOC wished “Death” to “all Clintons” and in November 2017 posted “Your days are number[ed] Steyer[].”  Beginning in December 2017, SAYOC researched the Victims and their addresses.  For example, on December 23, 2017, SAYOC searched for the address of Congresswoman Maxine Waters, and, over the course of the ensuing months, SAYOC repeatedly searched for the “home address” or “address” of several of the Victims, and SAYOC intensified these searches in the days before his attack.  Finally, SAYOC researched online how to make a “letter bomb” and watched videos depicting explosions.

The FBI arrested SAYOC in Plantation, Florida, on October 26, 2018—less than five days after the October 22 recovery of the first IED, which SAYOC mailed to Soros in New York.

In addition to his prison sentence, SAYOC, 57, of Florida, was sentenced to five years of supervised release.