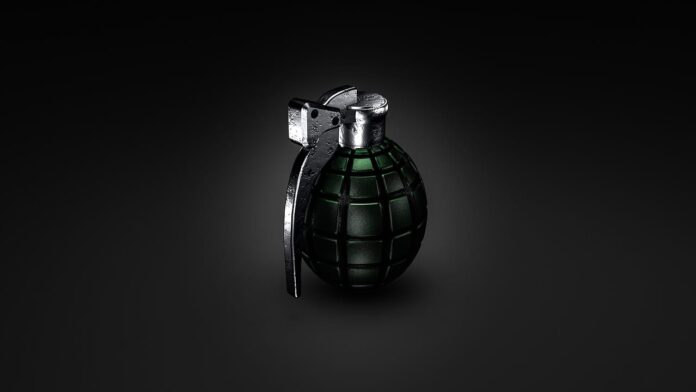 At a week-long jury trial in August, Musso was found guilty of four counts of receiving and possessing unregistered firearms (fragmentation grenades) and one count of receiving explosive material.

Hand grenades are destructive devices that are unlawful to possess unless they are registered under the National Firearms Act.  Musso previously argued that the grenades were not destructive devices because the FBI had made their fuses inoperable for safety purposes in the undercover operation.  Although a district judge initially agreed with Musso, the United States Court of Appeals for the First Circuit reversed that decision, clearing the way for this matter to be tried by a jury.

“The defendant’s troubling scheme to obtain hand grenades could have resulted in a horrifying act of violence,” said U.S. Attorney Murray.  “Thanks to the extraordinary efforts of the FBI supported by the ATF and Seabrook Police Department, Mr. Musso was stopped before he could take any action that would cause harm.  This case highlights the need for law enforcement as well as citizens to remain alert to emerging threats.  We will continue to work closely with the Joint Terrorism Task Force to prevent acts of violence that could jeopardize the lives of the people of New Hampshire.”

“Because of a tip from a concerned citizen, our Joint Terrorism Task Force began a year-long investigation that thwarted Daniel Musso’s frightening plan to use violence to defend his version of what our government should be. Now, with today’s sentence, he has finally been held accountable for his crimes,” said Joseph R. Bonavolonta, Special Agent in Charge of the FBI Boston Division. “However, this case should serve as a stark reminder of the challenges we face in stopping extreme acts of violence while underscoring the critical need for people with knowledge about plots like this to come forward before it’s too late.”

This case was investigated by the Federal Bureau of Investigation, with assistance from the Bureau of Alcohol, Tobacco, Firearms and Explosives and the Seabrook Police Department.  The case was prosecuted by Assistant U.S. Attorneys John S. Davis and Matthew T. Hunter.