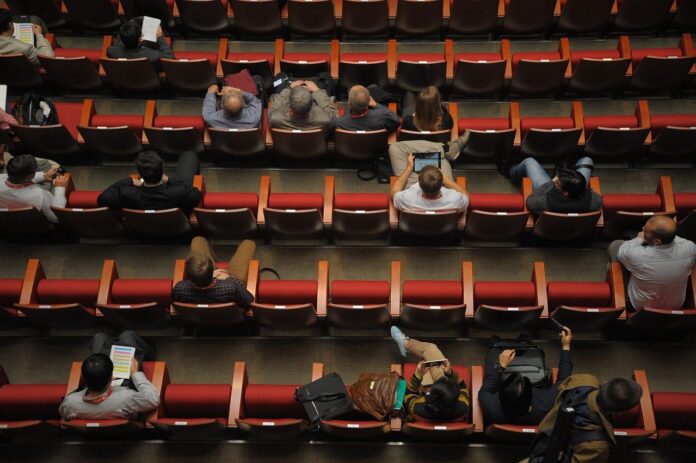 It has been difficult to shake the linear communications model that many of us were taught. The underlying assumption of the linear model – that the goal of effective communication is to get a message securely from sender to receiver, uncompromised and undistorted – has had a lasting and detrimental effect on our ability to influence a target audience.

The most glaring problem with the linear communication model is that it treats the target audience as passive receptors of information – as though the ears and eyes are portals through which information can be dumped into the brain. The misguided linear model has much to do with failed efforts in current time, as many in strategic communications and influence operations are still operating within it. And this has everything to do with what has (erroneously) been called “failed messaging efforts.”

This is one of the many reasons we need to get clear about what narratives are and how they operate.

Once cultural narratives are internalized, they are like meaning maps in our heads. So, in order to get the target audience to process/interpret information the way I want them to, I need to be familiar with TA’s meaning map. In other words, the meaning assigned to incoming information will be determined by how it fits into the narrative the TA has internalized. If I share your meaning map/your narrative, it is not difficult to predict how you will process incoming information. However, if you and I do not share the same cultural narrative (keeping in mind micro cultures within broader cultures), then I need to get very familiar with your narrative in order to design and present a story that you will process the way I want you to process it. It is a story that is consistent with the narrative you live by, determine meaning by, and understand yourself within.

My brand of narrative strategy proceeds from an understanding that meaning is not “in” the message. Meaning is not static, nor is it “conveyed” whole and intact. Rather, my process begins with an understanding that meaning-making happens when internalized narratives interact with external events, people, ideas. Meaning goes on inside the heads of the target audience but is co-constructed in social interaction.

What do we do when we are trying to influence a population that doesn’t share our worldview or our understanding of historical context? What if we are dealing with a hostile target audience? The first things we do is drop the linear communication model and all its unfortunate effects on our assumptions. Remember, we don’t “tell” the audience anything and we do not “deliver” a message. Instead, we implement a narrative strategy that involves re-configuring meanings and identities through social interaction. In a conflict situation the strategy involves doing four things simultaneously: 1) Disrupt adversarial meaning-maps. 2) Enact our own narratives. 3) Encourage the TA to adopt our narrative by constructing stories that trigger their own narrative. 4) Map those stories onto on to our own meaning map (narrative).