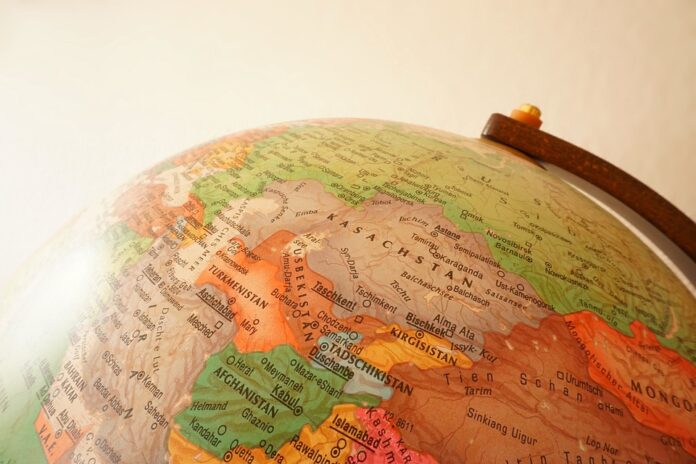 On March 3-4, 2022, a high-level international conference on fighting terrorism in Central Asia will be held in Tashkent.

The event – Regional cooperation of Central Asian countries within the framework of the Joint Action Plan for the Implementation of the United Nations Global Counter-Terrorism Strategy – was proposed by the President of Uzbekistan Shavkat Mirziyoyev and is intended to make a significant contribution to consolidating the efforts of the countries of the region and the international community in the implementation of the UN Global Counter-Terrorism Strategy (UN GCTS) in Central Asia.

The conference is co-organized by the Institute for Strategic and Regional Studies under the President of the Republic of Uzbekistan (ISRS), the Ministry of Foreign Affairs of the Republic of Uzbekistan, the United Nations Office of Counter-Terrorism (UNOCT), the UN Regional Center for Preventive Diplomacy for Central Asia (UNRCCA) and the Organization for Security and Cooperation in Europe (OSCE).

The Tashkent Conference will be held in a hybrid format with more than 600 senior Member State officials from Asia, Europe, and the Middle East, including the five permanent members of the Security Council, together with representatives of international and regional organizations, think tanks, and civil society institutions.

At the opening ceremony, an address is expected on behalf of President Mirziyoyev and there will be a video message from the Secretary-General of the United Nations, Mr. António Guterres. Other speakers include OSCE Secretary General Helga Maria Schmid, UN Under-Secretary-General for Counter-Terrorism Mr. Vladimir Voronkov, Special Representative of the Secretary General for Central Asia and Head of the UN Regional Center for Preventive Diplomacy for Central Asia (UNRCCA), Ms. Natalia German, Shanghai Cooperation Organization (SCO) Secretary General Zhang Mina, heads of delegations of Kazakhstan, Kyrgyzstan, Tajikistan, Turkmenistan and Uzbekistan.

The Republic of Uzbekistan will be represented by members of government, heads of chambers and committees of the Oliy Majlis, specialists from ministries, departments and non-governmental organizations and leading researchers from think tanks and universities.

The 10th anniversary of the adoption of the Joint Plan of Action (JPOA) provides an opportunity to learn about the unique experience of implementing the UN GCTS in Central Asia, as well as to endorse a new edition of the JPOA, prepared on the basis of a ten-year review, multi-stakeholder consultations and consensus.

Within the framework of the conference, in the form of panel discussions, four breakout sessions will be held on each of the four pillars of the GCTS.  These include: (i) addressing the conditions conducive to the spread of terrorism; (ii) preventing and countering terrorism; (iii) building states’ capacity to prevent and combat terrorism and to strengthen the role of the United Nations system in that regard; and (iv) ensuring respect for human rights for all and the rule of law as the fundamental basis for the fight against terrorism.

Three side events will be held on the margins of the Conference: (1) the role of the SCO Regional Anti-Terrorist Structure (RATS) in strengthening cooperation between the states of Central Asia within the framework of the JPoA; (2) the implementation of the UN GCTS, gender aspects in the work with women and children returning from war zones; and (3) financial support for programs to counter terrorism. These side events will be organized by SCO RATS, OSCE, UNOCT and their partners.

The key documents following the outcome of the international meeting should be the Tashkent Declaration and updated Joint Plan of Action, in which the countries of Central Asia will define specific tasks for and reaffirm their commitment to the joint fight against terrorism, which poses a serious threat to international peace and security.