Smith wore clothing and patches indicating his group membership and gave a “Nazi salute” as he entered the bar. 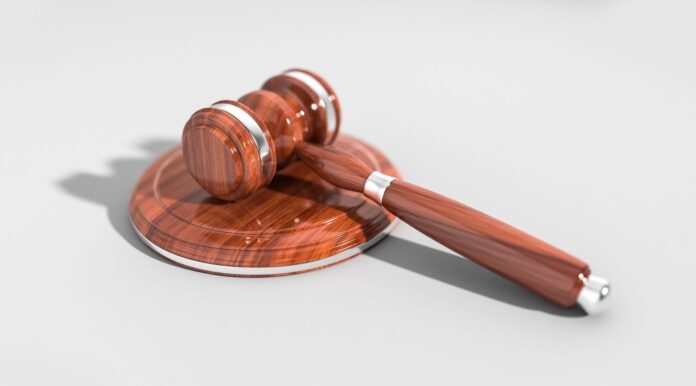 An Oregon man pleaded guilty Tuesday to hate crime and false statement charges in the U.S. District Court for the Western District of Washington. Randy Smith, 42, pleaded guilty to committing a hate crime for his participation in the assault of T.S., a Black man, which occurred because of the man’s actual and perceived race. Smith assaulted T.S. at a bar in Lynnwood, Washington, on Dec. 8, 2018.

In his plea agreement, Smith admitted that, at the time of the assault, he was a member of a white supremacist support group. On Dec. 8, 2018, Smith entered a bar in Lynnwood, Washington, with others, including fellow support group members as well as members of a higher-level white supremacist group. Smith wore clothing and patches indicating his group membership and gave a “Nazi salute” as he entered the bar. While inside, Smith assaulted T.S, a Black man who was serving as the disc jockey at the bar, because he believed that T.S. was being disrespectful to the members of the white supremacist groups. Smith repeatedly punched T.S., while others punched, kicked, and/or stomped on T.S. and called T.S. racial slurs. As a result of the assault, T.S. suffered bodily injuries. Two bystanders attempted to intervene to help T.S. and stop the assault. Both bystanders were assaulted by members of the white supremacist groups, and both sustained injuries.

In addition to the hate crime charge, Smith pleaded guilty to making false statements to FBI agents about circumstances surrounding the assault. Specifically, Smith falsely claimed to the agents that he did not remember anyone calling T.S. a racial slur during the assault. This statement was false, in that Smith knew he and others called T.S. racial slurs before, during and after the assault. Smith made this false statement to the FBI because he wanted to cover up the motive for the assault, which was the bias that he and others had against T.S.’s race.

Smith was charged in an indictment that was unsealed on Dec. 18, 2020. The seven-count indictment also charged three other men, each aiding and abetting one another, with punching and kicking T.S. while making derogatory comments about his actual and perceived race. The indictment further charged Smith and the three other men with assaulting two men who intervened to protect T.S. during the attack, as well as with making false statements to the FBI during the course of their investigation. Two of these three men, Jason DeSimas and Daniel Dorson, previously pleaded guilty in this matter.

Smith also pleaded guilty to an unlawful possession of a firearm charge, arising from conduct in Oregon in 2020. In the plea agreement, Smith admitted that he unlawfully possessed a Ruger 9mm pistol despite knowing that he had being previously convicted of a felony. The indictment for this charge was originally filed in the U.S. District Court for the District of Oregon in August 2020 and later transferred to the Western District of Washington. The unlawful possession of a firearm charge carries a maximum penalty of up to 10 years in prison. This case was investigated by the FBI and prosecuted by Assistant U.S. Attorney William McLaren of the District of Oregon.