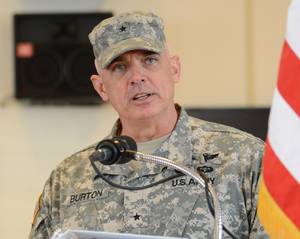 While on a recent trip to the Middle East during a visit to Israel, House Speaker John Boehner described the national security environment and overall threat landscape in very stark terms. Boehner said, in part, “the world is on fire,” adding, “And I don’t think enough Americans or enough people in the administration understand how serious the problems that we’re facing in the world are.”

The spread of the Islamic State (ISIS) throughout Iraq, Libya and elsewhere in Africa, and the ongoing Syrian civil war and the chaos in Yemen, has increasingly evidenced that tactical chemical agents are being employed on the battlefield. As ISIS recruitment efforts continue to inspire Islamist jihadists to take up arms domestically, in Europe and throughout the Middle East, the threat to the homeland is rapidly expanding.

Both ISIS and Al Qaeda’s leaders and their determined affiliates around the world have made it exceedingly clear they seek weapons of mass destruction – especially chemical, biological, radiological and nuclear – to use in attacks on the West – in particular, the United States.

In this exclusive interview with Homeland Security Today, Brig. Gen. JB Burton, the commanding general of the United States Army 20th Chemical, Biological, Radiological, Nuclear and Explosives Command (CBRNE), discusses his command’s approach to developing a “persistent stare” towards the burgeoning CBRNE threats around the world.

In the interview, Burton highlighted the fact that CBRNE threats and hazards in a changing and increasingly complex security environment can be impacted by local events that often have global consequences. He cited lessons learned from previous CBRNE efforts in Iraq over thelast decade, the operating norm of surgical and distributed offense platforms in regards to CBRNE deterrence, and the transformative nature of disruptive technology development. Lastly, Burton outlined a roadmap to overhaul his command’s organizational structure from a functional outfit to one that’s more capable of being multi-functional.

Read the complete report in the April/May issue of Homeland Security Today.