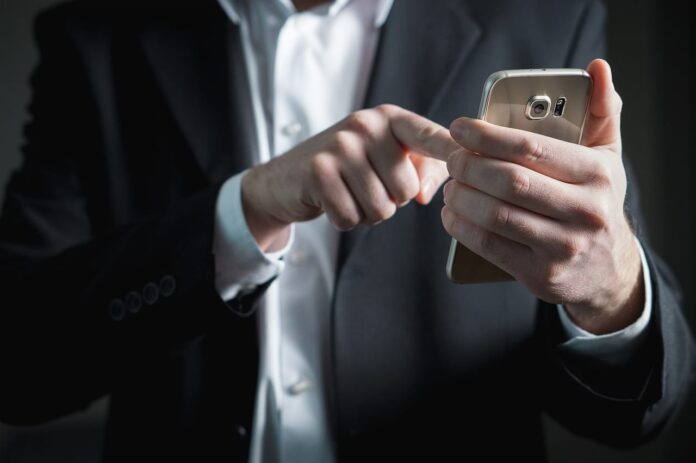 With quick, coordinated action, last Sunday’s deadly shooting attack at a California garlic festival could have been prevented and the lives of three young persons – ages 6, 13, and 25 – saved.

That day, though it’s not yet certain how long before the attack, the shooter posted to social media disturbing thoughts and information that, if discovered and reported in time, should have raised red flags.

The shooter reportedly posted a photo on Instagram with the caption, “Ayyy garlic festival time come get wasted on overpriced shit.” This message established not only interest in but a degree of animus toward this specific event. Figuratively speaking, the shooter was clipping the red flag to the halyard of the flag pole.

He posted a second photo of a Smokey the Bear sign warning of fire danger, with a caption promoting a book which, according to an expert on extremism, argues that people of color are biologically inferior and against whom aggression is justified. A knowledgeable, inquisitive analyst working for law enforcement could have interpreted this posting as an inference to hate and violence targeting people. The shooter was now pulling on the halyard, raising the red flag up the flagpole.

At this point, enough was known to take further action, including the name of the shooter, that he harbored some form of hate and alluded to violence by endorsing this particular book, that he was warning about danger and possibly something bad to come, and what his target and timing were – the festival scheduled for July 26-28, between 10 a.m. and 6 p.m.

The next step would have been to investigate whether the shooter had displayed intent to acquire the means to conduct a violent attack. And, in fact, he had. The red flag was fully hoisted. Someone should have discovered and reported the Instagram activity to law enforcement so that tracers could be run against nationwide gun-owner and recent-purchase records. Once authorities had learned that the shooter had purchased his gun, an AK-47-style rifle, just two weeks earlier, on July 9, they could have begun to search for him, including issuing an all-points bulletin and ATL (“attempt to locate”) on his car. They also could have learned, through address searches, that he possibly lived at a house only one mile from the festival’s location and have searched it and possibly found him there.

The extremism expert, Brian Levin at Cal State San Bernardino’s Center for the Study of Hate and Extremism, notes that, “Over the last decade, many of the most notorious extremist mass killers participated in, or were influenced by, bigoted content on social media before undertaking attacks.”

Like many public events, the Gilroy Garlic Festival had perimeter fencing, which the shooter cut his way through, and persons checking bags at the entrance. If event organizers can check your person and property upon entering an event, why not also check your head for nefarious intent by scouring your social media accounts, provided you purchased a ticket beforehand and the organizers have your name, address, and other identifying information? They may even have links to those accounts if, when purchasing a ticket, you used social media apps to share your plans to attend. Just like federal agents and airlines vet passengers before they arrive at the airport for some flights, event organizers could – and perhaps should be required to – vet using social media attendees who hold advanced tickets. Though most event shooters likely don’t bother purchasing tickets, vetting affords another layer of protection.

Even when the identities of attendees are unknown beforehand, event organizers could scour social media in real time to find threat information referencing their event, such as the Gilroy shooter’s Instagram posts. In fact, when permitting such events, local officials could require not only adequate security at the door but adequate security online – that is, a good-faith effort by organizers to identify and forward to law enforcement online threats to their planned or in-progress event. If event organizers can’t undertake this sort of effort themselves, they could use proceeds from tickets and other event revenue to hire companies that can, such as Babel Street, which monitors social media for threat information.

Law enforcement entities need to employ experts like Brian Levin, or have agreements with organizations that do, to interpret suspected extremist material in real time and in short order. It may not have taken very long to share and assess the shooter’s social media activity and to discover his recent gun purchase if procedures and coordinated action had been in place. The popularity of social media with would-be violent extremists requires us to conceptualize, contemplate, consider, and implement new steps to preempt the next Gilroy.

Jess M. Sadick
Jess M. Sadick served as a Middle East Intelligence Research Specialist in the U.S. Department of State’s Bureau of Intelligence and Research and in the Federal Bureau of Investigation’s Counter Terrorism Division. A database he created of incidents of violence during the second Palestinian intifada fed daily sitreps to the Secretary of State. At FBI, he monitored U.S. persons and groups suspected of providing material support to foreign terrorists. As a Booz Allen Hamilton Senior Consultant to the U.S. Department of Homeland Security, he supported threat-information collection and analysis programs concerning national critical-infrastructure. He leverages his federal experience to assist non-profit organizations in helping to fight terrorism and extremism. He educates the U.S. Congress, U.S. Department of Justice National Security Division, and other federal entities on open-source research concerning terrorists’ exploitation of online social media, including encrypted social messaging platforms and growing interest in cryptocurrency. He also provides security assessments and grant-writing to help non-profits acquire DHS security funding.