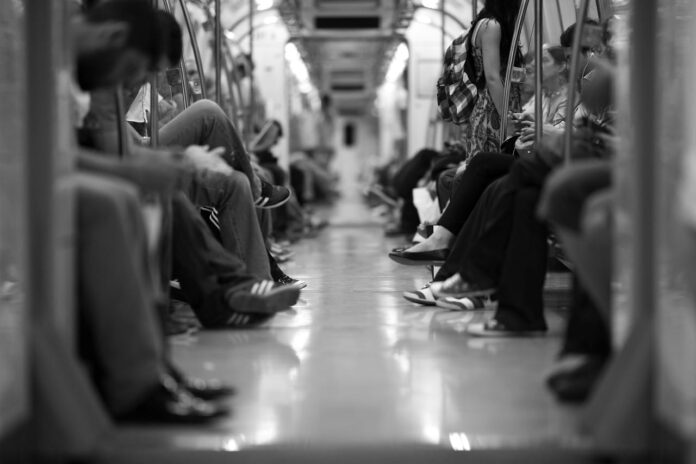 Identity labels impact how we treat someone. In the context of our country’s national security, when we use identity labels to describe threats, we can get misleading — and deadly — consequences. It is equally dangerous in policing.

In The Economics of Violence, I suggest that the national security community move to market terms, like “firm” and “entrepreneur,” to describe our adversaries and our own institutions. In this essay I am suggesting we make the same change when describing threats to public safety and security in our neighborhoods — in the context of policing and of criminal activity.

I have participated in national security and federal law enforcement initiatives for years, and I see that our organizing principle relies upon the categorization of people using terms like “insurgent,” “terrorist,” or “drug trafficker,” often using ethnic, religious, or national affiliation modifiers like “Islamic terrorist” or “Mexican drug trafficker.” This tendency to label people based on external markers impedes our fight for liberty and human dignity.

But humans naturally make this error. As Malcolm Gladwell states in Blink, “We have, as human beings, a storytelling problem. We’re a bit too quick to come up with explanations for things we don’t really have an explanation for.” Daniel Kahneman explains the same concept in Thinking, Fast and Slow: “Narrative fallacies arise inevitably from our continuous attempt to make sense of the world.”

Humans use identity labels to make stories easy. But because we confuse correlation with causation, we introduce bias and inaccuracies in our policies. When we read about a man committing an act of terrorism “in the name of Islam” (correlation), the reader may conclude that the Muslim faith inspired him to commit the act of terror (causation). That causal jump in the absence of data represents the biggest flaw in national security policymaking.

This criticism – that identity labels lead to misleading causal stories – applies equally well to policing. Identity labels perpetuate racism; they define a group of people as “other” for the purposes of treating them differently. As Bryan Stevenson, founder of the Equal Justice Initiative, explains, “The great evil of slavery was the narrative of racial difference, the ideology of white supremacy that we created to make ourselves feel comfortable with enslaving people who are Black.” That narrative of racial difference continues, and we see it in today’s U.S. criminal justice system, according to Stevenson. But being Black doesn’t make someone a criminal, any more than being Muslim makes someone a terrorist, or being Mexican makes someone a drug dealer. In his book Radical, Religious, and Violent, Eli Berman writes that radical religious terrorists are not generally motivated by ideology: “The pious Jihadist, programmed with an ideology of hate to be a human guided missile, or dreaming of virgins in heaven, makes for compelling news broadcasts and emotional sound bites, but in concept does not stand up to scrutiny.”

Comparing national security to law enforcement further clarifies the fallacy of identity as an organizing principle. Visual cues enable snap judgments, and as Gladwell says, “There can be as much value in the blink of an eye as in months of rational analysis.” But when the consequences are large — such as when the state has the power to kill — this mental shortcut merits evaluation.

When “looking” for threats to public safety and security, instead of skin color and clothing, we need to shift our focus to behavior; seeing individuals acting in competitive markets provides the organizing principle to deter violence and coercion. Deterrence, economists believe, occurs when we can increase the probability and consequence of apprehension and conviction. When I last served in government, we successfully put policies in place based on this idea of incentives in the marketplace driving behaviors. We looked at why individuals choose to engage in trafficking in persons and drugs and money, and we sought to drive them out of business.

To advance public safety, at home and around the world, we must adopt the terminology of markets, like “firm” and “entrepreneur.” We must think of police departments as firms; we must think of drug dealers as entrepreneurs for a criminal firm. This will encourage us to think about things like the incentive structures which constrain behavior. Success looks like fewer crimes, fewer incarcerations, and less bias — this seems like a noble goal and good way to define success.

Gary M. Shiffman, Ph.D.https://www.giantoak.com/
Gary M. Shiffman is an applied micro-economist and business executive working to combat organized violence, corruption, and coercion. He received his BA from the University of Colorado in Psychology, his MA from Georgetown University in National Security Studies, and his PhD in Economics from George Mason University. His academic work is complimented by his global operational experiences, including his service as a U.S. Navy Surface Warfare Officer in the Pacific Fleet with tours in the Gulf War; as an official in the Pentagon and a Senior Executive in the US Department of Homeland Security; as a National Security Advisor in the US Senate; and as a business leader at a publicly-traded corporation. Currently, Dr. Shiffman serves as the CEO of Giant Oak, Inc., and the CEO of Consilient, both of which are machine learning and artificial intelligence companies building solutions to support professionals in the fields of national security and financial crime. He dedicates time to Georgetown University’s School of Foreign Service, teaching the next generation of national security leaders. Dr. Shiffman recently published The Economics of Violence: How Behavioral Science Can Transform Our View of Crime, Insurgency, and Terrorism with Cambridge University Press in 2020.