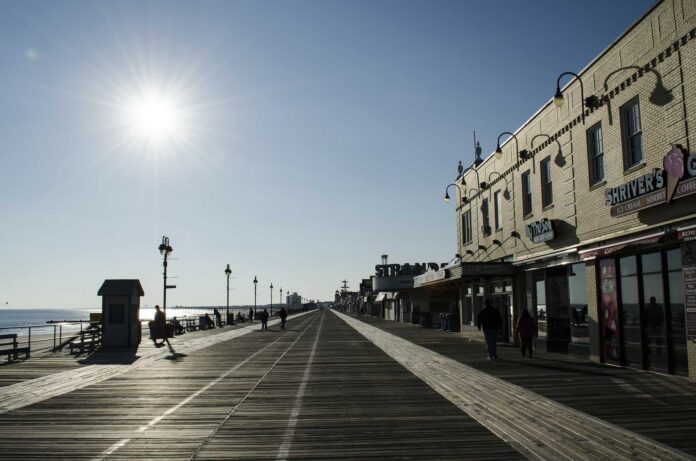 “It’s not about the who, it’s about the what,” said Supervisory Investigator Michael Lychock of the New Jersey Office of Homeland Security and Preparedness (NJOHSP) during a Counterterrorism Watch Unit training session at New Jersey’s Regional Operations Intelligence Center, referred to as the ROIC.

NJOHSP plays a crucial role in protecting New Jersey’s critical infrastructure by collecting information and leads related to all forms of suspicious activity, as well as assessing and disseminating this information for appropriate follow-up by local, state, and federal partners. This processing of suspicious activity reports (SARs) is known as the New Jersey Suspicious Activity Reporting System (NJSARS). According to NJOHSP, NJSARS allows the sharing of suspicious activity information to “law enforcement partners throughout the State. NJSARS is also linked to the FBI’s national SAR system known as eGuardian, which partners with the Nationwide SAR Initiative (NSI) to form a single repository accessible to thousands of law enforcement personnel and analysts nationwide.”

Why is this process critical to protecting New Jersey and our nation, and what makes New Jersey’s efforts unique? Since 9/11, the threat of terrorism has shifted to worrying about people already in the United States who were raised and born here and who have decided that they are going to become radicalized and take up arms against the homeland. New Jersey, in particular, faces the greatest threat from homegrown violent extremism. As the threat we face on our own soil increases, so do the number of questions posed regarding how to detect, deter, and prevent terrorism in this post-9/11 world we occupy.

As New Jersey faces threats from homegrown violent extremists, we must be cognizant of the magnitude of this threat in the greater New York City area. According to NJOHSP, “In 2017, eight of the nation’s 35 HVE arrests were in New Jersey and New York, and of the eight HVE attacks nationwide, two occurred in New York City, killing eight people and injuring 16.” This threat hit home in 2016 when authorities apprehended Ahmad Khan Rahimi, the 28-year-old responsible for the bombings in Manhattan and Seaside Park, New Jersey, after a shootout with police officers. One year later, Sayfullo Saipov, an ISIS sympathizer, rented a pickup truck in New Jersey and killed eight and injured 11 as he drove down a bike path in Manhattan.

So what makes New Jersey’s efforts unique and more effective? The fact that NJOHSP and its Counterterrorism Watch Unit initiate an immediate notification process that alerts all levels of law enforcement across the state. For instance, if behavior was observed at Newark International Airport and a SAR was entered, the information would immediately be disseminated throughout the state to local, county, and state agencies in case that behavior is observed at other airports or mass transit locations. Additionally, in other states under the NSI, such SARs are submitted directly to the FBI’s Joint Terrorism Task Force (JTTF) for review. The New Jersey model goes a step further and coordinates with the JTTF by reviewing the SAR on the state level and remaining involved as the threat is vetted.

A recent example of how effective NJOHSP’s efforts are in protecting the state’s critical infrastructure is the arrest of Gregory Lepsky from Point Pleasant, New Jersey, after a tip from a family member concerning his suspicious behavior. Lepsky plotted to build a pressure-cooker bomb and detonate it in New York City in support of ISIS. According to NJOHSP Director Maples in the Office’s 2018 Threat Assessment, “Successful disruptions like this demonstrate just how valuable your (the public) contributions are and how critical these tips are in preventing future attacks. We are all responsible for keeping our communities safe.”

Efforts to report suspicious behavior are critical to securing the nation. While each state has its own fusion centers that are tasked with collecting, analyzing, and disseminating information, the responsibility also lies with the public as a force multiplier. Encouraging the general public as well as law enforcement officers and first responders is crucial to the SARs process. Homeland security is everyone’s responsibility and campaigns such as “If You See Something, Say Something” aim to protect our critical infrastructure by alerting law enforcement when suspicious behavior is discovered.

Director Maples plans to improve and increase training and public outreach, as well as increase the agency’s preparedness efforts by strengthening private-sector relationships and collaboration with the faith-based community. It is these efforts, along with the “If You See Something, Say Something” campaign, that will assist NJOHSP with NJSARS.

Richard Rempo
Richard Rempo is currently with the New Jersey Office of Homeland Security and Preparedness (NJOHSP) where he serves in the Counterterrorism Watch Unit providing investigative duties by collecting information for Suspicious Activity Reports (SARs) and developing reports to determine threats to New Jersey and the United States. Prior to joining the NJOHSP, Richard was a career federal law enforcement officer and retired as a Federal Air Marshal. Richard is a Professor of Homeland Security and Subject Matter Expert where he has specialized and published on the subjects of countering violent extremism, radicalization, and lone wolf terrorism. Richard has a Bachelor of Science degree in Criminal Justice, a Master of Science degree in Homeland Security and is currently working towards his PhD in Public Policy with a concentration in National Security Policy.