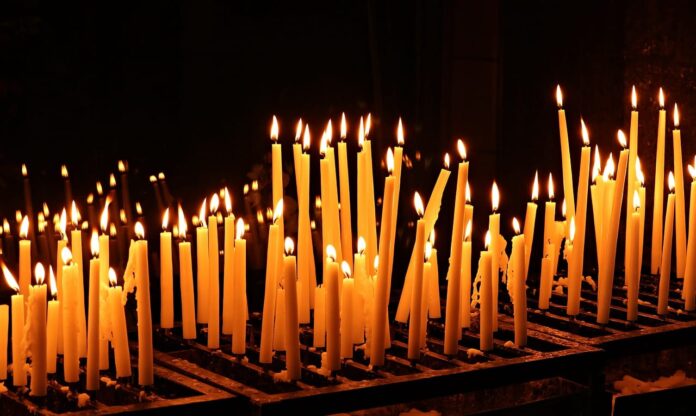 Faith-based organizations and houses of worship have been cautioned to exercise extra awareness as retaliation from ISIS could fuel attacks in the wake of leader Abu Bakr al-Baghdadi’s death during a heightened terror propaganda season from pre-Thanksgiving to New Year’s Day.

In the run-up to and during the holidays, ISIS supporters churning out much of the group’s calls to action have promoted Christmas market attacks in Germany (2016) and France (2018) as well as the 2015 attack on a county employees’ holiday party in San Bernardino, Calif. Everitt Aaron Jameson, a Modesto, Calif., tow-truck driver, pleaded guilty last year to planning a Christmas-season attack on San Francisco’s Pier 39; he had “liked” on Facebook an ISIS propaganda image depicting Santa with a box of dynamite in New York’s Times Square.

In its latest report, the Faith-Based Information Sharing & Analysis Organization put the threat level at “guarded,” noting that while not raising the threat to “elevated” they “do consider the upcoming period to be one of heightened concern and therefore extra consideration should be given to organizational and individual security and preparedness, particularly for overseas personnel and facilities.”

“This caveat is based on the recent elimination of the leader of the Islamic State and the potential for retaliatory attacks against U.S. organizations and individuals, as well as given general concerns as we approach the Thanksgiving Holiday period,” the assessment added.

FB-ISAO Managing Director Andy Jabbour told HSToday that it’s important to “understand the threat environment without being alarmist or overreacting, but also without being dismissive.”

“Given recent events and other considerations, we think it is appropriate for members, and all faith-based organizations and charities, to consider their security posture and readiness against the current threats and risks, thoughtfully, but candidly, and then to accept where they are, or execute needed refinements,” he said.

“Today’s threats to soft targets have evolved and DHS has boosted its efforts to ensure we plan, prepare and respond adequately to mitigate the risk of a terrorist attack,” Brian Harrell, assistant director for infrastructure security at the Department of Homeland Security’s Cybersecurity and Infrastructure Security Agency (CISA), told HSToday.

“The recently released DHS Strategic Framework for Countering Terrorism and Targeted Violence focuses precisely on how we will use the tools and expertise to protect and strengthen the country from violence by terrorist organizations, foreign and domestic,” Harrell added. “However, regardless of the threat level, we urge citizens to always be vigilant and say something if they see something, which means reporting any suspicious behavior to law enforcement. We must be ready, we must anticipate, be prepared and exercise our plans. We do not magically get better in times of crisis; we default to what we know and how we’ve exercised.”

Harrell stressed that DHS and CISA “have never been in a better position to partner, share resources, pass information, to conduct an exercise, do an assessment and provide value to best protect our communities, faith-based and beyond.”

FB-ISAO upgraded its internal threat level to “elevated” in April after a gunman opened fire on a San Diego County synagogue. The attack coincided with the last day of Passover and Shabbat, and the alleged shooter cited the March mosque attacks in Christchurch, New Zealand, and the October 2018 Tree of Life synagogue shooting in Pittsburgh.

Jabbour referenced FBI Director Christopher Wray’s statement at this week’s House Homeland Security Committee hearing on global threats: “The FBI assesses [homegrown violent extremists] are the greatest, most immediate terrorism threat to the homeland,” and the FBI “is most concerned about lone offender attacks, primarily shootings.”

“We need to reflect on that, and recent attacks, and think about what we’re doing to protect our places of worship,” Jabbour said. “Now, and as we head into the December holidays, it is really important that we reasonably prepare our people, our places and those coming to worship and celebrate for the potential hazards we may need to respond to.”