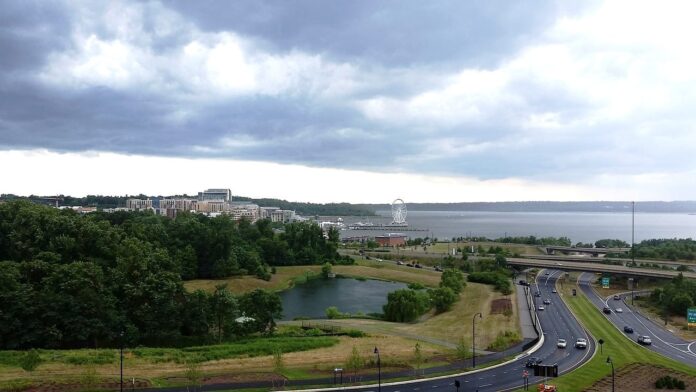 The U.S. Attorney’s Office for the District of Maryland has charged Rondell Henry, 28, of Germantown, Md., with interstate transportation of a stolen vehicle in a plot to run over people at a popular Beltway outdoor venue and to breach security at Dulles airport.

Today, the government filed a motion arguing for Henry to be detained pending trial as a flight risk and a danger to the community. Specifically, the government’s detention memo alleges that Henry, who claimed to be inspired by the ISIS terrorist organization, stole a U-Haul van with the intention of using it as a weapon against pedestrians on sidewalks within the National Harbor complex along the Potomac River in Maryland. A detention hearing is scheduled for Tuesday at U.S. District Court in Greenbelt, Maryland, before U.S. Magistrate Judge Thomas M. DiGirolamo.

According to the criminal complaint and other court documents, on March 26 the Alexandria Police Department was contacted concerning a leased U-Haul vehicle that had been stolen from a parking garage at a mall in Alexandria, Va. The driver who had rented the U-Haul vehicle noticed a man driving a blue BMW follow the U-Haul off Interstate 395 and onto mall property, then follow the U-Haul into the parking garage and park a few spaces away. When police responded to the garage, they found the BMW near where the U-Haul had been stolen. A check of the BMW’s registration records revealed that the BMW was registered to Rondell Henry.

On March 27, the stolen U-Haul was located at the National Harbor in Maryland. Law enforcement reviewed video surveillance of the area that showed Henry parking and subsequently exiting the stolen U-Haul. Henry was arrested the following day.

According to the detention memo, for two years Henry has harbored “hatred” for those who do not practice the Muslim faith. Allegedly inspired by videos he watched of foreign terrorists, Henry decided to conduct a vehicular attack, similar to the 2016 truck attack in Nice, France, for which ISIS claimed responsibility. After stealing the van, Henry drove around, arriving at Dulles International Airport in Virginia at approximately 5 a.m. on March 27. The government’s motion for detention alleges that Henry exited his U-Haul and entered the terminal, trying to find a way through security, allegedly to harm “disbelievers” in a way designed for maximum publicity. After more than two hours of failing to breach Dulles’s security perimeter, Henry allegedly returned to the U-Haul.

By the following morning, on March 28, police officers had discovered the location of the stolen U-Haul. When Henry leapt over the security fence from the boat dock, observant Prince George’s County Police officers arrested him.

If convicted, Henry faces a maximum sentence of 10 years in prison for interstate transportation of a stolen vehicle.