Saleh made an airline reservation to travel from New York to Turkey, but was ultimately prevented from traveling because his parents took away his passport. 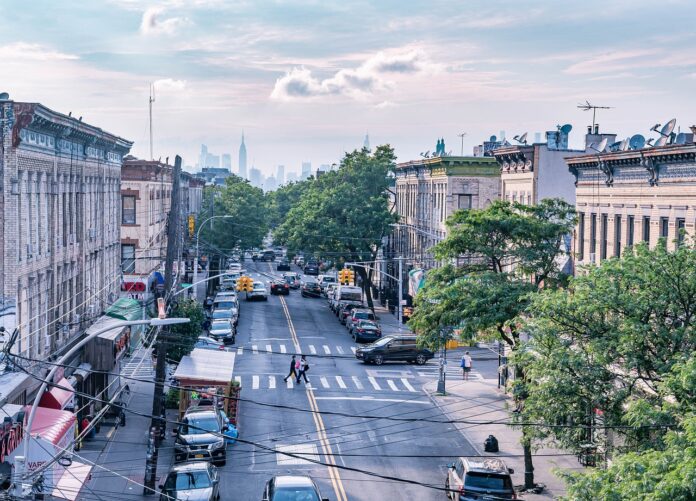 A New York man was sentenced today to 30 years in prison for attempting to provide material support and resources to the Islamic State of Iraq and al-Sham, aka ISIS. The defendant was also sentenced to 100 months, or more than eight years’, imprisonment for assaulting a federal correctional officer and possessing contraband at the Metropolitan Detention Center (MDC) in Brooklyn, New York, to run consecutive to the terrorism sentence.

Ali Saleh, 28, of Queens, pleaded guilty to attempting to provide material support to ISIS in July 2018. According to court documents, starting in 2013, Saleh swore an oath of allegiance to ISIS and embraced ISIS’s directive to either travel to the Middle East or take action at home in support of ISIS. On Aug. 25, 2014, Saleh stated online, “I’m ready to die for the Caliphate, prison is nothing.” On Aug. 28, 2014, Saleh stated online, “Lets be clear the Muslims in the khilafah [caliphate] need help, the one who is capable to go over and help the Muslims must go and help.” That same day, Saleh made an airline reservation to travel from New York to Turkey, but was ultimately prevented from traveling because his parents took away his passport.

“Saleh made numerous attempts to travel overseas to join ISIS, and when those efforts failed, attempted to assist others in joining the terrorist organization,” said Assistant Attorney General Matthew G. Olsen for the Justice Department’s National Security Division. “Once arrested and detained, he attacked a correctional officer with an improvised weapon. With the sentences handed down today, he is being held accountable for these crimes. The National Security Division is committed to identifying and holding accountable those who seek to provide material support to foreign terrorist organizations and we will be unyielding in our efforts to bring to justice those who commit violence against the men and women in law enforcement and corrections. I want to thank the agents, analysts and prosecutors who are responsible for this case.”

“Today’s sentence demonstrates the strong commitment of this office and its law enforcement partners to rooting out and stopping their efforts to support terrorist attacks at home or abroad,” said U.S. Attorney Breon Peace for the Eastern District of New York. “Saleh is also held accountable for his vicious and premeditated attack on a federal correctional officer while in pre-trial detention.”

“Ali Saleh’s attempts to support ISIS, and his subsequent attack on a federal correctional officer, resulted in the penalties enforced upon him today,” said Assistant Director in Charge Michael J. Driscoll of the FBI’s New York Field Office. “The FBI’s JTTF in New York, along with our partners, continues to lead the way in preventing and intercepting threats posed by those like Saleh, who seek to harm our citizens at home and overseas.”

Saleh then redirected his efforts to facilitating others’ support of ISIS. In October 2014, Saleh communicated with an ISIS supporter in Mali through an online messaging platform and sent a $500 wire transfer to fund that person’s travel to Syria. Around the same time, Saleh communicated with several others to facilitate their support of ISIS, including known ISIS supporters in the United Kingdom and Australia.

In July 2015, the defendant purchased fireworks containing explosive powder, hid them in a concealed compartment in the trunk of his car, and drove from Indiana towards New York City. The fireworks contained approximately 1,196 grams of low explosive powder, consisting of both pyrotechnic material and black powder. Law enforcement agents located a cellphone belonging to Saleh during the time frame when he acquired the explosive powder and discovered on the phone an electronic pamphlet titled, “Muslim Gangs: The Future of Muslims in the West (Ebook 1:  How to Survive in the West).” The pamphlet provided detailed instructions on how to create a bomb using explosive powder from fireworks. The pamphlet provided an example of a soda can grenade, and the instructions specifically stated that the soda can should be filled with “[e]xplosive powder (i.e. from Fireworks).” Saleh posted online the pamphlet’s image of a soda can hand grenade with instructions on how to build an improvised explosive device. Saleh’s car broke down on the way to New York City and was abandoned by the defendant.

Subsequently, on July 24, 2015, the defendant made a reservation to travel from New York to Egypt, a country bordering Libya, and went to JFK International Airport. The defendant was ultimately denied boarding. The defendant subsequently visited three additional international airports in Newark, Philadelphia and Indianapolis, but continued to encounter travel restrictions. The defendant attempted to circumvent the apparent restrictions on his air travel by planning to take a train from Cleveland to Canada, where he intended to fly out to the Middle East. After law enforcement intervention, however, the defendant did not board the train and instead returned to New York.

After his encounters with law enforcement, Saleh changed his online social media moniker and expressed his support for ISIS under new usernames. On Aug. 24, 2015, Saleh stated online, “I am a terrorist.” On Sept. 1, 2015, Saleh stated online, “If they aren’t implementing shariah [Islamic law] grab ur gun and implement shariah and see how fast the world turns against u.”

In September 2015, Saleh was arrested at his home on charges of attempting to provide material support to ISIS. During a search of the home, agents recovered paper copies of an itinerary and Turkish visa issued in Saleh’s name for his September 2014 attempt to travel, and a duffel bag containing flashlights, headlamps and other survival gear. Agents also recovered a black trunk containing 29 machetes. Saleh was subsequently detained at the MDC.

During his detention at the MDC, Saleh assaulted numerous federal correctional officers and staff members, crafted weapons from materials in prison, broke cell windows and light fixtures, damaged property, initiated false emergency alarms, and set fires. In total, he was cited on more than 90 separate occasions for disciplinary infractions at the MDC.