SPECIAL – The Wave of the Future: When Martyrdom and Money Meet 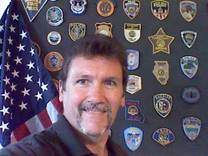 “Those who don’t know history are doomed to repeat it.” — Edmund Burke

We’ve all heard that quote, or some iteration of it, at some point in our lifetime.  And most of us get it, right?  Look at what’s happened in the past, it says. See what went well … and what didn’t. See what warnings others might have missed, and use that knowledge for your own benefit in the present. At the very least, let’s learn from someone else’s mistake instead of making that mistake ourselves.

Keep that in mind, and let’s step back in time a few years.

In the Gaza Strip in early 2002, inside a building that definitely had seen better days, a young woman with an infant in her arms walks across a stage, behind which are prominently displayed pictures of Saddam Hussein and Palestinian National Authority President Yasser Arafat (who died in 2004). The woman, whose would-be suicide bomber husband had been killed trying to infiltrate an Israeli settlement, is handed a check for the equivalent of $25,000. It was then, and remains today, a substantial sum of money in apart of the world where poverty permeates society.

She was not the only recipient that day. One by one, the families of men killed attacking Israeli settlements or outposts, or killed in retaliatory attacks by the Israeli military, came forward to receive a check. The going rate at the time was $25,000 to the family of a suicide bomber, $10,000 to the family of someone  killed while conducting an attack, $5,000 to a family whose home was destroyed by the Israeli military and $1,000 to anyone wounded. Many Palestinians and their supporters and allies call it humanitarian aid. Much of the rest of the world calls it paying terrorists – terrorist life insurance, if you will. The money came from Iraq, where Saddam Hussein proudly touted his support – financial and otherwise – of the Palestinian cause.

In present-day Gaza, the Palestinian Authority has taken up where Saddam Hussein’s regime left off. Money is paid directly to surviving family members of suicide bombers as well as to the families of convicted terrorists or terrorist suspects being held in Israel. Again, it’s labelled humanitarian aid, which allows other countries (including the United States) to direct financial aid to the Palestinian Authority without technically “supporting terrorism.”

A 2012 DailyMail.com article detailed the amount of money paid as humanitarian aid to the families of Palestinians imprisoned in Israel. The amounts ranged from roughly $355.00 per month for someone serving a sentence of less than three years, to approximately $3,016.00 per month for someone serving a sentence of 30 years or longer. Setting aside for a moment the obvious question posed by those totals – why would the length of a prison sentence, not the level of the family’s supposed need, determine the amount of “aid” received?

Let’s take a look at the common-sense side of the equation. As a rule (and there are certainly exceptions), the length of a prison sentence is generally related to the severity of the crime. If that’s the case, it would seem as though the families of people committing the most serious offenses receive more “humanitarian aid” than do the families of those convicted of lesser offenses. The more serious the crime, the more aid your family receives while you remain incarcerated.

As far back as the 1990’s, suicide bombers in Israel were observed apparently looking for security cameras before detonating their explosive-laden vest or backpack, but they didn’t seem to be seeking the cameras in an attempt to avoid them. In fact, some seemed to be making sure they were captured by a camera. Why?  Well, they wanted confirmation of their jihadi act so their families would receive the money they were promised. They wanted their jihad on record.

So, if you fight for ISIS, does that mean you get a W-2 federal tax form? No, of course you don’t, but that doesn’t mean they don’t “employ” people. In a 2014 NBC article, King Abdullah II of Jordan was quoted as saying ISIS pays its foreign fighters approximately $1,000.00 per month – the equivalent of what an average middle class — or even upper-middle class family — earns throughout much of the Middle East. Other sources  put that estimate as high as $150.00 per day, while more recent estimates reportedly range from about $100 – $400 monthly. Seeing the past patterns of terrorist organizations paying people to do the dirtiest of their dirty work, what can that tell us about our potential future?

Currently, the independent actor or “lone wolf” terrorist attack scenario tops the list of terror threats faced here at home. In his 2014 address to the Council on Foreign Relations, Secretary of Homeland Security Jeh Johnson stated, “In many respects, this is the hardest terrorist threat to detect, and the one I worry about the most.” Through a sophisticated web-based recruiting program, ISIS has had tremendous success radicalizing disenfranchised Muslims here in America, many of them recent converts to Islam,and convincing them to essentially murder their countrymen. That recruiting strategy has thus far been based solely on religious, ideological and cultural elements – potential attackers are convinced to “strike a blow” to put right the perceived wrongs or avenge the perceived injustices endured by Muslims, Muslimcountries and/or Islam in general – and that’s been sufficient reason for attacks such as those we’ve seen in Paris, France; Sydney, Australia; Ottawa, Canada and in the US in Boston, Garland, Texas and elsewhere.

But what happens when we throw money into that equation?  The religious/cultural/ideological combination has proven an effective recruiting tool as it stands, but add monetary gain to the mix and how much more effective does it become? How much more attractive of an option would it seem? A potential terrorist recruit can be told that not only can he avenge his Muslim brethren and strike fear into the heart of the “Great Satan,” but he can also improve his family’s financial situation in the process. Consider the fact that less than 10 years ago it would have been way off base to think that a young person anywhere in the US  could get online and communicate in real-time directly with a representative of a foreign terror organization, and have that representative try to convince him or her to either leave the country and fight on foreign soil on the side of the terrorists or commit a terrorist atrocity at home.

Archimedes once spoke about being able to move the world with the right lever. Add the word “desperate” to the disillusioned and disenfranchised, and suddenly you have a very powerful lever – a lever than can move a man’s mind.

Where does the money come from? ISIS is the most financially savvy terror organization the world has ever seen. Oil from the wells, fields and refineries in areas they control is sold on the black market to the highest bidder. The same holds true for the archaeological sites located in ISIS-controlled territory; for every historic cultural or religious artifact they publicly destroy, they sell dozens, perhaps hundreds – it’s a cash-and-carry proposition. ISIS also profits from ransom, kidnapping, extortion and blackmail.

“Look,” you might say to yourself, “this isn’t Syria, or Iraq, or any of those countries. You can’t just walk into your local bank and deposit the check that ISIS sent you in the mail.” You’re right. You can’t, nor do you have to. While it would be difficult to walk into a US bank and deposit a check from ISIS, there are ways to get funds from terrorists to the intended recipients. Criminal organizations have been “laundering” money for decades, maybe longer. Other options include cryptocurrency and digital cash. While some believe ISIS is neither sophisticated enough nor has the technical knowledge to carry this out, its crucial to keep in mind that ISIS has been able to finance their own war. The organization has the knowledge, technical expertise and resources to do this. People who drive Ferrari’s don’t worry about the price of gas.

We hear the phrases “emerging threats” and “evolving threats” all the time. Wouldn’t it be great if we could start addressing those threats as, or better yet before, they evolve or emerge — and not after?  Wouldn’t it be nice to be ahead of the curve for a change instead of playing catch-up?  This is a credible threat scenario.  We’ve seen it in other places, and we know it has been effective there. We know our enemies are continually refining their plans, tactics and techniques. We know that once they come up with an effective methodology, they do their best to export it to new theaters of operation. We also know — or we should know — that we as a nation and as a people will not be immune to it. We should be preparing for this now.

Jim Sharp is vice president and chief training officer at Aegis Emergency Management and a 30-year veteran of the emergency response and emergency management professions. He’s an experienced incident commander and emergency operations center manager who is one of fewer than 400 FEMA-certified Master Continuity Practitioners in the entire country. Prior to starting his own firm in 2010, he spent the previous 10 years with an Illinois jurisdiction as their Emergency Management Agency’s Field Training Officer, Public Information Officer, as well as Assistant/Acting Coordinator. He has trained literally thousands of people – civilians and first responders – on topics that include severe weather safety, continuity of operations, CERT, pandemic preparedness, incident command and many more.