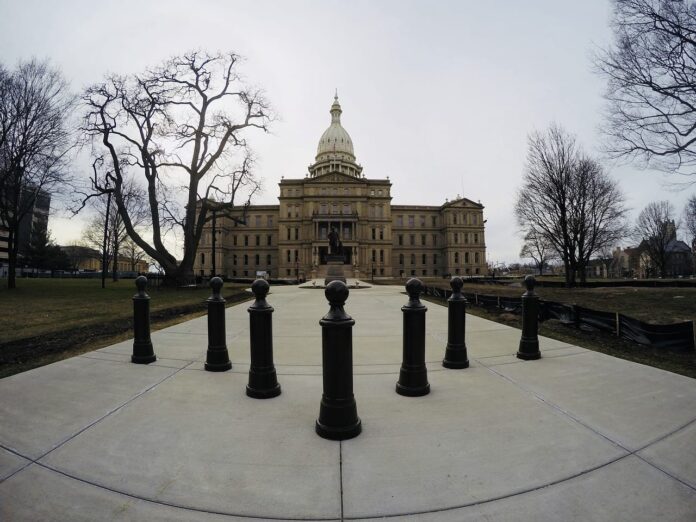 On Oct. 8, the Department of Justice announced the arrests of six individuals who were charged with a conspiracy to kidnap the governor of Michigan at her vacation house. Leading up to the arrest, the FBI was able to capture several significant actions that the group carried out which aligned with the phases and stages of the Hostile Events Attack Cycle (HEAC). Viewing oneself from the eyes of a threat is an effective strategy. And through examination of those phases and stages, organizations can identify areas that threat actors consider and take proactive steps to assess their organization as well as make risk-informed decisions to reduce risks or security gaps they may have.

In early 2020, the FBI became aware through social media that a group of individuals were discussing the violent overthrow of certain government and law-enforcement components. This was initially thought to involve targeting law enforcement officers. As such, the FBI interviewed a member of the militia group who was concerned about the group’s plans to target and kill police officers, and that person agreed to become a Confidential Human Source (CHS). The FBI would ultimately develop another CHS during the conduct of the investigation, and these two individuals provided the FBI with firsthand access into the planning and development of this particular hostile event. It is largely through those efforts that we are able to understand the intricate details of this particular domestic terrorist group’s plan.

Phase One – Initial Target Consideration. In this phase, it is not essential for the threat actor to settle on a target location, but to begin that process to identify potential locations that will impact the rest of the planning and preparation. The basis for this attack appeared early on to be ideologically based. In this particular threat planning, members of the group (hereafter referred to as the Michigan group for the purposes of this report) met in early June and discussed “creating a society that followed the U.S. Bill of Rights and where they could be self-sufficient. They discussed different ways of achieving this goal from peaceful endeavors to violent actions.” Additional comments that support their ideology include:

However, the group also noted that if they were going to continue their planning process, they would need to increase their numbers and encouraged each other to talk to their neighbors and spread their message. It was also determined to reach out to a Michigan-based militia group (hereafter referred to as Militia for the purposes of this report) to gauge interest. This initial meeting led to several additional discussions and events that would solidify the target of the attack, but where the attack would occur would still need to be determined.

Phase 2 – Initial Surveillance / Research. Over the next two months, the Michigan group would work to fine tune the target. One of the ways was to discuss and conduct initial surveillance. In addition to reducing the potential target or locations, the group should also be working on collecting any outstanding information requirements. During this phase, it is not important that the attacker makes their selection during this phase, but by this phase’s completion, they will have accumulated enough information to aid in that decision. As it relates to this attack, there were several important developments that occurred:

As it relates to research done in support of developing plans for the vacation home, a member suggested they get a realtor to help them find the exact location of the vacation home and collect information on the surrounding homes and structures. The group stressed the importance of knowing the layout of the yard, homes, and security, as well as needing to “map out the surrounding property and gates, and they needed plumbers and electricians to help them read blueprints to refine their strategy.” The group also identified that they may want to recruit additional personnel including those with experience in engineering, information technology, demolitions/explosives, and other operators.

Phase 3 – Target Selection. While the target of the attack was determined early on, the location for the attack did undergo additional discussion. In the end, the head of the Michigan group told one CHS that he “had narrowed down his attack targets to the vacation home and the summer residence.” On the group’s private Facebook page he noted: “We about to be busy ladies and gentlemen . . . This is where the Patriot shows up. Sacrifices his time, money, blood sweat and tears . . . it starts now so get fucking prepared!!”

Phase 4 – Planning and Rehearsals (Surveillance). With the target selected, the group continues to build upon their already established training as well as conduct more planning and surveillance to finalize the plan which will look at initiating the attack; logistics planning; actions at the target; and post-attack (escape / evasion / death). With this particular attack planning, we were able to get invaluable insight through the CHSes that revealed the extensive amount of concept development and surveillance done by the group to undertake such a task.

The group conducted surveillance and additional research of the vacation home in preparation for the attack.

Throughout the planning and preparation, the Michigan group were actively concerned about their operational security (OPSEC) and took measures to protect themselves.

In the final days leading up to the arrest, the leader of the Michigan group confirmed with members that they were the group that was going to kidnap Governor Whitmer. They also discussed limiting their public interaction with the Militia, especially if they were to have any chance of success in their plans. The Michigan group did note that it would cost approximately $4,000 to procure the explosives needed to blow up the bridge leading to the vacation home and they discussed purchasing a taser to use, presumably on the governor. In addition, they had planned to conduct a final training exercise in late October.

Much like with the Tampa terrorism arrest, the last three phases of the HEAC were not fully realized because the group was arrested; however, these areas are still worth reviewing as if they were to have continued their timeline. With regards to the completion of Phase 4, the group would likely look to incorporate some type of rehearsals into their FTX that were based on executing the plan. However, while much is known about motivations, ideology, and surveillance, there was little information about how the specific attack would be carried out, and especially in relation to “actions on the objective.” These are actions the group would take to review what would happen during the physical attack. Based on what is known, it appears that a big gap in their planning was a lack of awareness about the inside of the vacation home.

Phase 5 – Pre-Attack Operations. This phase is focused on ensuring supplies and equipment are ready for the attack. In this particular operation and based on known information in the criminal complaint the Michigan group would use this time to validate the attack plans and complete preparations. They would need to ensure the boat is serviced and ready for the escape; they would need to ensure the hideaway location is stocked with enough supplies to hold the governor hostage through “the trial”; they would want to make sure that all weapons and ammunition were on hand and the weapons were in fact operational; and they would want to ensure that the explosives needed for the bridge were ready.

It is also during this time that the group would begin to isolate and focus on the upcoming task at hand. This is a time when loved ones or those close to the individuals may begin to notice some suspicious indicators or withdrawal to come to peace with what is about to come. It was noted above that the Michigan group did want to pull away from the Militia near the end likely out of fear that they could be targeted by association by law enforcement.

Phase 6 – Attack and Phase 7 – Escape. The attack obviously represents the culmination of all the planning and preparation and will ultimately define the hostile actor moving forward. And in this particular case, the escape will be the culmination of their plan with the trial and expected execution of the governor. As noted above, while there were a lot of details about the preparation, there were little details of what would occur once the attack was initiated. It is likely that the group was very confident in their tactical skills that they worked on during the various FTXs that they felt they would just know what to do, but it is just as likely this type of planning may have initial success in approaching the target location yet may experience a setback in realizing their goal either through miscommunication or lack of awareness about the location.

Overall, this particular threat and the arrest highlighted several important considerations for organizations to understand as they look at potential risk to the organization: