The Making of a Terrorist: How Friends Radicalize You 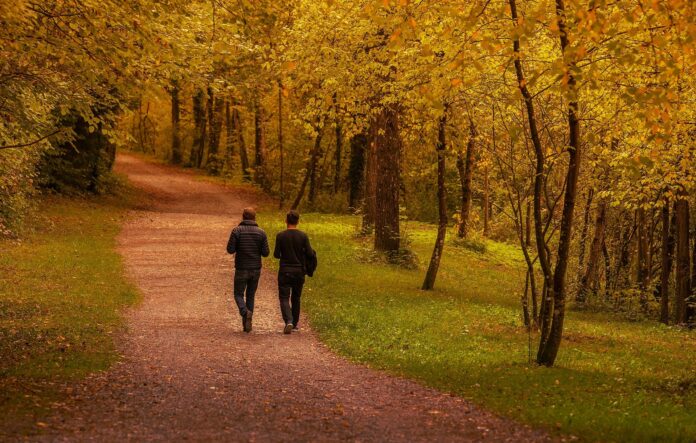 Studies on radicalization and participation in high-risk activism have emphasized the role of personal ties and radical networks in shaping pathways towards political violence. As Stefan Malthaner, Ph.D writes in his paper: Spaces, Ties, and Agency: The Formation of Radical Networks, it is well known that relationships and social networks play a major role in radicalization. But how are these relationships and networks formed?

Malthaner’s paper examines the formation of radical grassroots networks as a setting of jihadist radicalization in Europe. Rather than seeing individuals as passive objects of radicalizing influences exerted by a static social environment, Malthaner presents them as ‘entrepreneurs’ actively creating the ties and networks that then become the setting of their violent radicalization.

The ties that bind us

Psychiatrist, author and former CIA operations officer Marc Sageman developed a perspective on jihadist radicalization in the West that takes into account its specific micro-mobilization settings. He argues that radicalization typically takes place as a process driven by more or less autonomous cliques of like-minded friends in which strong bonds promote loyalty and group-cohesion. These small, tightly knit groups often form in the context of mosques, but then gradually withdraw from that environment and become the site of intensive interactions – or ‘echo chambers’ – in which radical perceptions and beliefs are reinforced.

Malthaner explains how weak ties, as well as strong ties are crucial when it comes to forming and maintaining network connections. Strong ties imply prolonged interaction, significant emotional investment, loyalty, and shared values. Weak ties, conversely, are characterized by lower levels of engagement and commitment and may consist in mere superficial contacts based on few encounters. Because these establish links between otherwise unconnected clusters, weak ties are considered crucial in enabling collaboration and the spread of ideas and information across a broader movement, whereas strong personal ties, which generate trust and loyalty, are important for recruiting new members into high-risk activism and underground groups.

New social ties are often facilitated and created by pre-existing social ties. An individual gets to know new people via the friends and acquaintances that they already have, which involves a simple mechanic of connection-making but also a social dynamic of bestowing familiarity and trust on new relations formed via mutual friends. In this way, non-militant activists can become connected to more radical cliques, or establish ties with terrorist organizations abroad.

New ties can also be formed in the absence of direct prior connections, by meeting people in “chance” encounters. These encounters are facilitated and to some extent “produced” by particular socio-spatial settings, shared membership in larger organizations or movements, or co-presence at events.

There is then a considerable amount of entrepreneurship and initiative on the part of (at least some) individuals who actively seek to connect certain activists or groups, create and sustain social relationships and thus establish and maintain radical networks. These represent the setting of their own micro-mobilization as well as the basis for their militant activism. Malthaner adds that while pre-existing ties and socio-spatial settings facilitate and foster connections and relationships, they are also “made” as a result of deliberate and goal-oriented actions of individual activists. As a result, particularly in the case of jihadist radicalization in Europe, the distinction between individual pathways of radicalization on the one hand and the formation of radical networks as their relational setting on the other becomes blurred.

Malthaner points to the Sauerland-Group as an example of how connections are formed. The name “Sauerland-Group” was coined by the press with reference to the area in Germany where the group was arrested in September 2007 while in the process of preparing explosive devices they were planning to use in attacks against US military and civilian targets in the country. The three men who were arrested included two German converts to Islam, Fritz G. and Daniel S., and Adem Y., the latter a son of Turkish Muslim migrants. A fourth member, Attila S., had left the group shortly before. The four members of the group came from three different areas in Germany – Frankfurt, Ulm/Neu-Ulm, and Neunkirchen, a smaller town in the Saarland region – and had been members of local Salafist milieus and smaller friendship groups. Within these local milieus, small groups of like-minded friends developed, which then became connected to form a largely autonomous, informal jihadist network, which comprised more than 40 individuals. From that group, more than a dozen travelled abroad to join armed groups in Afghanistan.

Social ties played a crucial role in initial phases of the trajectories of all four above mentioned members of the Sauerland-Group, triggering their interest in Islam and linking them to local Salafist milieus or friendship groups. Yet, the types of connection and their later role in the process were quite different.

In two cases (Adem Y. and Daniel S.), chance encounters in neutral spaces, rather than pre-existing ties, provided initial inspiration and contacts. Adem Y. started to take a renewed interest in Islam after meeting a colleague at work who was an observant Muslim and who told him about his religion in long conversations. This brought him to attend services at a Salafist mosque in the city – an open space of the Salafist movement –, where he met and became part of a circle of like-minded friends, while contact with his acquaintance from work broke off soon thereafter.

Daniel S. met a young Salafist Muslim while playing basketball on a street-corner and, impressed by his calmness and self-confidence, became his friend and mentee. In contrast to Adem Y.’s acquaintance who never was part of a radical milieu, Daniel S.’ Salafist mentor became a member of the emerging jihadist network and eventually travelled to Afghanistan, too. Together with two or three other young Muslims they formed a close group of “brothers” in Neunkirchen. They attended a local mosque, but with their increasing radicalization the group gradually isolated themselves within the moderate local Muslim community, making the group – even at this early stage – the primary setting of radicalization.

Fritz G. and Attila S. both found their way to Islam via pre-existing ties, namely childhood friends who had become observant Salafist Muslims. In both cases, these friends invited them to their homes, taught them about Islam, and gradually introduced them to the milieu around the Multi-Kultur-Haus (“Multi-Culture-House”) in Neu-Ulm.

Within that environment, Attila S. and Fritz G. were not only exposed to a framework of interpretation that emphasized the alleged global persecution and suffering of Muslims and the glorification of jihad, but also formed relationships with other young activists, particularly a group around the preacher’s son that organized a religious study circle and produced a newsletter.

For Attila S., Fritz G. became like an older brother and mentor and together with at least two other individuals they formed a close friendship group that took a more serious interest in violent jihad, watching jihadist videos together and making plans to join the jihad.

The role of Leaders and Followers

Malthaner’s Sauerland-Group example illustrates how radical identities and beliefs can be formed in processes at the intersection of – and in interactions between – small cliques of like-minded friends, the larger milieus in which they had formed, and their broader social environment.

In some cases, individuals may be radicalized by being recruited into an already established group and are socialized into pre-formed radical perspectives as more or less passive recipient of environmental influences. However, the crucial point that Malthaner makes and that intelligence agencies around the world must not forget, is that this is not necessarily always the case.

It is not only “leaders” who have a pro-active role in establishing new contacts, but often also more marginal “followers”. And while this approach seems particularly helpful to analyzing jihadist grassroots networks in the West, it is equally relevant to understanding early phases of recruitment into established armed groups, which often include a significant amount of self-selection, pro-actively forming ties with like-minded activists, and the autonomous emergence of informal networks within broader radical milieus.