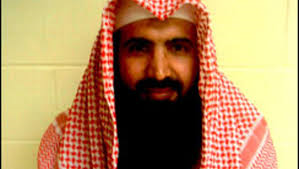 Rep. Duncan Hunter (R-Calif.) raised a controversy with regard to the Obama administration’s releasing dangerous Al Qaeda and Taliban operatives from prison or Guantanamo Bay (GITMO) when he said this week that he suspects convicted Al Qaeda operative Ali Saleh Kahlah Al Marri was freed way early from prison by the administration to return to his native Qatar was part of an effort to free American hostages.

"I think it has something to do with the way that we’re trying to get hostages back, and prisoners in Afghanistan," Duncan — a veteran of Iraq and Afghanistan told Fox News Channel’s "On the Record with Greta Van Susteren."

The White House, in turn, said his sudden release … was for "time served," and was not unusual, although at the time of his sentencing federal prosecutors and Justice Department officials admitted Al Mari was a dangerous Al Qaeda operative withextensive ties into the Al Qaeda network.

The Daily Beast reported, “Hunter said the Obama administration wants to treat terrorists like common criminals, but added, "You can’t release bad guys back in the line of duty while you’re still at war.’”

According to Duncan, the Qatari government asked for Al Mari in return for freeing an American couple from prison.

“Before he was released from a US maximum-security prison last week,” The Daily Beast reported, “a confessed Al Qaeda sleeper agent was offered up in a potential prisoner swap that would have freed two Americans held abroad.”

The Daily Beast said it had “learned that the proposal was floated in July 2014 to the then-US Ambassador [to] Qatar by an individual acting on behalf of that country’s attorney general. According to two individuals with direct knowledge of the case, the proposition was made shortly after the Obama administration traded five Taliban fighters for Army Sgt. Bowe Bergdahl. Those fighters were also sent to Qatar, where they’re to remain under government watch until later this year.

“I believe we must examine the administration’s decision in the case of Al Marri and determine if his release is connected to negotiations of any kind,” Hunter, a frequent critic of the Obama administration’s hostage negotiations, wrote Thursday in a letter to Rep. Mac Thornberry (R-TX), chairman of the House Committee on Armed Services.

As Homeland Security Today reported in its recent in-depth report, There Will be Blood: Freeing the Vilest of the Vile from GITMO, Ali Saleh Kahlah Al Marri — an admitted Al Qaeda operative in the United States, was released earlier this month from a federal prison prior to completing his 15-year sentence for “time served” in federal and DoD custody for eight years without a federal hearing.

Marri was originally arrested in December 2001 during a routine traffic stop in Peoria, Illinois. He was taken into federal custody and held in civilian jails in Peoria and New York City as a material witness to the 9/11 attack as he’d been on the Fed’s radar because Muhammad Mani Ahmad Al Shaalan Al Qahtani  identified him as a relative during questioning by the FBI.

Qahtani was arrested on December 15, 2001 by Pakistani Army and Frontier Corps forces traveling with 31 other Arab Al Qaeda fighters referred to by US intelligence as the “Dirty 30,” many of whom were assessed to be UBL bodyguards and other members of UBL’s security detail, JTF-GITMO’s file on him says. He was transferred to US custody from Peshawar, Pakistan on December 27, 2001.

In 2002, the US government charged Marri with making false statements to the FBI and to financial institutions and identity and credit card fraud. He also used a telephone card to call a number in Dubai linked to senior Al Qaeda financial manager Mustafa Ahmad Al Hawsawi, which his eventual guilty plea said he’d been put in touch with by 9/11 mastermind Khalid Shaykh Muhammad, who’d instructed Marri to enter the United States no later than September 10, 2001 with an understanding that he was to remain in the United States for an undetermined length of time.

After searching his computer, federal agents said they found folders labeled "jihad arena" and "chem," which, according to the government, contained information on hydrogen cyanide. He was arrested and charged with providing "material support or resources" to 9/11 mastermind Khalid Sheikh Mohammed and other Al Qaeda operatives and declared an enemy combatant in 2003 and handed over to DoD.

In 2008, however, US courts ruled Marri, a dual national of Saudi Arabia and Qatar and a US resident, was entitled to a federal hearing. He accepted a plea deal in 2009 in which he admitted he agreed with others to provide material support or resources to Al Qaeda in the form of personnel, including himself, to work under Al Qaeda’s direction and control with the intent to further the terrorist activity or terrorism objectives of Al Qaeda, according to DoJ.

"Without a doubt, this case is a grim reminder of the seriousness of the threat we as a nation still face," Attorney General Holder said at the time.

"The facts admitted by Al Marri demonstrate that he attended terrorist training camps, learned Al Qaeda tradecraft and was dispatched by the highest levels of Al Qaeda to carry out its terrorist objectives in America," said Assistant Attorney General for the National Security Division David Kris.

"Ali Al Marri was an Al Qaeda ‘sleeper’ operative working on US soil and directed by the chief planner of the 9/11 attacks,” said Arthur M. Cummings, II, Executive Assistant Director of the FBI’s National Security Branch. “Al Marri researched the use of chemical weapons, potential targets and maximum casualties. The investigation that disrupted his plot began with tips from local police partners. The investigation that followed took the FBI agents and task force officers around the globe to develop the intelligence to prevent any potential attack and the evidence to bring Al Marri to justice."

"Ali Al Marri admitted that he traveled to central Illinois as an Al Qaeda operative the day before the Sept. 11, 2001 attacks to plan and prepare for future acts of terrorism within the United States," said Acting US Attorney for the Central District of Illinois Jeffrey B. Lang. "Al Marri’s admissions, in open court and after again being advised of his right to a jury trial, confirm the many details of the government’s findings as a result of the exemplaryinvestigative efforts by the FBI and other agencies."

"Our intelligence community believes [he] was training in poisons at an Al Qaeda camp in Afghanistan, and had been sent to the United States before [9/11] to serve as a sleeper agent ready for follow-on attacks," President George W. Bush said during a 2007 speech at the US Coast Guard Academy. “Among the potential targets our Intelligence Community believes this Al Qaeda operative discussed … were water reservoirs, the New York Stock Exchange and United States military academies such as this one.”

"Once again the President is releasing terrorists into the world with little regard to the likelihood that they will re-enter the fight, or for the risk to our forces already in harm’s way,” Thornberry said. “The administration may claim that safeguards are in place or that the track record of re-engagement is negligible; but those of us who read intelligence reports regularly have reason to be skeptical. Let me be clear, these GTMO detainees put Americans at risk, and the American people are right to be concerned.”

Thornberry said, "Action is needed to return sanity to this process … The status quo of cutting terrorists loose with little assurance that they will not take up arms or plot and plan against us is more than foolish — it’s dangerous. The President’s actions increase the risk to both our military and Americans everywhere."

And that’s precisely the threat Homeland Security Today examined in its report, There Will be Blood: Freeing the Vilest of the Vile from GITMO.

Writting in Lawfare, which is published by The Lawfare Institute in cooperation With the Brookings Institution, Lawfare Editor-in-Chief Benjamin Wittes, a Senior Fellow in Governance Studies at the Brookings Institution and author of several books and a member of the Hoover Institution’s Task Force on National Security and Law, said, "Al Marri should not be free. The facts he admitted to in his plea bargain should have kept him locked up for a long time—and those are only the facts to which he admitted. This was an operational Al Qaeda terrorist on US soil in a period of extreme danger. A system that puts him on a plane home now has, in a meaningful sense, failed in its protective function. We can hope that he has outgrown his past and no longer wishes to help Al Qaeda, that the Qataris will keep a close eye on him, or that he is sufficiently exposed so as to be of limited danger now in any case. All of this may well be true. But we shouldn’t have to hope."

"The fact that Al Marri is now free is … a creature of the failed experiment of domestic military detention … The government may have gained in the short-run from treating Al Marri as an enemy combatant; it protected information from disclosure at a criminal trial and it got to interrogate him for a long period of time. But these things came at a huge price. That price was in compromising the criminal case against him and making a stiff sentence much harder to obtain," Wittes stated.

Continuing, Wittes wrote that the, "conflict between short-term intelligence interests and the long-term incapacitation has not arisen in more recent cases nearly as acutely because the government has gotten dramatically better both at deconflicting intelligence and law enforcement interests in real time and at navigating the criminal justice system so as not to compromise either. It’s an imperfect process, one that always leaves the talk shows babbling about whether a suspect should have been Mirandized earlier or later. But the value of navigating those decisions well is that people like Al Marri who are caught today are not going be freed as soon as he has been. And they’re not becoming civil liberties poster children either. That’s a good thing. It’s good for civil liberties and it’s good for public safety."

Lastly, Wittes said, "it’s a really good thing we have an NSA."