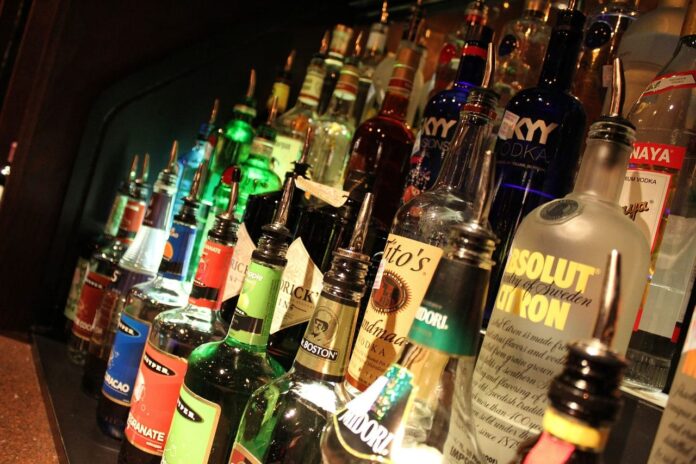 A Toledo woman pleaded guilty to terrorism charges related to her role in a conspiracy to launch an attack on a bar in Toledo.

Elizabeth Lecron, 24, pleaded guilty in U.S. District Court in Toledo to one count of conspiracy to provide material support or resources to terrorists and one count transporting explosives in interstate commerce.

Her co-conspirator, Vincent Armstrong, pleaded guilty earlier this month to one count of conspiracy to transport or receive an explosive with intent to kill, injure, or intimidate any individual, and maliciously damage or destroy by fire or explosive.

“This defendant has admitted to plotting a terrorist attack in downtown Toledo,” U.S. Attorney Justin Herdman said. “She purchased a shotgun, black powder, screws and other items for the purpose of launching mass-casualty attacks. For years we have used this statute to prosecute those who supported our enemies abroad, and are gratified we are able to use it to hold accountable people who planned to attack our neighbors, regardless of ideology.”

“Elizabeth Lecron has accepted responsibility for planning and obtaining weapons and explosive components as preparation to conduct a mass shooting,” FBI Special Agent in Charge Eric B. Smith said. “The two recent mass shootings that took 29 lives remind us that without the vigilance of the citizen that alerted law enforcement of Lecron and Armstrong’s desire to kill, Toledo could have been the site of a massacre.  Law enforcement urges the public to report suspicious, concerning behavior – see something, say something.”

Toledo Police Chief George Kral said: “This week should show all Ohioans the threats that are ever present in our communities. With this plea, a dangerous potential mass murderer will be off our streets. Our citizens have to be a part of the solution. I strongly encourage people to report suspicious behavior to law enforcement. It quite honestly could be a matter of life or death.”

According to the plea agreement and other documents filed in the case:

Lecron conspired with Armstrong from April 2018 through December 10, 2018. The two met in February 2018, started dating a few months later and moved in together at residence in Toledo. Shortly after meeting, Lecron expressed her interest in mass murderers in introduced Armstrong to the “True Crime Community” or TCC. Lecron allegedly engaged with members of the community via Tumblr, under the username “ligaturemarkings” and “charlestonchurchmiracle.” Armstrong joined the Tumblr TCC community with the username “societysheretic.”

Lecron routinely posted items about the Columbine High School shooters and the Charleston church shooter. Armstrong and Lecron privately discussed committing their own mass murder in the Toledo area. They referred to the attack as “D-Day” and discussed using guns and explosives. Armstrong owned an AK-47 while Lecron purchased a shotgun with Armstrong. Both guns were to be used in the attack and Lecron and Armstrong went to the shooting range to practice their firearm skills.

Lecron showed Armstrong a web site that had detailed instructions on how to make improvised bombs they intended to use during the attack. The two agreed to build a pipe bomb. Armstong purchased end caps from a local hardware store and they discussed the additional parts they needed to buy to build the pipe bomb.

The pair agreed what to wear during the attacks, looking to emulate the Columbine shooters. Lecron purchased combat boots that she felt would not slip on all the blood during the attack, as well as a t-shirt that read “False Prophet.”

They discussed numerous possible targets for the attack and settled on a bar in downtown Toledo.

Lecon wrote about “D-Day” in her journal. In a journal entry dated June 5, 2018, she wrote that visiting friends that weekend was exhausting, but that “D-Day will be my salvation.”

Lecron and Armstrong flew to Denver in August 2018 to visit sights related to the shooting at Columbine High School. Lecron posted that their next trip would be to Charleston to visit “the church.”

Law enforcement agents executed search warrants on Armstrong and Lecron’s house and vehicles on December 10, 2018. The trunk of Armstrong’s vehicle contained a duffel bag with a tactical vest with two loaded magazines for an AK-47, two loaded magazines for a pistol, a gas mask and printed instructions on how to construct various bombs. In the house, law enforcement found an AK-47, two shotguns (including the one purchased by Lecron), two handguns and ammunition.

Additionally, Lecron on December 8, 2018, purchased two pounds of Hodgdon Triple Seven Muzzleloading Propellant from a retailer in Rossford, Ohio. She then purchased 665 screws from another retailer nearby. She then gave the items to a confidential human source with whom she began communicating in August 2018 about mass shootings via the Tumblr TCC group.

On September 11, 2018, Lecron, the confidential source and two undercover agents discussed conducting a bomb attack. Lecron said: “I want to get out there. I want to like, you know, be part of it, you know. I want to help any way I can. I’ve never had an in to this sort of thing so now that I do I just want to do anything I can.” When asked if she had any concerns about human casualties, Lecron replied: “Take them out. I don’t really feel any type of way for that…I’m here to send a message and get the job done…if they are in the way of the explosion, they’re probably part of the problem so maybe it’s for the best.”

On December 4, 2018, the confidential source called Lecron asking for help in a plan to bomb a pipeline in Georgia. The source asked Lecron to purchase black powder. Lecron replied: “Absolutely…Thank you so much. Hell yeah. This is exactly what I wanted to do.”

She purchased the black powder and screws four days later and delivered them to the confidential source.