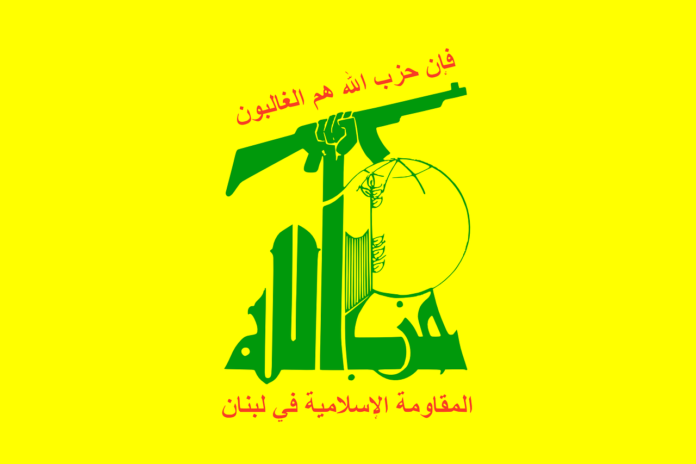 The U.S. Department of the Treasury’s Office of Foreign Assets Control (OFAC) sanctioned two members of Hizballah’s Central Council. The Central Council is responsible for identifying and electing the group’s highest decision-making body, the Shura Council, which formulates policy and asserts control over all aspects of Hizballah’s activities, including its military activities. Specifically, OFAC designated Nabil Qaouk (Qaouk) and Hassan al-Baghdadi (Baghdadi) for being leaders or officials of Hizballah.

“Hizballah’s senior leaders are responsible for creating and implementing the terrorist organization’s destabilizing and violent agenda against U.S. interests and those of our partners around the world,” said Secretary Steven T. Mnuchin. “We must continue to hold Hizballah accountable for its horrific actions as we approach the 37th anniversary of Hizballah’s bombing of the U.S. Marine Barracks in Beirut, Lebanon.”

Qaouk and Baghdadi were designated under Executive Order (E.O.) 13224, as amended, which targets terrorists, leaders or officials of terrorist groups, and those providing support to terrorists or acts of terrorism.

Nabil Qaouk and Hassan al-Baghdadi are leaders or officials of Hizballah, a person whose property and interests in property are blocked pursuant to E.O. 13224, as amended.

Qaouk has served on Hizballah’s Executive Council, which oversees the group’s social and economic activities, as well as its Central Council. In recent years, he has spoken publicly on behalf of Hizballah, threatening war with Israel, denouncing the U.S. presence in the region, and lauding Hizballah’s use of guerrilla warfare, which serves only to erode security in Lebanon. Qaouk has also delivered speeches on behalf of Hizballah at several ceremonies commemorating deceased Hizballah terrorists, including the former Hizballah External Security Organization chief Imad Mughniyah and Iran’s Islamic Revolutionary Guard Corps-Qods Force (IRGC-QF) commander Qasem Soleimani, both of whom were responsible for the deaths of countless Americans. Mughniyah was designated in October 2001 for his ties to Hizballah, and Soleimani was designated in October 2011 for acting for or on behalf of the IRGC-QF.

Baghdadi, who has publicly identified himself as a Hizballah official, has participated in political events and delivered speeches on behalf of Hizballah. In several speeches, he praised Secretary General Hassan Nasrallah and defended Hizballah’s targeting of Americans. In 2020, Baghdadi attended a symposium in Lebanon during which he commended the IRGC and fighters in Syria and Iraq for attacking U.S. military bases. OFAC and members of the Terrorist Financing Targeting Center (TFTC) designated Nasrallah in May 2018 for acting for or on behalf of Hizballah, which he has led since 1992. OFAC previously designated Nasrallah in January 1995 for threatening to disrupt the Middle East peace process and in September 2012 for providing support to the Syrian regime of Bashar Assad.

In 2015, Baghdadi attended a ceremony in Tehran, Iran, with Naim Qassem and several other ranking officials, during which Qassem unveiled his book and praised Hizballah’s war with Israel. OFAC and the TFTC designated Qassem, the Deputy Secretary General of Hizballah, in May 2018 for acting for or on behalf of Hizballah.

The Treasury Department continues to prioritize disruption of the full range of Hizballah’s illicit financial activity, and with this action has designated over 95 Hizballah-affiliated individuals and entities since 2017. OFAC took this action pursuant to E.O. 13224, as amended, which targets terrorists, leaders or officials of terrorist groups, and those providing support to terrorists or acts of terrorism. Hizballah was designated by the Department of State as a Foreign Terrorist Organization in October 1997 and as a Specially Designated Global Terrorist (SDGT) pursuant to E.O. 13224 in October 2001.

As a result of today’s action, all property and interests in property of the individuals named above, and of any entities that are owned, directly or indirectly, 50 percent or more by them, individually, or with other blocked persons, that are in the United States or in the possession or control of U.S. persons, are blocked and must be reported to OFAC. Unless authorized by a general or specific license issued by OFAC or otherwise exempt, OFAC’s regulations generally prohibit all transactions by U.S. persons or within (or transiting) the United States that involve any property or interests in property of designated or otherwise blocked persons. The prohibitions include the making of any contribution of funds, goods, or services by, to, or for the benefit of any blocked person or the receipt of any contribution of funds, goods or services from any such person.

Furthermore, engaging in certain transactions with individuals designated today entails risk of secondary sanctions pursuant to E.O. 13224, as amended, and the Hizballah Financial Sanctions Regulations, which implement the Hizballah International Financing Prevention Act of 2015, as amended by the Hizballah International Financing Prevention Amendments Act of 2018. Pursuant to these authorities, OFAC may prohibit or impose strict conditions on the opening or maintaining in the United States of a correspondent account or a payable-through account by a foreign financial institution that knowingly facilitates a significant transaction for Hizballah or on behalf of a designated terrorist group, or a person acting on behalf of or at the direction of, or owned or controlled by, Hizballah.