Concurrent with OFAC’s action today, the U.S. Department of State also designated an individual for posing a significant risk of committing acts of terrorism. 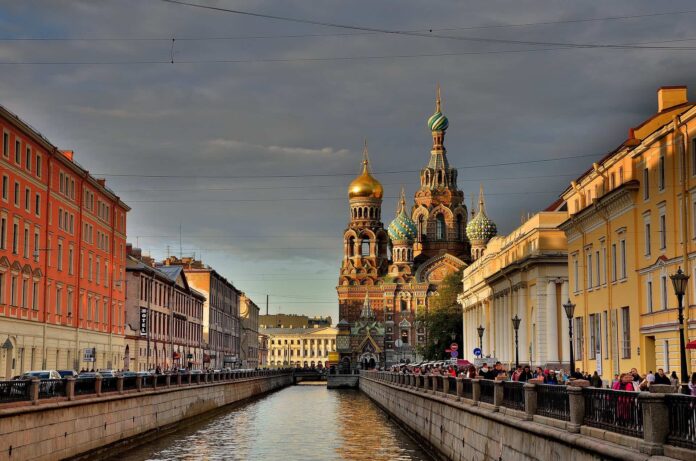 “The Russian Imperial Movement has sought to raise and move funds using the international financial system with the intent of building a global network of violent groups that foster extremist views and subvert democratic processes,” said Under Secretary of the Treasury for Terrorism and Financial Intelligence Brian E. Nelson. “RIM and its supporters continue to exacerbate Russia’s war of aggression in Ukraine through their fundraising efforts. We will continue to identify opportunities to disrupt networks of racially and ethnically motivated violent extremists who seek to train, fundraise, or recruit across borders and prevent the international financial system from becoming an incubator of violent extremist activity.”

Today’s action implements the National Strategy for Countering Domestic Terrorism and specifically targets a Racially and Ethnically Motivated Violent Extremist (REMVE) group that has reached out to individuals in the United States. OFAC, in coordination with the Department of State, other components of the federal government, and foreign allies, will continue to identify entities and individuals that meet the criteria for designation as SDGTs pursuant to the national strategy.

Stanislav Shevchuk, a Europe-based representative of RIM, travelled to the United States in 2017 with the objective of establishing connections between RIM and far-right extremist and white nationalist groups. He has also spoken on behalf of RIM at rallies in Europe and advocated publicly for the group throughout Europe as recently as 2019.

Alexander Zhuchkovsky, a Russia-based supporter of RIM, has repeatedly used his account on Russia-based social media platform VK, formerly known as VKontakte, to fundraise and recruit for RIM. Since 2014, Zhuchkovsky has raised over 200 million rubles to purchase weapons and military equipment for RIM and other pro-Russian fighters in the Donbas in Ukraine and has facilitated the travel of RIM fighters to the region. Since Russia began its unprovoked war against Ukraine in February 2022, Zhuchkovsky has continued using his social media accounts and online payment methods to purchase military equipment and supplies for Russian fighters carrying out the invasion of Ukraine and continued fighting in the Donbas Region. Zhuchkovsky has also taught at RIM’s Partizan training center in St. Petersburg, Russia, where participants receive training to conduct acts of terrorism and violence.

Stanislav Shevchuk is being designated pursuant to Executive Order (E.O.) 13224, as amended, for having acted or purported to act for or on behalf of, directly or indirectly, RIM. Alexander Zhuchkovsky is being designated pursuant to E.O. 13224, as amended, for having materially assisted, sponsored, or provided financial, material, or technological support for, or goods or services to or in support of, RIM.

Concurrently with Treasury’s designations, the Department of State designated Swedish national Anton Thulin pursuant to E.O. 13224, as amended, for his continued pursuit of terrorist training, even after serving his prison sentence for his 2017 attacks in Sweden, which demonstrates that he continues to be a terrorism threat.

As a result of today’s action, all property and interests in property of the individuals named above, and of any entities that are owned, directly or indirectly, 50 percent or more by them, individually, or with other blocked persons, that are in the United States or in the possession or control of U.S. persons must be blocked and reported to OFAC. Unless authorized by a general or specific license issued by OFAC or otherwise exempt, OFAC’s regulations generally prohibit all transactions by U.S. persons or within the United States (including transactions transiting the United States) that involve any property or interests in property of designated or otherwise blocked persons.

Furthermore, engaging in certain transactions with the individuals designated today entails risk of secondary sanctions pursuant to E.O. 13224, as amended. Pursuant to this authority, OFAC can prohibit or impose strict conditions on the opening or maintaining in the United States or a correspondent account or a payable-through account of a foreign financial institution that either knowingly conducted or facilitated any significant transactions on behalf of a SDGT, or that, among other things, knowingly facilitates a significant transaction for RIM or certain persons designated for their connection to RIM.

The power and integrity of OFAC sanctions derive not only from their ability to designate and add persons to the Specially Designated Nationals and Blocked Persons (SDN) List, but also from OFAC’s willingness to remove persons from the SDN List consistent with U.S. law. The ultimate goal of sanctions is not to punish, but to bring about a positive change in behavior. For information concerning the process for seeking removal from an OFAC list, including the SDN List, please refer to OFAC’s Frequently Asked Question 897. For detailed information on the process to submit a request for removal from an OFAC sanctions list.