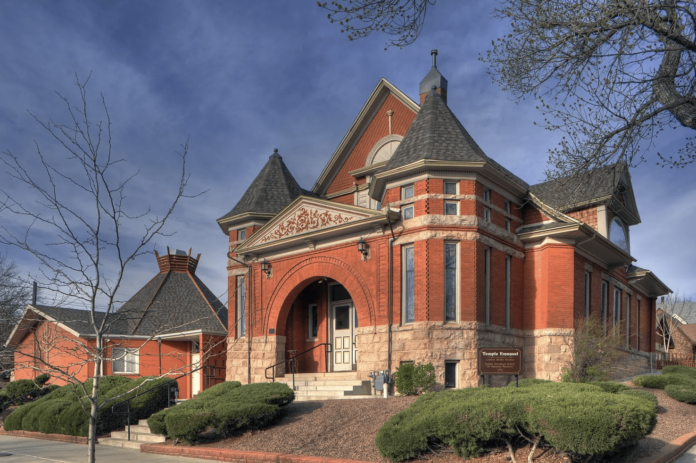 The Justice Department announced that Richard Holzer, 28, pleaded guilty today to federal hate crime and explosives charges for plotting to blow up the Temple Emanuel Synagogue in Pueblo, Colorado.

Holzer pleaded guilty to intentionally attempting to obstruct persons in the enjoyment of their free exercise of religious beliefs, through force and the attempted use of explosives and fire, in violation of Title 18, U.S. Code, Section 247, and with attempting to maliciously damage and destroy, by means of fire and explosives, a building used in interstate commerce, in violation of Title 18 U.S. Code, Section 844(i).

“The defendant attempted to bomb the Temple Emanuel Synagogue to drive people of Jewish faith out of his community,” said Assistant Attorney General Eric Dreiband of the Civil Rights Division. “Violence motivated by religious intolerance strikes at the heart of a free society, and the Justice Department will continue to investigate and prosecute these violent acts of hate.”

“This is the most important work that we can do – protecting our communities by stopping an attack before it occurred,” said U.S. Attorney Jason Dunn for the District of Colorado. “The people of Pueblo and the State of Colorado are safer as a result of today’s guilty plea and the outstanding work of prosecutors and the FBI.”

In the plea agreement, Holzer admitted that he planned to destroy Temple Emanuel, a synagogue in Pueblo, Colorado, that is listed on the National Register of Historic Places. Holzer, who self-identifies as a Neo-Nazi and a white supremacist, used social media accounts to promote white supremacy ideology and acts of violence and visited Temple Emanuel to observe Jewish congregants. After one such visit, Holzer told undercover FBI agents that he wanted to do something that would tell Jewish people in the community that they are not welcome in Pueblo, and they should leave or they will die. Holzer sent an undercover FBI agent pictures of himself holding automatic weapons and said he was “getting ready for RAHOWA,” shorthand for a racial holy war.

On the evening of Nov. 1, 2019, Holzer met with undercover agents, who provided Holzer with inert explosive devices that had been fabricated by the FBI, including two pipe bombs and 14 sticks of dynamite. Before taking custody of the explosives, Holzer removed a copy of “Mein Kampf” from his bag and told the undercover agents that “this is a move for our race.” Holzer admitted that he planned to detonate the explosives several hours later, in the early hours of Saturday morning, Nov. 2, 2019. The actions Holzer admitted in the plea agreement meet the federal definition of domestic terrorism, as they involved criminal acts dangerous to human life that were intended to intimidate or coerce a civilian population.

Sentencing is set for Jan. 20, 2021 before U.S. District Judge Raymond P. Moore. Holzer faces a maximum sentence of 20 years in prison for the hate crime charge and 20 years for the explosives charge, a fine of up to $250,000, and a term of supervised release.

Assistant U.S. Attorney Julia Martinez and Trial Attorney Michael J. Songer of the Civil Rights Division are prosecuting the case on behalf of the government. The FBI conducted the investigation with the assistance of the Pueblo Police Department and Pueblo County Sheriff’s Office.