ANALYSIS: FAMS Must Promote from Within and Build Culture of Professionalism 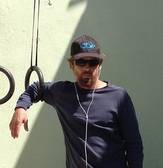 Federal Air Marshal Service (FAMS) Director Roderick Allison’s appearance was fleeting during the House Committee on Homeland Security Subcommittee on Transportation Security’s July 16, 2015 hearing on FAMS readiness and aviation security, but the waters were definitely muddier by the time his questioning had finished. But, after sewing confusion over the FAMS’s risk-based approach toward aviation security, and causing security experts within hundreds of miles of the Potomac to scratch their heads in confusion over other comments, he returned happily to FAMS headquarters whose employees only rarely come out of the shadows.

Well, recently some of FAMS “security experts” from headquarters surfaced once again, and their hands surely shifted and eyes darted when they were questioned about the Government Accountability Office’s (GAO) audit report on FAMS, Actions Needed to Better Incorporate Risk in Deployment Strategy.

The new report pointed out difficulties the GAO had in interpreting FAMS methods for measuring risk and assigning flights to air marshals based on that risk analysis. The report also reflected how FAMS used subjective information when selecting risk to certain flights, relying “on consultation with 30 subject matter experts from various offices within the Transportation Security Administration (TSA) based on their intuitive, qualitative perceptions of threats, vulnerabilities, potential impacts, history and the demographics of the areas.” The general citizen may not understand what this means, but I, as a former Federal Air Marshal, sure do. Words like intuition and perception are not usually used in correlation with any professional risk analysis, but I am getting ahead of myself.

To understand this report in layman’s terms, the reader of the GAO audit must take a trip to FAMS headquarter to see the “experts” in their native environment. When we travel down into the bowels of FAMS headquarters, it is best to keep a flashlight on to see clearly. Although one may be tempted to turn on a light, the darkness within which these experts reside is best for the nagging and perpetual hangovers of a workforce grown accustomed to a party culture.

During our search, we shine our light around a corner and see two silhouetted figures huddled around a water cooler. Upon closer inspection, we realize it is only Bob and Jane, two so-called security experts and members of the FAMS Director staff. It would be a mistake to approach any closer, however, since the higher echelon can be combative and cocky if approached on their home turf.

As we listen in on their conversation, we learn Bob and Jane have been tasked with determining what international and domestic flights to assign air marshals over the next month. During their conversation, Bob and Jane decide it would be best to take the trip to the Transportation Security Operations Center, or TSOC, a small secure facility located across the road from the Dulles Hilton in Herndon, Virginia. Here, they will meet with the big boys: the FBI, CIA, Department of Defense and other agencies that have personnel located at the TSOC. FAMS have many of their own people at the TSOC, but they typically work more as planners and schedulers for the flights passed down by headquarters for air marshal assignments.

Conversation between Bob and Jane is cordial on the way to the TSOC. They talk about the latest evaluation on their climb up the FAMS ladder as they arrive at the front gate. Here, they receive their temporary identification, park their government vehicle and walk to the main entry to proceed through the security screening area. After passing through a metal detector and receiving their visitor badges, Bob and Jane proceed into the building where they see the large, twisted and looming piece of metal from Tower One of the World Trade Center, which was placed as a monument and reminder of the victims of the September 11, 2001 attacks.

Bob and Jane admire the twisted metal for a moment, then turn right down a long hall leading to the Mission Operations Center (MOC). The MOC is where many air marshals from around the country are assigned ground based duties to work in what can be considered a type of “call center” for air marshals. Bob and Jane do not head into the MOC to talk with any air marshals, however. Instead, they knock on a small black door located near the entrance to the MOC. The door has no marking on it, but it leads to a small room called the SCIF, or Sensitive Compartmented Information Facility. Inside the SCIF is a CIA analyst named Mark. The analyst sees Bob and Jane on a regular basis and is not surprised to see them when he opens the door. Mark steps out into the hallway, since Bob and Jane do not have access to enter the SCIF, and the conversation between the three goes something like this:

Bob: “Hey Mark, what’s new? Did you go to the game yesterday?”

Bob: “Well, you should have seen it. What a doozy!”

Jane: “Well, Mark, we don’t want to waste your time. I’m sure you know what we’rehere for.”

Mark: “The same one’s as last time — Manila, London, Frankfurt, Sydney, and the like; and the domestic one’s, same as last time — New York, DC, LAX, LAS, ATL, DEN, SFO, and all the usuals.”

Bob: “That’s just great, Mark! Anything we can do for you?”

And, as simple as that, the work of “Bob” and “Jane” is finished. The information they have from Mark tells them which countries to assign flights, and suggests they should model other international mission flight coverage off previous scheduling — and they know which locations to concentrate on for their domestic flights. The “experts” can now seek the solace of FAMS headquarters and appease their boss with a cheap risk analysis of flight coverage based on subject matter expertise. Bob and Jane just saved the FAMS a lot of money, and they know that the $10,000 bonuses TSA likes to divvy out are sure to roll around their way soon enough.

If there is justification in the GAO audit to be found for having air marshals cover specific flights, it would be the Special Mission Coverage (SMC) flights. GAO acknowledged that the data on SMC flights was “sufficiently reliable for the purposes of [their] report.” A SMC is typically performed by request from the CIA or FBI when the suspect is traveling by air and they wish to have that suspect surveilled. The CIA and FBI “request” is similar to how the air marshal program selected flight coverage from the early 1960s to the Sky Marshal era of the early- to mid-1970s. The FBI used to be responsible for selecting flights for air marshals to patrol. From the early 1990s to September 10, 2001, the air marshal program worked closely with the Intelligence Community (IC) to select flights and track terrorists around the globe.

However, GAO’s audit “identified three ways FAMS could better incorporate risk into its deployment decisions, in accordance with Department of Homeland Security (DHS) and TSA risk management policy and guidance.”

First, GAO found “FAMS considers its travel budget and number of personnel, but not risk when initially dividing its annual resources between domestic and international flights. With this approach, FAMS attempts to maximize the total number of flights it can cover, but because this model does not account for risk, FAMS cannot ensure it is devoting its resources to the highest risk flights overall.”

Secondly, GAO found that “FAMS officials report that when FAMS revised its domestic deployment strategy in 2014, their choice of geographic focus areas and resource allocation levels were based on subject matter experts’ professional judgment, not a risk assessment. FAMS officials stated this approach was appropriate because they were updating the strategy, not conducting a study. While providing perceptions of risk, the experts’ input was not systematically collected and assigned risk values. Doing so would better position FAMS to ensure its resources are targeted using a risk-based approach.”

Lastly, GAO concluded, “FAMS does not document rationales for its international deployment decisions because it has not identified a need to do so. Without documentation of the basis for these decisions, neither FAMS nor an external party can effectively oversee these decisions.”

GAO recommended “FAMS further incorporate risk into FAMS’s method for dividing resources between international and domestic flights; conduct a risk assessment to support certain domestic deployment decisions; document the rationale for FAMS’s selection of international deployment destinations; adopt a consistent name and definition for the TSA coverage score; and report performance results for all categories that comprise the score.”

DHS concurred with all of GAO’s recommendations.

Since 9/11, however, the newly formed FAMS was stripped of many of its crucial contacts and links to the IC. This “do it on our own” attitude of FAMS can be found in the GAO report when FAMS admitted it used 30 TSA “experts” to determine risk for assigning air marshal mission flights. The only experts about aircraft and in-flight security are the men and women flying around in support of the FAMS mission, not the TSA “chair-marshals” in the bowels of headquarters.

If FAMS is going to have any chance of surviving and retaining their budget as a fledgling agency in the eyes of many policymakers, then they will need to begin promoting from within and build a culture of professionalism. To continue to promote the same cronies and under qualified “experts” who do little for aviation security but justify budgets, it will surely spell the end of FAMS as we know it.

Contributing Writer Clay Biles is a former Navy SEAL and Department of State Diplomatic Security Service contractor who served as a Federal Air Marshal and instructor from 2008-2013. Biles was selected to receive the Distinguished Honor Graduate award upon graduation from the Federal Air Marshal academy and later accepted a number of other commendations during his service. He currently owns and operates High Order Security, a California licensed security consulting firm operating in Mexico providing risk management and assistance to high risk personnel. He last reported on FAMS in the report, Federal Air Marshal Service’s Failure to Adapt to New Aviation Threats is Alarming. He’s the author of, The United States Federal Air Marshal Service: A Historical Perspective, 1962-2012, and, Unsecure Skies. His report, The Secret World of Federal Air Marshals, in the December, 2013 Homeland Security Today, provoked a terse response from FAMS, which we reported in the November 2013 Homeland Security Today.