Prior to joining IOM, Pope served as the Senior Advisor on Migration to President Biden in 2021. 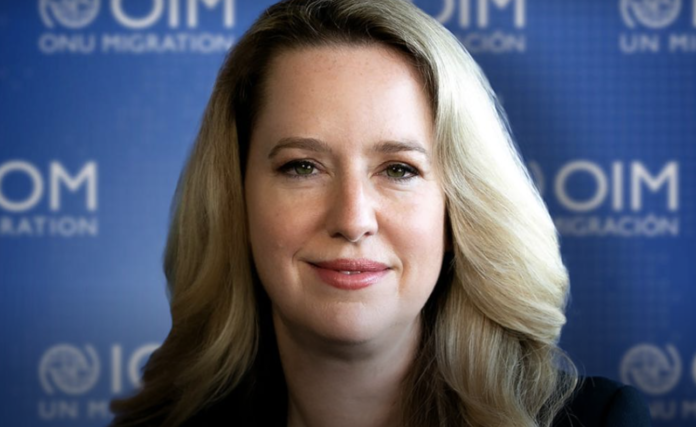 The United States is nominating Amy Pope to be the next Director General of the International Organization for Migration (IOM). Pope currently serves as the Deputy Director General for Management and Reform at IOM.

Pope was appointed as IOM’s Deputy Director General – Management and Reform on May 31, 2021, taking office on September 1, 2021.

Prior to joining IOM, Pope served as the Senior Advisor on Migration to President Biden in 2021, Deputy Assistant to the President and Deputy Homeland Security Advisor from 2015-2017, and as Special Assistant to the President and Senior Director on Transborder Security from 2013-2015. At the White House, she developed and implemented comprehensive strategies to manage migration surges, address trafficking in persons, respond to the Zika and Ebola outbreaks, and prepare communities to react to climate crises. Since then, she has continued to promote dialogue on global migration challenges through her academic writing and work with Chatham House. She has also occupied positions at the US Department of Justice and US Senate and was a Partner in the London-based law firm Schillings.