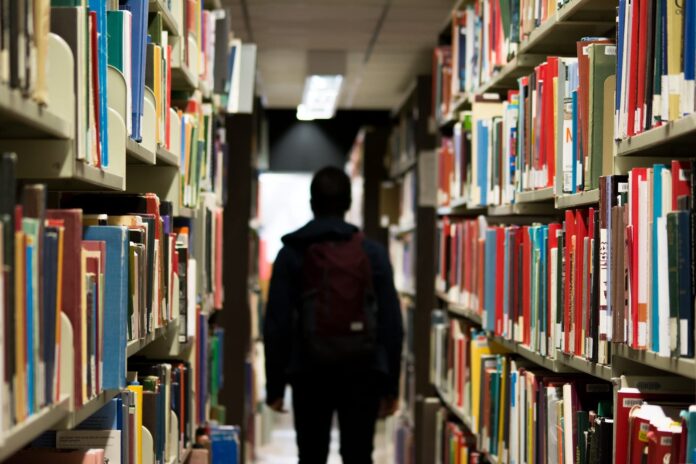 The Department of Homeland Security’s (DHS) U.S. Immigration and Customs Enforcement (ICE) has identified several fraud risks to the Student and Exchange Visitor Program (SEVP). These include risks associated with school owners and designated school officials (DSO) who help ICE oversee students in the program.

As of March 2018, more than 1.2 million foreign students in the United States were enrolled in 8,774 schools certified by SEVP. ICE is responsible for managing SEVP, which certifies schools to enroll foreign students. Various ICE offices have a role in preventing, detecting, and responding to potential fraud in the program.

The Enhanced Border Security and Visa Entry Reform Act of 2002 states that a material failure of an SEVP-certified school to comply with the record-keeping and reporting requirements to receive foreign students shall result in the suspension for at least one year, or termination, of the school’s approval to receive such students.

GAO was asked to review potential vulnerabilities to fraud in SEVP. GAO examined, among other things, the extent to which ICE implemented controls to address fraud risks in the school certification and recertification processes and implemented fraud risk controls related to DSO training.

ICE must conduct recertification reviews every two years to ensure that schools continue to meet program requirements. Between 2013 and 2017, ICE recertified about 12,900 schools. However, according to ICE officials, they have been unable to meet the two-year time frame and, as of June 2018, had 3,281 recertification petitions waiting for review.

To help manage its queue, ICE has lengthened the period between recertification reviews by extending schools’ certification expiration dates by 180 days, which GAO says is inconsistent with its regulation and may allow fraudulent schools to operate longer without detection. Although ICE is taking steps to increase resources for recertification, it is unclear whether these steps will ensure recertification is conducted consistently with ICE regulations.

ICE relies on DSOs to, among other things, update and maintain foreign-student data in ICE’s foreign-student information system and report suspected fraud to ICE. However, the GAO investigation found ICE does not provide DSOs with training that addresses fraud risks to the program. In June 2018, ICE officials stated that they plan to develop this fraud training for DSOs, but do not have documented plans or timelines for when it would be completed.

ICE is exploring the use of better data analytics to help detect fraud in SEVP but has not yet employed techniques, like network analysis, to help detect and prevent fraud prior to certification. ICE officials with SEVP stated that they are exploring the use of additional data-analytics tools to help mitigate fraud in the program, including tools that can perform network analysis. SEVP awarded a contract in September 2018 to help establish a data-governance framework within the program. Among other things, the contract will examine the tools, skill sets, and number of people needed to support the data-related needs for SEVP, to include operational data and analytics. According to agency officials interviewed in the GAO report, SEVP plans to award a contract in the first quarter of fiscal year 2019 to provide better data-analytics support.

In addition to building on these efforts to use data analytics, GAO is recommending that the Director of ICE should develop a fraud risk profile and begin notifying certified schools 180 days prior to, and requiring submission of complete recertification petitions by, the two-year certification expiration date, and evaluate whether additional resources are needed. GAO also recommends the Director should, as practicable, verify the eligibility information provided to establish the immigration or citizenship status of lawful permanent residents and naturalized U.S. citizens, as well as U.S.-born citizens, who have been nominated or renominated to serve as DSOs. In addition, GAO wants to see ICE develop an implementation plan for the project aimed at strengthening background checks for DSOs; and implement mandatory DSO training and verify that the training is completed.

DHS has concurred with all of GAO’s recommendations and estimates all requirements will be met by October 2020, with the bulk of actions being taken by October 2019.