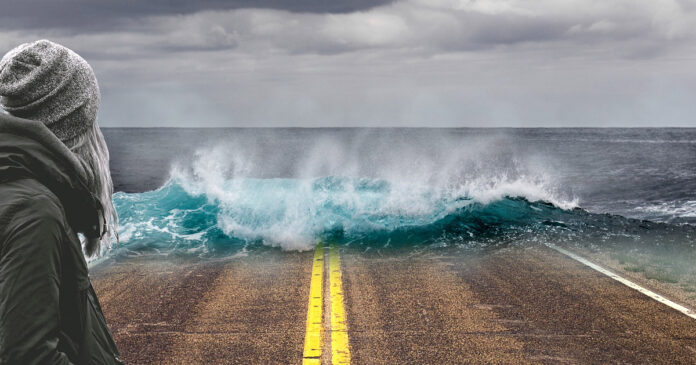 Climate change and the insecurity it stimulates have the potential to amplify existing conflicts, trigger conflicts over scarce resources, and trigger forced migration (refugees and internally displaced persons or IDPs) now and in the future.

Climate security involves mitigating the environmental, cultural, economic, and social challenges that arise from the convergence of climate stresses—including extreme weather, droughts, heat stress, and wildland fires—and conflict stemming from organized crime, criminal armed groups (CAGs), and insecurity.  The ‘climate-conflict nexus’ is complicated and manifests itself in a variety of ways. A combination of global stressors, local conditions, and existing conflicts come to play.  Racial discrimination, ethnic tensions, and resource competition together with corruption, impunity, and endemic crime can coalesce to exacerbate human risk and drive migration. Both state and non-state actors can drive security risks that cause migration and can threaten refugees and IDPs as they flee from conflict-ridden areas.  And when disasters trigger migration, criminal enterprises can exploit these situations in their pursuit of profit and power. During the COVID-19 pandemic, organized criminal enterprises—such as mafias, gangs, cartels, and other CAGs—demonstrated how they could successfully exploit diminished state capacity and fear to further their goals.

Geographic areas impacted by the climate-conflict nexus include (but are not limited to) the Northern Triangle of Central America, where maras (a form of gang) such as Mara Salvatrucha (MS-13) and Barrio 18 victimize their communities and migrants; and Africa, where conflict, crime, and repression converge. The situations in Central America and Africa have contributed to border migration crises on the U.S. Southern Border and throughout Europe and the Mediterranean.

Addressing threats against migrants and the communities they flee, while also protecting the victims of forced migration, requires concerted action from a range of players including the state (diplomats, the police, military and security services); humanitarian actors, and charities; civil society; and threat actors themselves. An important part of that concerted action includes the acquisition of intelligence that provides knowledge of the situation, threats, and opportunities. The requisite intelligence includes awareness of threat actors, including parties to conflict and criminal organizations. It also includes recognition of the terrain where the events occur (including border zones, migration routes, lifelines, essential utilities, dangerous forces, and medical, humanitarian, and cultural spaces), the weather (metrological conditions and forecasted climatic influences and impact), and the political landscape, including the interaction between various threat actors, government entities, and humanitarian aid providers.

What is intelligence and what is humanitarian intelligence? Simply stated, intelligence is analyzed information that is vetted and validated to provide a decision-maker with an understanding of the situation in order to form a viable course of action to respond to the situation or crisis at hand. In the framework of climate-related conflict and forced migration, providing humanitarian intelligence means giving a range of humanitarian actors the intelligence needed to craft a response to a humanitarian crisis by answering questions to provide an understanding of the situation and a definition of the type of crisis or conflict involved. Does the conflict result from endemic crime or civil strife? If so, do those situations rise to the level of a non-international armed conflict (NIAC), or are they part of an international armed conflict (or war) resulting in conflict disasters? Do they exist independently, or are they exacerbated by compounding circumstances, such as natural disasters (earthquakes, wildland fires, floods, hurricanes, etc.)? Are displaced persons driven from the affected areas by criminal gangs, state forces (police or military), or a corrupt combination of state-criminal collusion?

Humanitarian intelligence can provide an understanding of the area involved (geospatial intelligence); the actors involved (parties to the conflict, state forces, criminal armed groups, the media, displaced persons, humanitarian actors); and the capabilities and intentions of all of those involved. It can also provide an understanding of the population and the effects of the conflict on the population, including the numbers of persons in the affected areas and the distribution of that population by age, gender, economic and social group.

Developing humanitarian intelligence includes answering myriad questions about the conflict situation. How many women, children, and persons with physical challenges are present? How many have been dispersed and to where? Are there displaced persons camps? Are there criminal armed groups, territorial gangs, political extremists, guerrillas, or state forces involved? What is their position in the conflict? What is the extent of endemic corruption and impunity? What is the extent of conflict and victimization? Are there femicides, genocide, or other mass atrocities? Is there a history of conflict-induced rape, extortion, and victimization of displaced persons? What is the underlying political, economic, military, diplomatic, and security situation (police, courts, prisons)? What are the climate stressors and what are the terrain influences (urban, exurban, rural)? Are those areas involved in conflict?

Intelligence requirements to address humanitarian crises vary over time. There are current intelligence needs, such as security risks requiring force protection or immediate hazards that require mitigation to effectively operate. There are also early warning initiatives such as climate, conflict, and terrorism early warning and strategic foresight that facilitate anticipating and preparing for response and enabling conflict analysis. Together these influence the success or failure of humanitarian intervention and assistance.

Putting it Together: Humanitarian Operations-Intelligence Fusion

Building a sensing, analysis, and decision-support capacity for humanitarian intervention for climate-conflict induced forced migration requires a number of concrete steps. First integrate core humanitarian principles: Humanity, Impartiality, Neutrality, and Independence. That does not mean there can’t be interaction with other involved actors such as military or police agencies operating in the crisis area, but it is essential to remain objective, building trust while focusing on protection and service delivery while maintaining objectivity. When working with other actors, it is imperative to sustain neutrality and balance competing influences to ensure protection. Maintaining neutrality requires operational security (not sharing mission-critical or personnel information with others that can compromise the mission) and balancing action and security.

The competing intelligence needs of all actors, including those involved in security or providing humanitarian service and access, can complicate matters. The existence of criminal actors may require state security officials to arrest and detain persons who provide useful information and access to humanitarian efforts. In addition, some actors (both armed non-state actors or CAGs) and state officials may see the provision of humanitarian aid as an impediment to their operations or freedom of action. In addition, protecting humanitarian and medical assistance operations and aid providers is a critical enabling component of providing assistance to refugees and IDPs that may be victimized as a result of their displacement. Humanitarian intelligence can help target the negotiations and humanitarian diplomacy needed to enable this protection and access while mitigating the situation.

Obtaining and effectively using humanitarian intelligence requires partnerships and collaboration. A range of stakeholders, including cooperating agencies, news outlets, and social media sources are rich with raw data. Information garnered from all of these sources needs to be assessed for validity and relevance—what intelligence analysts call vetting and validating. Before sound decisions can be made on courses of action for resource allocation, personnel or force protection, an accurate assessment of the situation on the ground is needed. Collecting information is only part of the process. The intelligence developed from that information must be timely, accurate, and relevant, and the courses of action selected must match all aspects of the situation—threat, resources, and personnel available—while considering operational practicality and political viability.

Since the intelligence needed requires depth and accuracy about a range of activities in disparate locations, collaboration is needed. This collaboration involves multiagency efforts toward intelligence production. This collaboration occurs across time and space and among multiple entities from disparate organizations. This distributed intelligence requires more than ‘information-sharing’—it requires what Sullivan in his work on terrorism early warning defines as the ‘co-production’ of intelligence. In this case, humanitarian providers in partnership with a range of agencies involved in the provision of humanitarian assistance, work together to identify and provide the intelligence needed to deliver effective aid.

Varying intelligence needs can be de-conflicted and disinformation and deception minimized by using an open and transparent process or fusion effort that protects organizational equities (such as ensuring humanitarian principles) while sharing and coproducing intelligence and insight with other actors. Similar efforts, known as CMOCs or Civil-Military Operations Centers, are used to ensure effective civil-military-humanitarian interaction in conflict zones and can be adapted to the humanitarian intelligence framework. Humanitarian intelligence needs must span all phases of humanitarian operations from pre-incident planning, through service delivery on the ground, to demobilization and transition to new missions. This requires an understanding of emerging threat potentials (strategic foresight), immediate triggers for action (early warning), and ground truth in real-time (current operations). Information must be converted to actionable intelligence that is available to all levels of decision-makers (as appropriate to their role) and must be secure from physical and cyber interruption. Doing so requires an ongoing investment in tools (geospatial intelligence and mapping), personnel capacity and skills, and relationship building (humanitarian diplomacy).

This report was originally published at OODAloop on December 17 and reprinted with the kind permission of the authors and OODAloop.