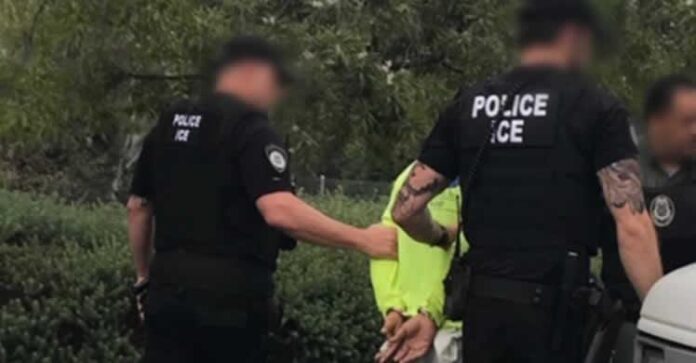 U.S. Immigration and Customs Enforcement (ICE) deportation officers arrested 20 criminal aliens and immigration violators during a five-day enforcement surge focused on immigration fugitives with a final removal order and a criminal conviction(s) or a criminal charge.

The weeklong operation, which concluded yesterday, was conducted throughout San Diego county by ICE Enforcement and Removal Operations in San Diego.

“Targeted operations like this reflect the vital public service that ERO officers do every day to protect the nation, uphold public safety and protect the integrity of our immigration laws and border control,” said Field Office Director Gregory Archambeault. “We will continue to conduct similar operations, while seeking to ultimately remove criminal aliens with a final order of removal and other immigration fugitives who pose a threat to public safety.”

During the operation, ICE deportation officers also arrested seven immigration violators, in conjunction with the targets of the operation, who were taken into ICE custody and processed for removal.

Those who were primary targets of this operation will be removed from the United States pursuant to their final order. Those without final orders of removal will be issued a notice to appear before an immigration judge and remain in ICE custody during the pendency of their removal proceedings.

These arrests were driven by leads developed by the local field office in conjunction with the Pacific Enforcement Response Center and the National Criminal Alien Targeting Center. ICE focuses its enforcement resources on individuals who pose a threat to national security, public safety and border security. However, ICE does not exempt classes or categories of removable aliens from potential enforcement. All those in violation of immigration law may be subject to arrest, detention and, if found removable by final order, removal from the United States. ICE does not conduct sweeps or raids that arrest aliens indiscriminately.