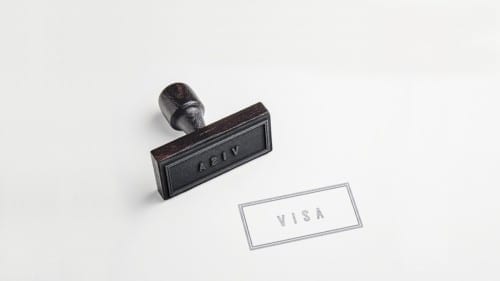 On January 8, 2021, the International Technological University (ITU) in Santa Clara, California, entered into a settlement agreement with the United States to pay $1,170,000 under the qui tam provisions of the False Claims Act, in order to settle allegations related to student visa fraud.

The Department of Homeland Security (DHS) Office of Inspector General (OIG) initiated this investigation based on allegations that between January 1, 2010 and December 31, 2015, ITU did not comply with federal immigration laws governing the issuance of student visas.  Specifically, ITU is alleged to have knowingly submitted false forms for foreign nationals seeking to qualify for a student visa, depriving the United States of visa application fees.

This matter was jointly investigated by DHS OIG, HSI, and the U.S. Attorney’s Office for the Northern District of California, Civil Division, San Francisco, California.

“Greed-driven schemes to manipulate U.S. visa laws will not be tolerated,” said DHS Inspector General Joseph V. Cuffari.  “Working with our law enforcement partners, our investigators will continue to protect the integrity of U.S. visa programs and related resources.”

“Homeland Security Investigations will not allow fraud schemes to go unchecked,” said Homeland Security Investigations (NorCal) Special Agent in Charge Tatum King.  “Institutions of higher learning should always set the example and teach students the importance of their civic responsibility to obey the law.  When an institution participates in fraud schemes, it degrades the integrity of the institution and jeopardizes the individuals the institution has been entrusted to teach at an impressionable time in their lives.  HSI is grateful for the contributions of our partners with DHS OIG, the U.S. Attorney’s Office for the Northern District of California, and USCIS on this important settlement agreement.”

Officers from U.S. Citizenship and Immigration Services’ (USCIS) Office of Fraud Detection and National Security assisted with the early investigation in 2010 and subsequently spent thousands of hours identifying hundreds of students who were not attending class as required.  USCIS San Francisco District Director John Kramar stated, “USCIS takes integrity of our immigration system seriously and will pursue fraud and misuse with enforcement agencies.”

This settlement resolves allegations originally brought in a lawsuit filed under the qui tam, or whistleblower, provisions of the False Claims Act by Concepcion Saenz-Cambra, Ph.D., an ITU employee.  Under the False Claims Act, private parties can sue on behalf of the government for false claims for government funds and to receive a share of the recovery.

Read the statement at OIG