McElhaney Coming Back to DHS as USCIS CIO 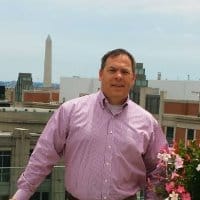 Bill McElhaney is to return to DHS as the new chief information officer at USCIS.

McElhaney has been confirmed by multiple sources as the replacement for previous CIO Mark Schwartz, according to Federal News Radio.

Schwartz left the department to join Amazon last July, and Keith Jones has been acting CIO since then. Jones is expected to return to the role of deputy CIO when McElhaney takes over. McElhaney is currently a partner for federal strategy at Integrity One, where he has worked for seven years. Before this, Schwartz served as director of Systems Development and director of Technical Architecture at ICE. He also served for 13 years at the old Immigration and Naturalization Service.

Federal News Radio quotes one source as saying McElhaney “has a good background on immigration issues, and he should help USCIS correct some of its technology challenges.”