On July 8, while Gonzalez-Soto was detained at CAFCC he collapsed and CAFCC medical personnel began life-saving efforts and contacted local paramedics. 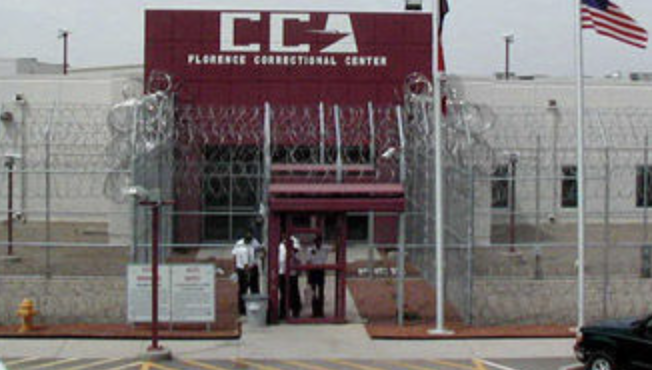 A Mexican national in the custody of U.S. Immigration and Customs Enforcement (ICE) Enforcement and Removal Operations (ERO) passed away, July 8, at Central Arizona Florence Correctional Complex (CAFCC). An autopsy is pending to determine the official cause of death.

Benjamin Gonzalez-Soto, 36, most recently entered ICE custody on June 30, upon his release from the Maricopa County Sheriff’s Office Intake Transfer Release facility and following his arrest for possession of drug paraphernalia and obstructing a highway/public throughfare. Relevant records indicate that Gonzalez-Soto had been removed to Mexico on two previous occasions, most recently in 2012.

Consistent with the ICE protocols, the appropriate components have been notified about the death, including the Department of Homeland Security’s (DHS) Office of Inspector General (OIG), and the ICE Office of Professional Responsibility (OPR). Additionally, ICE notified the Mexican consulate of Gonzalez-Soto’s death.

ICE is firmly committed to the health and welfare of all those in its custody and undertaking a comprehensive agency-wide review of this incident, as it does in all such cases. Fatalities in ICE custody, statistically, are exceedingly rare and occur at a fraction of the national average for the U.S. detained population.

The ICE Health Service Corps ensures the provision of necessary medical care services as required by ICE Performance-Based National Detention Standards and based on the medical needs of the individual. Comprehensive medical care is provided from the moment individuals arrive and throughout the entirety of their stay. All people in ICE custody receive medical, dental, and mental health intake screening within 12 hours of arriving at each detention facility, a full health assessment within 14 days of entering ICE custody or arrival at a facility, and access to daily sick call and 24-hour emergency care. Pursuant to our commitment to the welfare of those in the agency’s custody, ICE annually spends more than $315 million on the spectrum of healthcare services provided to people in ICE custody.