My Friend the Refugee 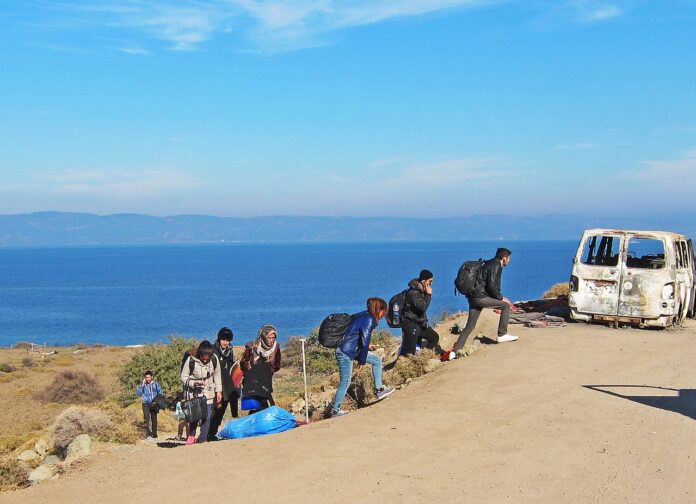 June 20th is world refugee day, and perhaps could not come at a more pivotal time in our history since there are presently 100 million people considered to be refugees around the world.

Let me share a little story about why refugees matter to me and how I got involved: It all started with a picture I can never forget. It was of a 3-year-old boy with a red shirt, blue shorts and cute shoes. The only problem was he was soaking wet and face down in the sand of a seashore. It was September of 2015 and the boy’s name was Alan Kurdi. He had drowned, and his body washed up on a Greek beach. My heart broke. Tears poured down my face. I looked over at my wife and we both knew in that moment we had been cut to the core. It was as if we had both lost a child. No parent should outlive their kids and we knew we must respond.

That was the day my eyes were opened to an unimaginable tale of tragedy. Millions of people have been forced to flee their homes because of conflict and crisis. The facts about the refugee crisis are staggering: according to CARE.org every minute, 24 people around the world are forced to flee their homes. That’s 34,000 people a day whose lives are shattered by chaos.  The largest refugee population by country are the 6.8 million Syrians that have fled, which is the equivalent of the entire cities of Los Angeles and Chicago being displaced. The war in Ukraine is projected to only magnify the crisis across Europe. With these mind-blowing numbers, what can one even do?

For me, there was only one answer: Go.  Engage.

I took several missions trips to the frontlines to try and restore some of the humanity that has been stolen. While there was little we could do in the grand scheme, we came to care for these refugees, hold space for them, and hear their stories. What we discovered was both heart-warming and gut-wrenching. Many flee unspeakable horrors like bombings and bloodshed. They travel on foot, stuffed in the trunk of a car, floating across the sea, in the hope of finding safety. But for most refugees this is just the beginning of a new season of challenges. The average refugee living environment is one of squalor.

On my first trip we visited a squat in Athens which is an “unofficial refugee location” for those unable able to get into a camp. There 300 refugees stayed on the floors of an abandoned school. Their reality was overwhelming –tight quarters, unsanitary living, no air conditioning, awful bathrooms and showers with little to no privacy. Yet, despite these conditions everyone we met were amazingly welcoming and seemed happy to see us.

Our team helped teach English and got to know many of the adults and families. We also did activities with the children, from coloring to sports games. The kids have nothing to do during the day and treasure getting to spend some energy. It was heartwarming seeing their beautiful smiles, and shouts of “my friend, my friend.” But we also saw pull backs from trauma, eyes filled with sadness, and outbursts of anger because they have been through literal hell. I heard one of the worst stories from a child whose parents were killed by the Taliban. Yes, there are orphans too.

On another trip our team helped paint and repaired a commercial building run by an NGO serving the “unaccompanied minor” population, which is almost 40% of the refugee community. The building houses 20-40 boys, most of whom had been trafficked in some fashion. It was a special moment playing soccer with them and getting our butts handed to us.

Some Afghani friends let us see their tent in a UN-run camp in Athens, on the grounds of an old soccer stadium from the 2004 Olympics.  It was a bleak outdoor sea of tents housing smaller individual tents and cots where multiple families stay. Inside the stadium were more tents and appalling living conditions. The Afghanis’ tent was under a hole in the ceiling covered by aluminum foil protecting a leak from the bathrooms above. Saying goodbye to them tears at my soul to this day.

We also shared a dinner with two Syrian families in their tiny apartment. It was an evening filled with laughter, tears, food and camaraderie.  There were hilarious group selfies, talks about marriage, family and our hopes for their future. We shed tears watching videos of Syria of before & after the War. We laughed over their story of the escape and shared the best hugs goodbye I’ve ever had.

These stories only scratch the surface of what we experience, but let me finish by telling you about Manhal, a husband and father I got to know. He and his wife Tala and their daughter escaped Syria, after he watched his friend get shot in the head by a sniper 6 feet away from him. He’s an excellent soccer player, engineer, and amazing man.  Thankfully they were relocated to Portugal where I went to visit him. It was amazing to see the new life he, his wife, and their now 2 daughters have been able to have after the tragedy they had to escape. He messaged me about our time together and what it meant to him, saying

“I love you brother. You will become uncle Brian. Me Tala and Eliaa miss you a lot – you are my friend and our family and we will all wait for you in Portugal.”

This isn’t a Ukraine or Middle Eastern crisis or a “refugee crisis,” it’s a human beings crisis. It’s easy to separate ourselves from events overseas or tell us “We have enough problems here in our own borders.” It’s also easy judge people we don’t know. I did not meet a “terrorist,” nor did I experience anti-American sentiment on these trips. We met incredible people with big hearts and significant potential. They are eager to work, and value family and community. No one was looking for handouts, they want to be leaders and make a difference. I met friends I simply did not know and left with a deeper appreciation for my own country and a substantially improved worldview.

Who is a refugee to me, well, they are my family.

Brian Haney
Brian has been in the Financial Services Business since 2003, working with a diverse group of clients representing a slice of the Washington DC marketplace. As a native of the Washington area, he grew up in Chevy Chase, Maryland, attending high school in Bethesda. He founded The Haney Company with his father in 2013, combining 2 generations of industry experience. With more than a decade of experience in Banking, Investments, Asset management and Insurance, Brian's expertise and keen insights provide organizations, businesses and individuals with unique and innovative strategies to meet their insurance needs and financial goals. It felt a lot like "getting the band back together" when they merged practices since both Brian and his brother Scott were paperboys with their father growing up! ​ Brian is active in the industry and has received much recognition during his time. He was a SunTrust Bank EdgeMaster Conference Qualifier 2006, the West Financial Group New Agent of the year in 2008, MassMutual Life Insurance Company Rising Leader 2009, 2010, 2011, MassMutual Life Insurance Company Leaders Qualifier 2009, 2010, 2011, 2013, 2016, MDRT Qualifier every year since 2009, MDRT Court of Table Qualifier every year since 2014, and a Top of the Table Qualifier every year since 2016. Brian is also a NAIFA National Quality Award recipient each year since 2013. Brian was also named one of NAIFA’s prestigious 4 Under 40 in 2017, as well as their Diversity Champion in 2018, and NAIFA's YAT Leader of the Year in 2021. Brian was honored to be one NAILBA's ID 20 winners and one of the Washington Business Journal's 2019 40 UNDER 40 winners. Brian was recognized by ThinkAdviser as a 2021 Luminary Awardee for Diversity and Inclusion. He was also Finance Monthly's Insurance & Retirement Services Leader of the year for North America in 2021. He is an active Board member of NAIFA Greater Washington, and an active MDRT volunteer leader. ​ Brian’s professional designations include: • Certified Funds Specialist (CFS®) • Certified Income Specialist (CIS®) • Certified in Long Term Care (CLTC®) • Certified Family Business Specialist (CFBS®) • Life & Annuity Certified Professional (LACP®) • Certified Association Executive (CAE) Brian was formerly a Private Banker & Investment Associate for SunTrust Investment Services, and a Licensed Banker at Wachovia bank where he began his career. Brian resides in Silver Spring, Maryland with his wife and daughter. He is a 2002 Graduate of Indiana University.