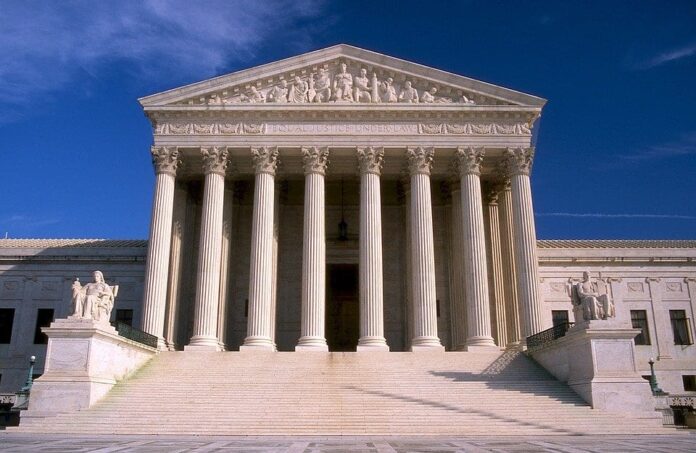 The U.S. Supreme Court rejected an appeals court’s ruling May 24, 2021, allowing the illegal reentry of a defendant in a case that could drastically change prosecutions in the U.S. Court of Appeals for the 9th Circuit.

The case involves Mexican national Refugio Palomar-Santiago who was granted permanent resident status in the United States in 1990. The following year, he was convicted of a felony and was later deported based on that conviction. The 9th Circuit concluded that Palomar-Santiago’s felony conviction was not a crime of violence, and as such did not trigger deportation proceedings. In 2017, Palomar-Santiago was in the United States and was indicted for reentering illegally after being deported. Palomar-Santiago moved to dismiss the indictment, as the crime for which he was originally deported was no longer deportable. The district court ruled that he met the required burden of proof and dismissed the indictment. On appeal, the 9th Circuit affirmed the ruling.

On October 6, 2020, the government petitioned to the Supreme Court which ruled in a unanimous decision, that the 9th Circuit’s interpretation was not correct.

There are three statutes that must be met by the defendant, the high court argued.

The question presented to the Supreme Court by the 9th Circuit was whether Palomar-Santiago is excused from making the first two of these statutes because his prior removal order was premised on a conviction that was later found not to be a removable offense. The Supreme Court handed down the decision that all three statutes must be met and does not permit such an exception.

Had the Supreme Court not overturned the 9th Circuit Court’s ruling, non-citizens with a final order of removal would have been allowed to nullify these orders without completing the necessary procedural steps as mandated by statute. This ruling allows ERO to continue to enforce the Immigration and Nationality Act as written and does not carve out special exemptions based on the 9th Circuit Court’s interpretation the law.

Share
Facebook
Twitter
Linkedin
Email
Previous articleMitigating the Threat of School Violence as the U.S. ‘Returns to Normal’ from the COVID-19 Pandemic and Beyond
Next articleRedWave Technology Awarded $14M Purchase by the U.S. Postal Inspection Service to Help Protect the Nation’s Mail