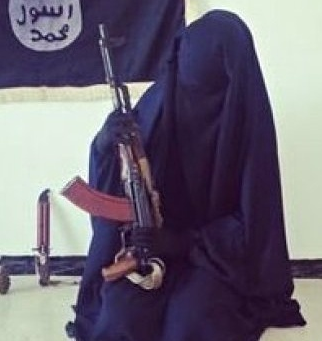 ISIS and other jihadi organizations and recruiters have moved beyond the use of traditional social media sites like Twitter and Facebook for recruiting and communication to using popular and lesser known dating websites targeting the United States and Western Europe to transmit plans and operations — as well as to recruit and radicalize, according to senior US and Western counterterrorism officials who are involved in tracking the communication avenues of jihadists communing with Western recruits.

Interviewed on strict condition of anonymity by Homeland Security Today because they aren’t authorized to talk about classified intelligence collection operations, the officials would not identify which dating websites are being exploited by jihadists, but said most of the sites being monitored are done so using specialized data mining software.

“While these sites are certainly being used to spread jihadist propaganda in an effort to recruit, these sites are also being used for communications purposes,” one of the counterterrorism officials told Homeland Security Today. The official explained communications are established through unspecified social media sites through which code names are provided for individual profiles on dating sites so that individuals can search for an individual jihadist’s online dating website name to initiate communication, which can range from recruiting purposes to providing real-time operational details to established lone wolf jihadists and jihadi cells in the West.

“This has been an overlooked social media platform that jihadists have made increasing use of,” one of the officials explained, noting that “jihadists’ communications through these [popular] dating websites are more difficult to track than social media like Twitter and Facebook.”

Indeed. Once jihadists have paid to use a dating website they can then accept and send emails back and forth. And once these jihadists are connected, they can exchange their personal email addresses which they can then use to communicate outside the dating site’s proprietary communication system.

Nevertheless, officials said specialized software has been specifically designed to data mine searches of dating websites for known and unknown jihadists who are exploiting the sites for communications and for identifying private email addresses which have been exchanged.

"We’re sort of caught in a Catch-22 situation … do we shut down their modes of web communication — like their use of dating sites — or do we leave them alone; they do provide a valuable intelligence resource when data mined correctly," explained a senior counterterrorism official on condition of anonymity because he’s not authorized to discuss intelligence matters.

Officials said the FBI has served National Security Letters (NSL) on companies that own and operate dating websites to identify private email addresses which have been exchanged between suspected jihadists to communicate outside the dating websites’ internal proprietary messaging systems.

A NSL is an administrative subpoena issued by the FBI in authorized national security investigations "to protect against international terrorism or clandestine intelligence activities.”

The Stored Communications Act (18 U.S.C. § 2709), Fair Credit Reporting Act (15 U.S.C. §§ 1681u–1681v) and Right to Financial Privacy Act (12 U.S.C. § 3414) authorized the FBI to seek information that is "relevant" to an authorized national security investigation. By law, NSLs can request only non-content information, for example, transactional records and phone numbers that have been used.

According to sources Homeland Security Today interviewed, NSLs have been served on dating websites known to be used by jihadists to communicate in an effort to monitor the sites’ proprietary email systems to identify the targets of the NSLs. Once the targets have been identified, the FBI can then petition the Foreign Intelligence Surveillance Court (FISC) for authority to access the content of the emails stored in National Security Agency (NSA) databases as well as the dating services’ proprietary servers. The NSA monitors and stores the content of all Internet-based email traffic, but can only access or divulge the actual content of the emails pursuant to a FISC warrant, or the FBI using a NSL.

In addition to ISIS and other jihadi organizations’ exploitation of popular Western dating websites, last summer it was reported that British teenager Yusra Hussien might have been lured to fight in Syria after being groomed on a jihadi dating website.

UK counterterrorism officials reportedly said 15-year-old Hussien from Bristol and another girl, a 17-year-old from Lambeth, south London, flew to Turkey in the hope of crossing into Syria. Both are believed to have been lured through a dating Twitter site called @JihadMatchmaker, which has slightly more than 500 followers and recently tweeted, JihadMatchmaker IS NOT LINKED TO ANY TERRORIST ORGANISATIONS.”

Despite that caveat, British counterterrorism officials have said the Jihadi Matchmaker Twitter site has attracted hundreds of young women who’ve becomeinfatuated with jihadi fighters they’ve met meet through the Twitter site who’ve offering themselves as available for marriage.

Last fall, the Jerusalem Post reported that the Twitter account “is trying to marry off women to jihadis, or Islamic holy warriors, in the Islamic-State-occupied parts of Syria.”

But another recent post on @JihadMatchmaker read, “Fact: Many brothers are seeking marriage, but don’t find the time to meet suitable families alongside their jihad.”

While this Twitter account might be useful in attracting female jihadi recruits, counterterrorism officials said these sorts of social media sites are routinely monitored and that it’s unlikely they’re used to convey operational details — that kind of information is going to be covertly conveyed through dating site connections jihadists know to connect with, and which are much harder to identify and monitor.

British counterterrorism officials said they believe more than 40 UK women and girls have travelled to Syria to join jihadi groups, especially ISIS. Authorities said they believe one of them, the Bristol teenage girl Yusra Hussien, was radicalized during communications with young ISIS men via the Jihadi Matchmaker Twitter site.

UK Police have since said they believe 43 girls and women have travelled from the UK to Syria.

The London-based Institute for Strategic Dialogue recently said it believes about 550 women from Western countries are currently living in ISIS-controlled territory.

Amarnath Amarasingam, a post-doctoral fellow and Islamist radicalization researcher at Dalhousie University who tracks ISIS members online, believes more than a dozen of these young women are from Canada.

In March, Newsweek reported that “ISIS [is] using similar online grooming tactics to paedophiles to lure western girls to their cause.” And it’s working throughout the West, US counterterrorism officials told Homeland Security Today on condition of anonymity.

Mia Bloom, professor of security studies at the University of Massachusetts, Lowell agreed, telling the National Post ISIS recruits Western girls in much the same manner that pedophiles prime their victims online.

Another Twitter-based dating site is @HalalMates, which has 57,000 followers. Other online sites include, Al Jihad Dating … and even an ISIS-related speed dating site reportedly established by British ISIS jihadist Abu Qa’qa Al Britani, who published an online guide for UK women who desire to find a jihadi husband.

Prospective partners are then offered a speed-dating meeting.

According to the Middle East Media Research Institute (MEMRI), a group that monitors jihadi social media, Al Britani “is a prolific writer on social media, with numerous Twitter accounts, Tumblr blogs and an Ask.fm account” who provides “advice to men and women who wish to emigrate to Syria or Iraq in order to join ISIS.”