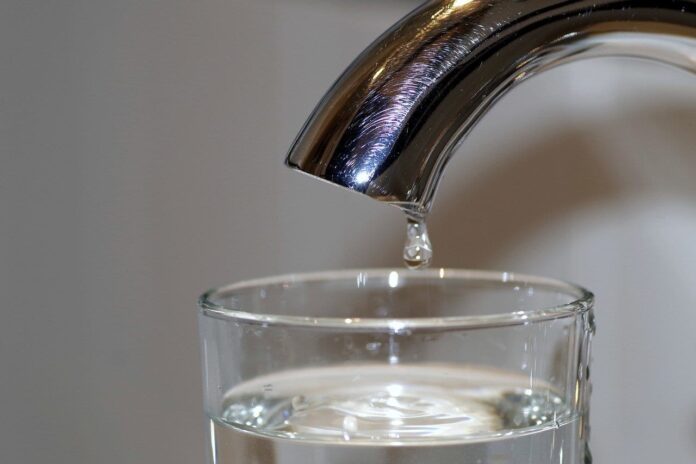 On February 5, 2021, unidentified cyber actors obtained unauthorized access to the supervisory control and data acquisition (SCADA) system at a U.S. drinking water treatment plant. The unidentified actors used the SCADA system’s software to increase the amount of sodium hydroxide, also known as lye, a caustic chemical, as part of the water treatment process. Water treatment plant personnel immediately noticed the change in dosing amounts and corrected the issue before the SCADA system’s software detected the manipulation and alarmed due to the unauthorized change. As a result, the water treatment process remained unaffected and continued to operate as normal. The cyber actors likely accessed the system by exploiting cybersecurity weaknesses, including poor password security, and an outdated operating system. Early information indicates it is possible that a desktop sharing software, such as TeamViewer, may have been used to gain unauthorized access to the system. Onsite response to the incident included Pinellas County Sheriff Office (PCSO), U.S. Secret Service (USSS), and the Federal Bureau of Investigation (FBI).

The FBI, the Cybersecurity and Infrastructure Security Agency (CISA), the Environmental Protection Agency (EPA), and the Multi-State Information Sharing and Analysis Center (MS-ISAC) have observed cyber criminals targeting and exploiting desktop sharing software and computer networks running operating systems with end of life status to gain unauthorized access to systems. Desktop sharing software, which has multiple legitimate uses—such as enabling telework, remote technical support, and file transfers—can also be exploited through malicious actors’ use of social engineering tactics and other illicit measures. Windows 7 will become more susceptible to exploitation due to lack of security updates and the discovery of new vulnerabilities. Microsoft and other industry professionals strongly recommend upgrading computer systems to an actively supported operating system. Continuing to use any operating system within an enterprise beyond the end of life status may provide cyber criminals access into computer systems.

Click here for a PDF version of this report.

The FBI, CISA, EPA, and MS-ISAC have observed corrupt insiders and outside cyber actors using desktop sharing software to victimize targets in a range of organizations, including those in the critical infrastructure sectors. In addition to adjusting system operations, cyber actors also use the following techniques:

TeamViewer, a desktop sharing software, is a legitimate popular tool that has been exploited by cyber actors engaged in targeted social engineering attacks, as well as large scale, indiscriminate phishing campaigns. Desktop sharing software can also be used by employees with vindictive and/or larcenous motivations against employers.

On January 14, 2020, Microsoft ended support for the Windows 7 operating system, which includes security updates and technical support unless certain customers purchased an Extended Security Update (ESU) plan. The ESU plan is paid per-device and available for Windows 7 Professional and Enterprise versions, with an increasing price the longer a customer continues use. Microsoft will only offer the ESU plan until January 2023. Continued use of Windows 7 increases the risk of cyber actor exploitation of a computer system.

Cyber actors continue to find entry points into legacy Windows operating systems and leverage Remote Desktop Protocol (RDP) exploits. Microsoft released an emergency patch for its older operating systems, including Windows 7, after an information security researcher discovered an RDP vulnerability in May 2019. Since the end of July 2019, malicious RDP activity has increased with the development of a working commercial exploit for the vulnerability. Cyber actors often use misconfigured or improperly secured RDP access controls to conduct cyberattacks. The xDedic Marketplace, taken down by law enforcement in 2019, flourished by compromising RDP vulnerabilities around the world.

The following cyber hygiene measures may help protect against the aforementioned scheme:

The benefit of these types of controls in the water sector is that smaller systems, with limited cybersecurity capability, can assess their system from a worst-case scenario. The operators can take physical steps to limit the damage. If, for example, cyber actors gain control of a sodium hydroxide pump, they will be unable to raise the pH to dangerous levels.

For a more secured implementation of TeamViewer software:

To report suspicious or criminal activity related to information found in this Joint Cybersecurity Advisory, contact your local FBI field office at www.fbi.gov/contact-us/field, or the FBI’s 24/7 Cyber Watch (CyWatch) at (855) 292-3937 or by e-mail at CyWatch@fbi.gov or your local WMD Coordinator. When available, please include the following information regarding the incident: date, time, and location of the incident; type of activity; number of people affected; type of equipment used for the activity; the name of the submitting company or organization; and a designated point of contact.

To request incident response resources or technical assistance related to these threats, contact CISA at Central@cisa.dhs.gov.