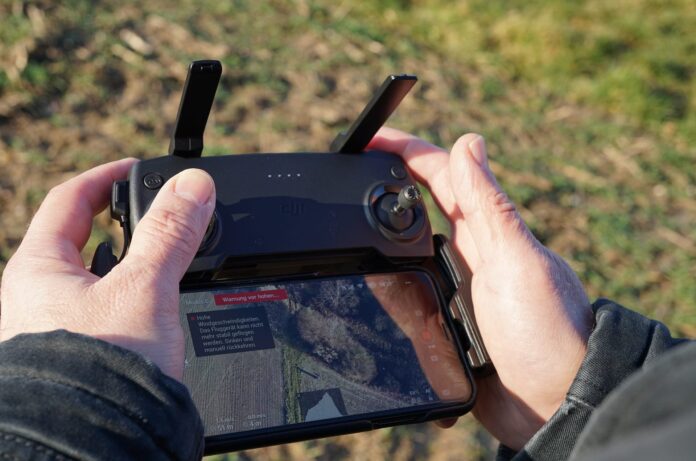 Researchers at Ben-Gurion University of the Negev (BGU) have determined how to pinpoint the location of a drone operator who may be operating maliciously or harmfully near airports or protected airspace by analyzing the flight path of the drone.

Drones (small commercial unmanned aerial systems) pose significant security risks due to their agility, accessibility and low cost.  In December 2018, for example, drones infamously caused the shutdown of Gatwick Airport in the United Kingdom. A drone also caused the suspension of flights in Frankfurt, Germany in March 2020.

While some disruptive drone use is mere carelessness, the threats from malicious use include surveillance and active attacks. Until the intention is known, aviation operators must urge on the side of caution, resulting in costly flight cancellations and airport shutdowns. There is therefore a growing need to develop methods for detection, localization and mitigation of malicious and other harmful drone operation. It is not enough to locate the drone itself, the operator must also be located.

The paper, which was led by senior lecturer and drone expert Dr. Gera Weiss from BGU’s Department of Computer Science, was presented at the Fourth International Symposium on Cyber Security, Cryptography and Machine Learning (CSCML 2020) on July 3.

It sets out a method for the localization of drone operators using only the path of the drone in the sky. The approach is based on the observation that the behavior of a drone in the air is visibly different depending on where the pilot is. An experienced external viewer can usually tell if the pilots uses First-Person-View (FPV) machinery or if they look at the drone from the east or if they look at it from a distance.

The researchers assume that the defenders are capable of tracking the path of the drone in the sky, and show that this information is enough to gain valuable information on the location of the operator. While the path can be measured from a relatively large distance, it contains information because the operators usually react to environmental conditions such as sun dazzle, obstructions, etc.

The team’s experiments show that the reactions of the operators to these conditions gives away enough information for obtaining substantial information about the location of the operator by analyzing the path of the drone in the sky. Using this method, defenders of an airport, for example, could block the line of sight of the pilot of an infiltrating drone.

“Currently, drone operators are located using RF techniques and require sensors around the flight area which can then be triangulated,” says lead researcher Eliyahu Mashhadi, a BGU computer science student. “This is challenging due to the amount of other WiFi, Bluetooth and IoT signals in the air that obstruct drone signals.”

The researchers trained a deep neural network to predict the location of drone operators. When tested in simulated drone paths, the model was able to predict the operator location with 78% accuracy. The next step in the project would be to repeat this experiment with data captured from real drones.

“Now that we know we can identify the drone operator location, it would be interesting to explore what additional data can be extracted from this information,” says Dr. Yossi Oren, a senior lecturer in BGU’s Department of Software and Information Systems Engineering and head of the Implementation Security and Side-Channel Attacks Lab, who also contributed to the research. “Possible insights would include the technical experience level and even precise identity of the drone operator.”