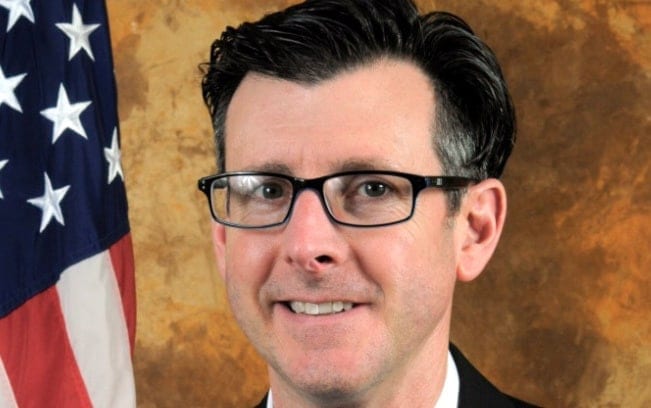 Kroll, a global leader in risk mitigation, investigations, compliance, cyber resilience, security, and incident response solutions, today announced the appointment of Timothy Gallagher as a managing director in its Cyber Security and Investigations practice based in New York. Gallagher is a highly regarded law enforcement executive who served with great distinction for over two decades with the Federal Bureau of Investigation. Most recently, he was the Special Agent in Charge of the FBI’s Newark, N.J., office, where he managed more than 800 professionals. Gallagher brings with him a broad array of investigative experience spanning the areas of financial fraud, including matters involving the Foreign Corrupt Practices Act, and cyber-related criminal activities.

“Tim’s exemplary track record dovetails well with Kroll’s commitment to our global clientele. His investigative tenacity and expertise coupled with his sophisticated knowledge of digital threats will enable him to make an immediate impact,” said Jason Smolanoff, senior managing director and Global Cyber Security practice leader for Kroll. “Most significantly, his demonstrated capacity to lead and to solve complex problems further reinforces the extraordinary team of professionals we have at Kroll.”

“Tim understands the complexities of today’s global risk landscape, especially how cyber security challenges amplify those risks,” said David Fontaine, chief executive officer of Kroll and its parent, Corporate Risk Holdings. “He will bring a uniquely informed perspective and pragmatic guidance to our clients looking not only to manage active threats, but also to develop and refine enterprise risk management programs to protect their people, assets, and reputation.”

In 2016, Gallagher was elevated to Special Agent in Charge of the FBI’s Newark Division, the agency’s seventh-largest field division. In addition to managing the entire office, he administered the multi-agency Joint Terrorism Task Force responsible for identifying and mitigating all terrorist threats throughout the state of New Jersey.

The year prior to this appointment, Gallagher served at the FBI’s Headquarters in Washington as deputy assistant director of the Criminal Investigative Division, the largest division in the FBI. In this capacity, Gallagher focused on developing and executing effective strategies to mitigate globalized criminal threats with an economic nexus. He regularly collaborated with UK, Canada, Australia, and New Zealand law enforcement counterparts to combat fraud, money laundering, and cyber threats.

From 2012-2015, Gallagher was the Special Agent in Charge of the Criminal and Cyber Division in the Washington, D.C., Field Office. During this time, he played leading roles in several crises and noteworthy investigations, including the September 2013 Washington Naval Yard shooting and a global interest rate investigation (LIBOR). Gallagher also led the multijurisdictional, multi-agency investigation that resulted in the subsequent prosecution of foreign-based cyber hackers, whose victims included government officials and high-net-worth individuals. Earlier in his tenure with the FBI, in 2010-2011, Gallagher was section chief, Cyber Division at FBI Headquarters, where he directed the transformation of the FBI’s Cyber Program to meet ever-changing threats, such as those that arose in this case.

In another ground-breaking initiative as SAC in the Washington Field Office, Gallagher conceptualized and established a program to jointly address violations of the FCPA and intellectual property crimes, focusing on proactive outreach to the private sector. His work on this initiative was informed by his role in 2011-2012 as Section Chief, Financial Crimes, where he managed the largest investigative program inside the FBI Criminal Investigative Division focused on complex corporate fraud, health care fraud, bank fraud, and intellectual property rights.