Arrests and prosecution will be sought when supported by the facts and the law. 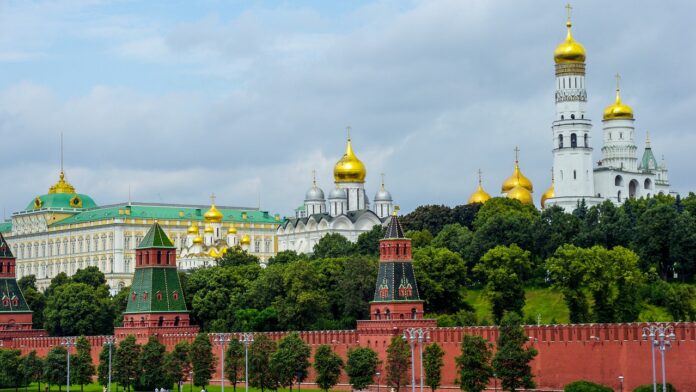 Today, Attorney General Merrick B. Garland announced the launch of Task Force KleptoCapture, an interagency law enforcement task force dedicated to enforcing the sweeping sanctions, export restrictions, and economic countermeasures that the United States has imposed, along with allies and partners, in response to Russia’s unprovoked military invasion of Ukraine. Task Force KleptoCapture will ensure the full effect of these actions, which have been designed to isolate Russia from global markets and impose serious costs for this unjustified act of war, by targeting the crimes of Russian officials, government-aligned elites, and those who aid or conceal their unlawful conduct.

“The Justice Department will use all of its authorities to seize the assets of individuals and entities who violate these sanctions,” said Attorney General Merrick B. Garland. “We will leave no stone unturned in our efforts to investigate, arrest, and prosecute those whose criminal acts enable the Russian government to continue this unjust war. Let me be clear: if you violate our laws, we will hold you accountable.”

“To those bolstering the Russian regime through corruption and sanctions evasion: we will deprive you of safe haven and hold you accountable,” said Deputy Attorney General Lisa O. Monaco. “Oligarchs be warned: we will use every tool to freeze and seize your criminal proceeds.”

Task Force KleptoCapture will be run out of the Office of the Deputy Attorney General and staffed with prosecutors, agents, analysts, and professional staff across the Department who are experts in sanctions and export control enforcement, anticorruption, asset forfeiture, anti-money laundering, tax enforcement, national security investigations, and foreign evidence collection. It will leverage all the Department’s tools and authorities against efforts to evade or undermine the economic actions taken by the U.S. government in response to Russian military aggression. The mission of the Task Force will include:

The Task Force will be fully empowered to use the most cutting-edge investigative techniques — including data analytics, cryptocurrency tracing, foreign intelligence sources, and information from financial regulators and private sector partners — to identify sanctions evasion and related criminal misconduct.

Arrests and prosecution will be sought when supported by the facts and the law. Even if defendants cannot be immediately detained, asset seizures and civil forfeitures of unlawful proceeds — including personal real estate, financial, and commercial assets — will be used to deny resources that enable Russian aggression. Where appropriate, information gathered through Task Force investigations will be shared with interagency and foreign partners to augment the identification of assets that are covered by the sanctions and new economic countermeasures.

Task Force KleptoCapture will complement the work of the transatlantic task force announced by the President and leaders of the European Commission, France, Germany, Italy, the United Kingdom, and Canada on Feb. 26, which has a mission to identify and seize the assets of sanctioned individuals and companies around the world.

Task Force KleptoCapture will be led by a veteran corruption prosecutor assigned to the Deputy Attorney General’s Office from the U.S. Attorney’s Office for the Southern District of New York. This prosecutor has a long and successful track record of investigating Russian organized crime and recovering illicit assets. The Task Force leadership will include Deputy Directors from both the National Security and Criminal Divisions, and more than a dozen attorneys from these divisions, as well as the Tax Division, Civil Division, and U.S. Attorneys’ Offices across the country.

The Task Force is authorized to investigate and prosecute any criminal offense related to its mission, including conspiracy to defraud the United States by interfering in and obstructing lawful government functions; money laundering; false statements to a financial institution; bank fraud; and various tax offenses. The maximum penalty under several of these authorities is 20 years in prison.