‘Hitler Youths’ and the Rise of Teenage Far Right Extremists 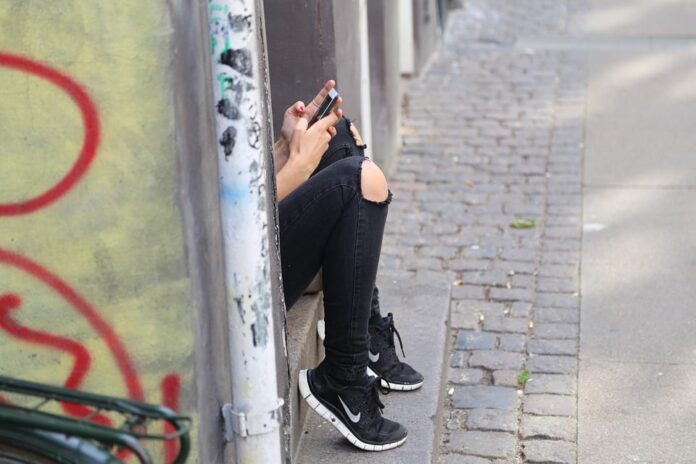 The U.K. HOPE not hate campaign has uncovered a new neo-Nazi group operating in Britain. Shockingly all its members are children.

The campaign says in a new report that a Derby-based teenager, approximately 15 years old, is leading a new extreme far-right group called the ‘The British Hand’. The underage group, which originated on Instagram, discuss attacking migrants in Dover, how to acquire, modify and make weapons and how to hide their political views in order to be able to enlist in the military.

Glorifying the terrorist perpetrators of the Utøya, Charleston, Bærum mosque and Christchurch atrocities, the group and their teen leader boast that The British Hand are “gonna be bigger than them”, eerily striking paramilitary poses at an airsoft gun range.

Airsoft is a hobby for some of the members in the group and while it is only a simulation of war involving replica guns, their interest in weapons does not end with plastic bullets. In the chat, members discuss how airsoft guns can be modified to make them cause real harm and other ways to acquire real weapons and explosives online. In a message that was deleted just minutes after being sent, a user wrote: “Mate it’s a code. When we say airsoft we mean real weapons and shit”.

The group is rife with antisemitism but Muslims and migrants are their primary targets. Worryingly, the messages in their closed chat group, which HOPE not hate has seen, show a consensus around the necessity for violence. When the leader posted that he was planning an attack against Dover migrants, he received support from other members in the group. Other members similarly stressed their willingness to commit violent attacks. One writes of Muslims in London that they are “gonna mow em down”.

Earlier this year an Estonian made headlines as the leader of Feuerkrieg Division (FKD). The group gained notoriety on the messaging app Telegram because of its extreme content and calls for terrorism by a leader who called himself “Commander”. Such terror-advocating, decentralized nazi networks have become increasingly common over the past two years, and FKD soon had members in several European countries and North America. Commander posted pictures of himself in what looked like combat gear, bragged about his extensive collection of far-right literature and urged other users to bomb federal buildings. Unknown to the group’s members, however, Commander was just 13 years old.

Last year a 17 year old from Durham was convicted of planning a terrorist attack (when he was 16), and had attempted to order bomb making materials from a contact in the U.S. He is the youngest person to be convicted of planning terrorism in the U.K. The teenager wrote about race war and listed locations he planned to attack in his personal notes, and described himself as a “natural sadist”.  HOPE not hate says two trials of a 15 and a 16 year old for terrorism related-charges are coming up in the U.K. Both are alleged to have been involved in the FKD, the group run by the 13 year old Estonian boy.

In its report, the campaign details the emergence of the trend where children are sucked into the world of neo-Nazis and groomed to push hate across their digital worlds, leading to extreme radicalization.

The report says children as young as 12 and 13 years old are being drawn into extreme far-right circles where they find a warm welcome from existing, and often older, activists. Once inside they are urged to consume extreme far-right propaganda texts, ask their friends to join and are subsequently exploited by the group to appeal to an ever younger audience.

It gives various examples, including archived conversations from the Discord group server, which has since been deleted. “Any age is welcome to learn here. The younger you start the better”, wrote the admin of the small but extreme Discord group earlier this spring, after a new member had admitted to being 13 years old.

In another chat with approximately 400, mostly British, members on Telegram, a user identifies himself as being 13 years old. As opposed to the Discord server, this group doesn’t vet new members, and the 13 year old starts off bluntly by saying that he is looking for “gay chats”. Considering the harsh tone of this chat, it is not surprising that he is misunderstood and ridiculed, as the group belived him to be gay himself. But he clarifies: “I want to tell gays to kill themselves”. The clarification ends the abuse and one user directs him to gay far-right figure, Milo Yiannopoulos’ chat.

The report says it is an understandable assumption that many will move on from the political views they held as children; but warns not to minimize a serious issue. “Are memes urging people to blow up places of worship, which a Swedish 14 year old produced and posted on Telegram, or “jokes” about killing “600 gays”, as another 13 year-old wrote in a British Telegram chat in December, comparable to other forms of teenage rebellion?”

Does it make a difference if it is a 13 year old or a 30 year old calling for a mosque to be blown up? While the 30 year old may have more means to carry out an attack, online radicalization can be done by anyone, and people tend to gravitate towards their peers meaning that a young person’s call for hate may be heard more loudly from others of the same age, and reach a greater number.

Another very real concern is that these youths could be spotted by larger groups and swept up in their activities before they have a chance to mature their ideas or “grow out of” their views.

Children and teenagers have long been used by criminals and terrorist groups for two primary reasons: Their involvement is unexpected – that boy riding his bike outside a sports stadium with his schoolbag may not raise the same suspicions as an adult loitering with a backpack would. Secondly, jail sentences for younger offenders have historically been lenient. But that may be about to change.

Currently, life term imprisonment can only be given to offenders over the age of 21. But various credible media reports say British government ministers plan to reduce this age for exceptional cases, such as terrorism. The BBC, for example, says this is expected to be part of radical sentencing reforms to be announced in a U.K. government white paper this week.

For years, parents have worried about what their children may be exposed to on the internet and social media, now law enforcement must also be concerned about how these children may be using their online skills.

Read the full report at HOPE not hate