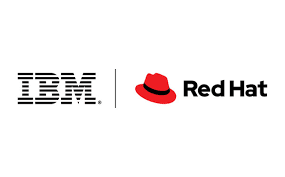 IBM and Red Hat  have closed the transaction under which IBM acquired all of the issued and outstanding common shares of Red Hat for $190.00 per share in cash, representing a total equity value of approximately $34 billion.

Together, IBM and Red Hat will offer a next-generation hybrid multicloud platform. Based on open source technologies, such as Linux and Kubernetes, the platform will allow businesses to securely deploy, run and manage data and applications on-premises and on private and multiple public clouds.

“When we talk to customers, their challenges are clear: They need to move faster and differentiate through technology. They want to build more collaborative cultures, and they need solutions that give them the flexibility to build and deploy any app or workload, anywhere,” said Jim Whitehurst, president and CEO, Red Hat. “We think open source has become the de facto standard in technology because it enables these solutions. Joining forces with IBM gives Red Hat the opportunity to bring more open source innovation to an even broader range of organizations and will enable us to scale to meet the need for hybrid cloud solutions that deliver true choice and agility.”

Red Hat will continue to be led by Jim Whitehurst and its current management team. Whitehurst is joining IBM’s senior management team, reporting to Ginni Rometty. IBM will maintain Red Hat’s headquarters in Raleigh, North Carolina, its facilities, brands and practices. Red Hat will operate as a distinct unit within IBM and will be reported as part of IBM’s Cloud and Cognitive Software segment.

IBM’s cloud revenue has grown from 4 percent of total revenue in 2013 to 25 percent today. For the 12-month period through the first quarter of this year, IBM’s cloud revenue grew to over $19 billion. The Red Hat acquisition is expected to contribute approximately two points of compound annual revenue growth to IBM over a five-year period.

IBM and Red Hat have worked together for more than 20 years to make open source the default choice for modern IT solutions. This includes the importance of open governance and helping open source projects and communities flourish through continued contribution.

Red Hat’s business model helped bring open source – including technologies like Linux, Kubernetes, Ansible, Java, Ceph and many more – into the mainstream for enterprises. Today, Linux is the most used platform for development. Red Hat Enterprise Linux alone is expected to contribute to more than $10 trillion worth of global business revenues in 2019. By 2023, an additional 640,000 people are expected to work in Red Hat-related jobs.

Red Hat will continue to build and expand its partnerships, including those with major cloud providers, such as Amazon Web Services, Microsoft Azure, Google Cloud and Alibaba.