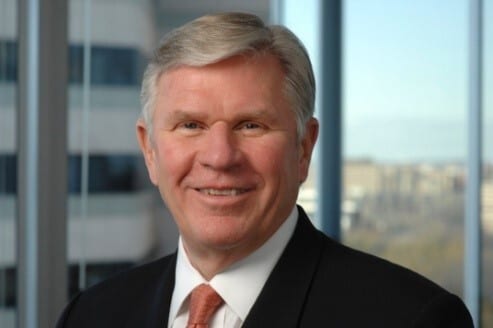 The NCC is an organization for cyber innovation and awareness. NCC was established in 2016 from the vision of former Colorado Governor John Hickenlooper, in coordination with several people from the University of Colorado, Colorado Springs (UCCS) and the community. The NCC serves both public and private organizations and individuals through training, education and research.

Along with this role, Raduege is a senior counselor with The Cohen Group. He is a former Director of the Defense Information Systems Agency and Manager of the National Communications System. He also led efforts to upgrade Presidential and national security communications through a $1 billion transformational communications program. He was later appointed by the Secretary of Defense as the Deputy Commander for Global Network Operations and Defense for the U.S. Strategic Command and as the first Department of Defense Commander of the Joint Task Force for Global Network Operations.

Following military retirement, Raduege served as Chairman of the Deloitte Center for Cyber Innovation and Managing Director for Cyber Risk Services for Deloitte & Touche LLP. He co-chaired the Center for Strategic and International Studies (CSIS) Commission on Cybersecurity for the 44th Presidency and was a Senior Advisor to the Task Force on Cybersecurity for the 45th Presidency. He also served as a Special Government Employee within the Department of Homeland Security, on the Board of Governors of the United Services Organization (USO), and as Managing Partner of the RIDGE-LANE LP, Information Technology Practice.

General Raduege currently serves on the Board of Trustees at Capital University, as a Senior Advisor to the Air Force Association’s “CyberPatriot” program; on the Ohio Governor’s “CyberOhio” Advisory Board; and as a Senior Cybersecurity Advisor to the President, University of Maryland Global Campus. Throughout his career, he has worked at executive levels in communications, command and control, emergency preparedness, Cyberspace and Cybersecurity, continuity of government, and in satellite, space, information and network operations.

“General Raduege’s resume, reputation and character are impeccable,” said Mark Weatherford, NCC Chief Strategy Officer and Member, Board of Directors. “For many years he has led organizations in the development of technology and partnerships to shape cybersecurity throughout our nation. He has deepexperience and knowledge that will contribute to the NCC’s continued growth in this critical field. We look forward to his leadership.”