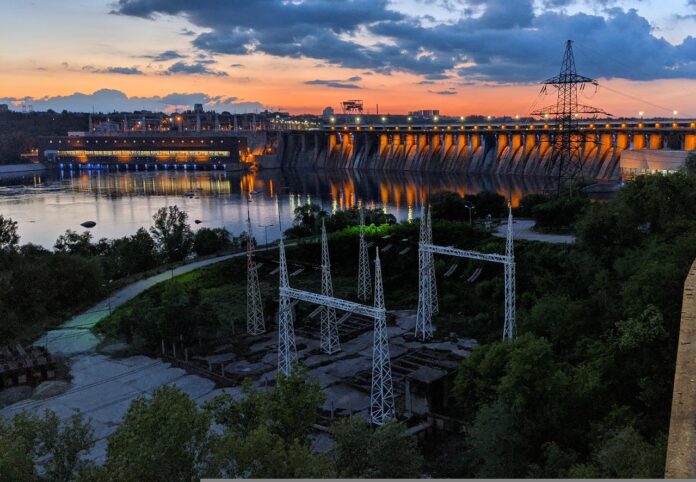 The Department of Energy is using emergency appropriations “to support Ukraine’s full integration into Europe’s electricity grid, with a focus on cybersecurity support for Ukraine’s electric grid sector,” Assistant Secretary of Energy for International Affairs Andrew Light told the House Foreign Affairs Subcommittee on Europe, Energy, the Environment and Cyber on Thursday.

Light said that DOE and government partners are “redoubling our efforts to bolster European energy security” as “this conflict starkly reinforces the national security importance of our energy investments, our energy transitions, and those of our allies.”

“We’re working to support Europe’s energy security in three ways. First, accelerating the transition to energy sources that are not susceptible to foreign manipulation,” Light said.  “This includes supporting Ukraine’s desynchronization with the Russian energy grid and integration into the European electricity grid, where it could eventually export clean, nuclear, and renewable energy to all of Europe. Secondly, replacing Europe’s natural gas volumes without creating global market instability. And third, facilitating multinational and public-private collaboration in energy innovation to multiply the options available for diversification and decarbonization of energy supply.”

“Any discussion on European energy security today must include Ukraine. Ukraine’s nuclear power generation capacity alone could reduce Europe’s dependence on Russian coal and gas once Ukraine is able to export electricity to Europe.”

Light said that “part of the focus on cyber and physical security will help ensure Ukraine’s connections to the grid remain reliable and stable.”

“We are in the process of transferring $10 million now to our national labs with deep expertise on cyber and physical energy infrastructure security,” he continued. “And despite the ongoing war, we expect their work will soon commence in earnest. Looking beyond just Ukraine, we need to provide near-term support to our European allies, as the chairman and the ranking member said at the top, to ensure that they are able to withstand more potential shutdowns from Russia and have the resources to make it through the upcoming winter.”

The department is utilizing the Partnership for Transatlantic Energy and Climate Cooperation, which provides technical policy and commercial support to 24 countries in Eastern and Central Europe, “to help our European allies with both their diversification and decarbonization objectives, with work streams focusing on regional cybersecurity of electricity and grids, deployment of commercial nuclear energy to provide clean baseload power, investment in renewable energy and efficiency measures, and to catalyze regional net zero work.”

Harry Kamian, principal deputy assistant secretary of the Bureau of Energy Resources at the State Department, told lawmakers that Russian President Vladimir Putin’s “unprovoked war on Ukraine has caused a major shift in Europe’s approach to its energy security and has upended the world’s energy map.”

“The United States and Europe are now united in our determination to stand up to Russia to ensure Europe’s energy security and to accelerate the clean energy transition. The United States is leveraging multilateral diplomacy to address global oil shortfalls and to assist European countries in finding alternative supplies,” Kamian said. “This will take time. In 2021, Russia provided approximately 45 percent of the EU’s total natural gas imports and 27 percent of oil imports. Putin’s war and subsequent natural gas cutoffs to Poland, Bulgaria, Finland, the Netherlands, and others have destroyed the illusion that Russia is a reliable supplier of energy.”

Jake Levine, chief climate officer at the U.S. International Development Finance Corporation, told lawmakers that Ukraine and Eastern Europe “are not just places in need of strategic investment from the West, but can become hubs of energy security for the West.”

“To that end, we are identifying opportunities for East-West cohesion that can connect to the energy grids from Ukraine, Bulgaria, and Romania, to serve Poland, the Western Balkans, and places to the West,” he said.