How States Are Changing the Face of Emergency Management

Every disaster or emergency presents a challenge to emergency managers – what resources to commit, who is needed to respond, when to pull what levers for support, where to put people, and how to recover. Lessons from past events inform how we respond to future emergencies but are only part of the equation. As emergency managers, we need to look at innovative methods, technologies, and tools to prepare for disasters and make our communities more resilient. It takes a village, and our roles are unique in that we work every day to pull that village together.

The critical message of resilience needs to be tailored to speak clearly to all communities, coupled with education about smart financial planning and honed at the federal level with fresh collaboration, said the Federal Emergency Management Agency’s preparedness chief. “The toughest part is knowing that we have so much to do – more specifically, so much to do to move the needle on creating a true culture of preparedness in the United States,” Deputy Administrator for Resilience Daniel Kaniewski told HSToday.

CISA’s Brian Harrell Focuses on Building Culture of Resiliency, One Threat at a Time

On the heels of a “bomb cyclone” that slammed the Missouri River Basin with catastrophic flooding and more than a billion dollars in damage, Brian Harrell heads for Nebraska. The mission of the assistant secretary for infrastructure protection is to visit various critical sectors – from public and private electric utility plants to chemical plants – and to discuss with federal and state emergency management leaders the devastation of the recent severe flooding, address security at a chemical facility, and meet with the Nebraska State Police. “Today I was able to witness the flooding devastation in Nebraska firsthand,” Harrell told Homeland Security Today on Thursday, adding that his department, the Cybersecurity and Infrastructure Security Agency (CISA), “is dedicated to providing assistance, expertise, and assessments to our dams, utilities, chemical plants, and infrastructure owners and operators in Nebraska.”

The very first steps for achieving an outcome of readiness and resilience involve understanding that preparedness looks different in different cultural contexts. In every U.S. community, we are likely to find more than one cultural group. Let us take Houston as an example. Houston was ranked the most racially and ethnically diverse large metropolitan area in the U.S. in 2017. The area is home to people from diverse ethnic, racial, cultural and religious backgrounds, including African-Americans, Latinos, Vietnamese-Americans, Chinese-Americans, Indian-Americans, and Anglo-Americans, among others. It is also home to people with diverse livelihoods (rural/urban), values, worldviews and languages. Recognition and action to support such local diversity requires ground-up engagement that can identify local successes. Even if people share a geography, there are many invisible cultural values that can distinguish them. Each community’s perception of risk and way of coping with disaster is conditioned by its cultural identity and social history.

The recent earthquake in Southern California, flooding in the Midwest, and landfall of Hurricane Barry are constant reminders that we live in a nation with diverse risk for natural hazards. It’s no secret that hazard risks change over time. Planning for risk at state, territorial, tribal, and local levels not only saves lives but is a vital part of protecting a community’s economy. For example, according to a 2018 study conducted by the National Institute of Building Sciences, tougher requirements in building codes have saved $6 for every $1 spent – which indicates that the use and enforcement of up-to-date codes, specifications, and standards will enhance community resiliency and save money over time.

How Intelligence Can Map Wildfire Risk and Help Reduce Catastrophes

Fire season is here again. Actually, in the Northern Hemisphere – especially California – there are two distinct fire seasons that essentially overlap: a heat-driven summer fire season from June through September and wind-driven ‘Santa Ana’ fires from October through April. In the United States, an average of 100,000 wildfires (also known as wildland fires) burn 4 to 5 million acres each year. Drought, extreme heat, thunderstorms, and arsonists contribute to the risk. The risk of conflagration is amplified where the forest, chaparral, or bush meets the population. Especially risky fires occur at this ‘urban-wildland’ interface because of the increased damage to populated regions, their buildings and economies.

Over the past two years, we’ve witnessed horrible destruction from hurricanes, flooding, tornadoes and wildfires throughout the country. At the same time, we have also seen how proper preparation, alerts and warnings help the public take necessary precautions to ensure their safety for all kinds of disasters. All disasters and emergencies happen locally. While first responders are gearing up to respond to the initial effects of an incident, it is the responsibility of local officials to rapidly and effectively communicate to the public what actions they should take to protect themselves. FEMA’s Integrated Public Alert and Warning System (IPAWS) can help communities take proactive and protective action before a disaster strikes.

Hatfill, a onetime biodefense researcher at Fort Detrick, was wrongly accused of sending the 2001 anthrax letters and subsequently received a multimillion-dollar settlement from the U.S. government and official public exoneration from the Justice Department. He is currently an adjunct assistant professor in the Department of Microbiology, Immunology, and Tropical Medicine at George Washington University. In a presentation at the Biodefense World Summit in Bethesda, Md., Hatfill emphasized that rapid detection of emerging outbreaks is useless without an effective rapid-response plan — and in terms of the pandemic influenza threat, “we’re stuttering.” A “consequence management” approach, he said, will tell emergency managers what rapid diagnostic tools are necessary.

FEMA Ready Report: Is Your Community Financially Prepared for Disaster?

FEMA’s research, and that of our partners, now paints a compelling picture on the link between financial wellness and disaster preparedness. We know that Americans with higher income take more preparedness actions. We also know that emergency savings makes a big difference in helping families recover more quickly after disasters. However, a 2017 Federal Reserve report found 40 percent adults would not have the cash readily available if faced with a $400 emergency expense. So, at a time when the evidence points toward the importance of savings, many Americans are not in a position to take action.

California is embarking on a statewide experiment for which we have not fully planned. All the major utilities in California now have a Public Safety Power Shutdown (PSPS) plan that will give the public at best 48 hours’ notice that their power will be shut off for multiple days. These shutdowns will affect not only people who live in wildland areas, but also people who live on a circuit that traverses a wildland area. There is unequivocal agreement that California must reduce the number of destructive and deadly fires occurring in a climate-changing world. But is the cure worse than the disease? Most of the public is oblivious as to what is at stake and there is not consistency in what local governments will do to keep their communities safe from the multitude of impacts that will likely occur.

Individuals can take active roles in protecting themselves and their property from wildfire. In addition to having the appropriate homeowner or renter’s insurance coverage, there are other proactive steps you can take to prevent damages and the loss of homes from wildfires. Wildfires happen anywhere and are becoming larger and more destructive. It is critical that the message of wildfire preparedness should include activities that homeowners can take to mitigate risks to lives and property. Since 2017, wildfires nationwide have resulted in $25 billion in property loss. The 2017 and 2018 wildfire seasons in the state of California have been the most destructive in its history, covering 187,000 acres and destroying 24,600 structures.

How to Include the LGBT Community in Disaster Preparedness

If people don’t feel welcome in a disaster shelter, or don’t feel included when seeking disaster assistance, they will be slower to recover from the disaster and it could have an impact on their safety and/or health. Preparedness planners often discuss and think about vulnerable populations like seniors, people with disabilities, or people with limited English proficiency, and the planning concerns that need to be considered in order to inclusively plan for the needs of the whole community. Considerations for the LGBT+ community often haven’t been included in these plans, even though LGBT+ people may be particularly vulnerable following a disaster. 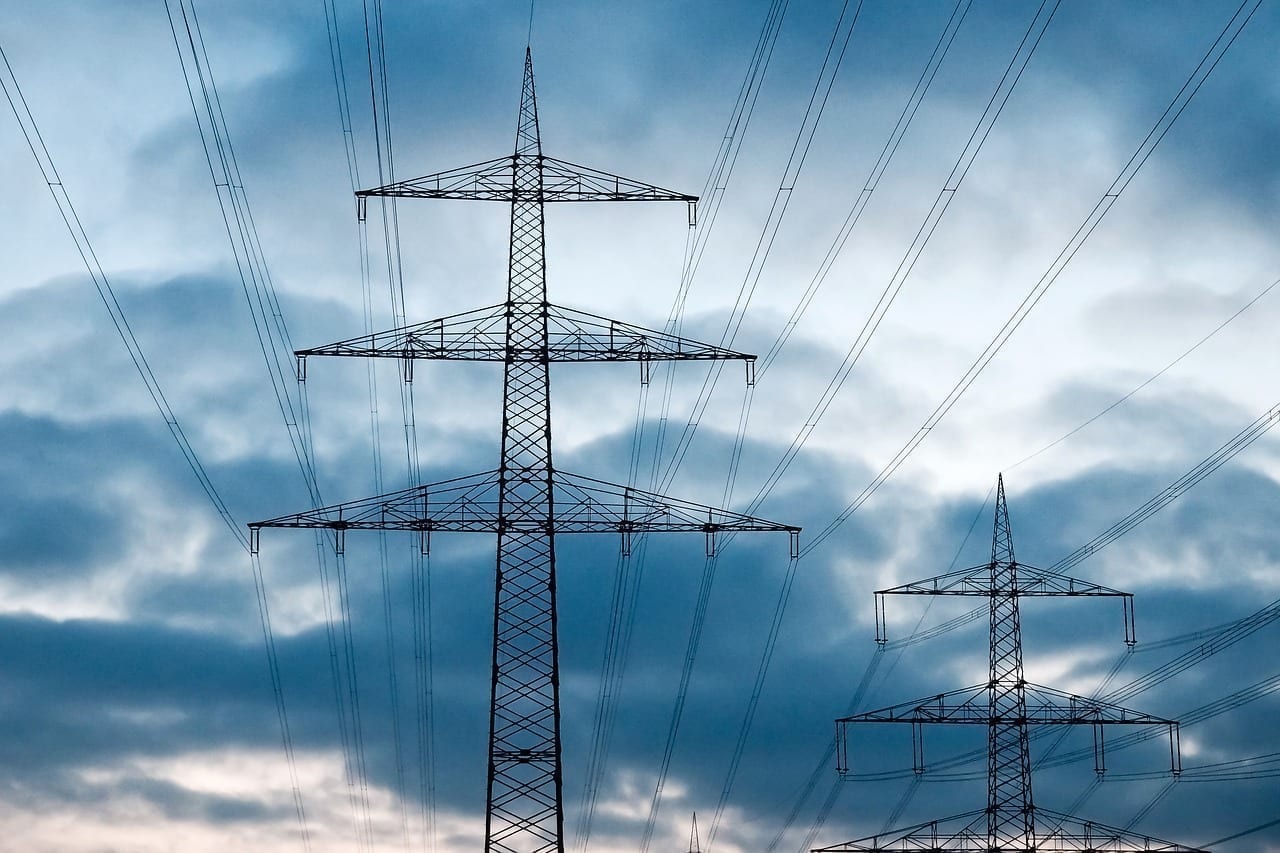 Matthew Wombacher, who has led NICC since July 2017, told HSToday about his “quick indoctrination into large-scale operations” when he assumed his role, as storms that year ravaged the Caribbean and Florida. Working with FEMA’s National Business Emergency Operations Center, NICC has “worked to integrate the private sector into the operation, into the decision-making process so they have a place at the table” with invaluable information sharing and daily calls. “2017, we had on the order about 57 days when we had calls with about 40,000 people — what our math tells us — who participated in that,” Wombacher said.

The Federal Emergency Management Agency is focused on “stabilizing the core infrastructure and the core environment” to keep the agency and its partners securely connected during a crisis, including upgrading aging infrastructure to support the latest security controls, said the agency’s acting deputy chief information officer for disaster operations. “The biggest concern and the biggest issue as we move to the cloud is to ensure it’s a secure move, that the data is secure, that the environment is secure… ensuring that we have a secure connection is critical,” Scott Bowman, who has more than two decades of experience at FEMA, told HSToday at the Government Technology & Services Coalition’s Emergency Management 2019 event.

CISA hosted the 10 individuals and five teams competing in the finals virtually this week. This year’s winning team was composed…

To help address growing wildfire-related challenges in America, the U.S. Geological Survey is rolling out a new Wildland Fire Science Strategy that…

CISA hosted the 10 individuals and five teams competing in

A Marine Safety Information Bulletin issued this month cautions the