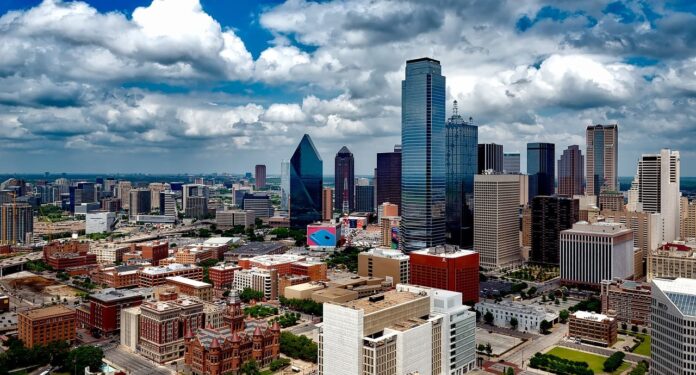 Scientists from SMU, The University of Texas at Austin and Stanford University found that the majority of faults underlying the Fort Worth Basin are as sensitive to forces that could cause them to slip as those that have hosted earthquakes in the past.

The new study, published July 23rd by the journal Bulletin of the Seismological Society of America (BSSA), provides the most comprehensive fault information for the region to date.

Fault slip potential modeling explores two scenarios: a model based on subsurface stress on the faults prior to high-volume wastewater injection and a model of those forces reflecting increase in fluid pressure due to injection.

None of the faults shown to have the highest potential for an earthquake are located in the most populous Dallas-Fort Worth urban area or in the areas where there are currently many wastewater disposal wells.

Yet, the study also found that the majority of faults underlying the Fort Worth Basin are as sensitive to forces that could cause them to slip and cause an earthquake as those that have hosted earthquakes in recent years.

Though the majority of the faults identified on this map have not produced an earthquake, understanding why some faults have slipped and others with similar fault slip potential have not continues to be researched, said SMU seismologist and study co-author Heather DeShon, who has been the lead investigator of a series of other studies exploring the cause of the North Texas earthquakes.

Earthquakes were virtually unheard of in North Texas until slightly more than a decade ago. But more than 200 earthquakes have occurred in the region since late 2008, ranging in magnitude from 1.6 to 4.0. A series of studies have linked these events to the disposal of wastewater from oil and gas operations by injecting it deep into the earth at high volumes, triggering “dead” faults nearby.

The study found that the faults remained relatively stable if they were left undisturbed. However, wastewater injection sharply increased the chances of these faults slipping, if they weren’t managed properly.

“That means the whole system of faults is sensitive,” said the lead author of the study Peter L. Hennings, a research scientist from UT Austin’s Bureau of Economic Geology and the principal investigator at the Center for Integrated Seismicity Research (CISR).